I don't think I'd ever seen one before — not in the 14 summers I've been walking around and through the Renaudière vineyard with the dog. Two dogs, actually: first Collette and now Callie. I first saw what I've learned is an escargot de Bourgogne a month or so ago. I didn't have my camera with me. 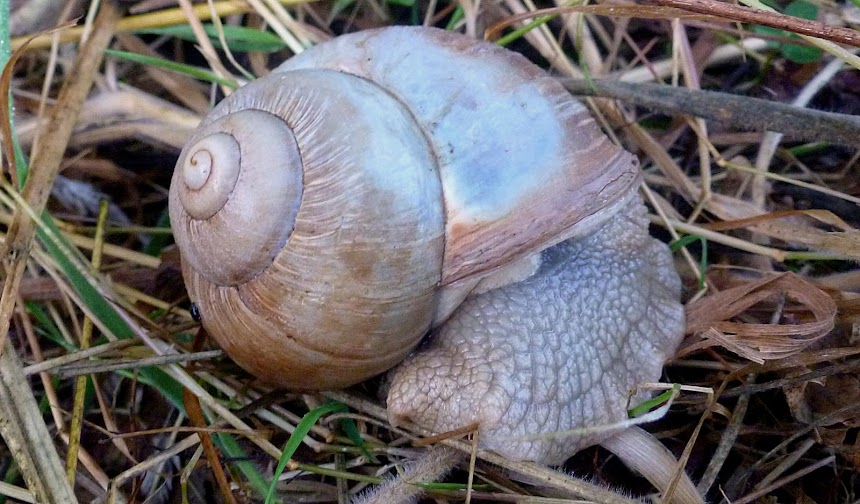 Then I saw it again a couple of days ago. And there were two of them, in fact. I again didn't have my camera with me. So yesterday morning, which dawned bright and sunny, I decided to go out with the camera and return to the spot where I'd seen the Helix pomatia gastropod twice before. It's also called le gros blanc —  "the big white" snail. Wikipedia says the gros blanc is now rare and has protected status in France. But there it was again. 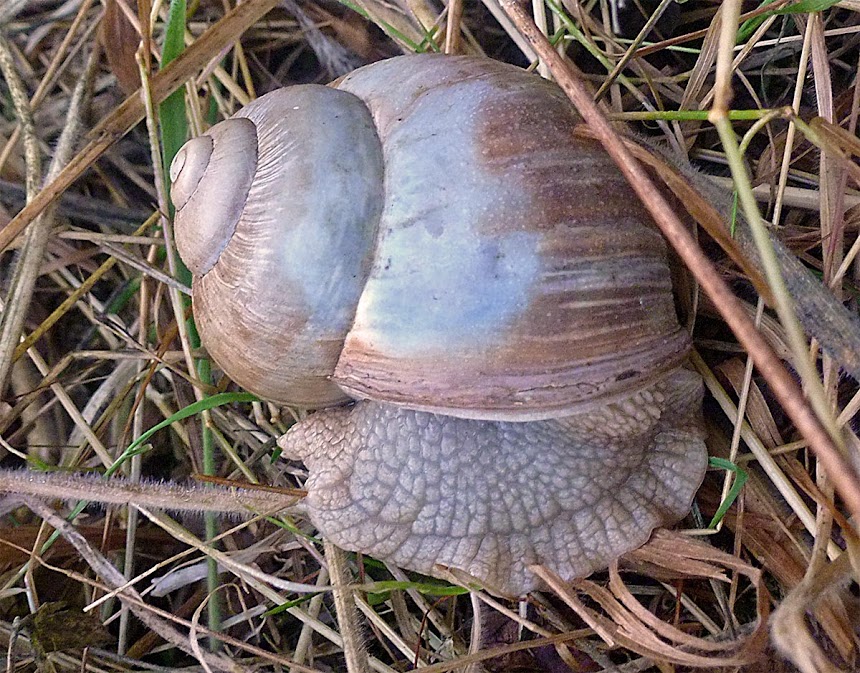 Normally what we see around here and in the western half of France generally is the smaller petit gris or cagouille (Helix aspersa aspersa), which are also the snails that are commercially raised by héliciculteurs or hélicicultrices. For some reason, raising the gros blancs isn't a commercially viable enterprise. Culinarily, both gros blancs and petits gris can be prepared and served as escargots à la bourguignonne, a dish which is often erroneously called escargots de Bourgogne.
Posted by Ken Broadhurst at 07:05