The heat wave is supposed to break today. When I opened up the house this morning at 6:15, the air coming in felt almost chilly. Then I looked at the thermometer. It read 19.9ºC. That is not chilly — au contraire. A day at that temperature, in the upper 60s in ºF, would be a warm May or September day most years. In winter, we keep our heat at 18.5ºC, and that is comfortably warm. 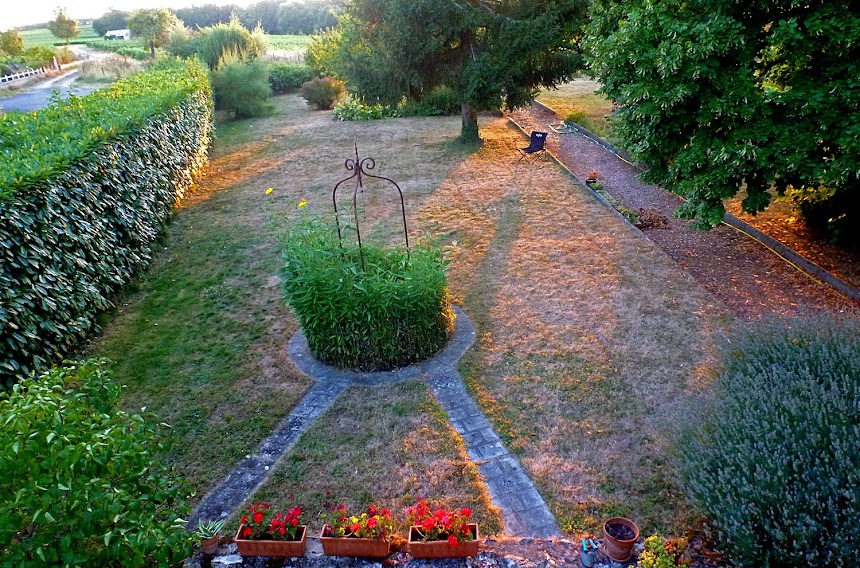 Yesterday, when I talked to my California friend who lives in the foothills of the Sierra Nevada mountains not far from Sacaramento, she told me that the afternoon temperatures there had dropped considerably and the weather had become very pleasant.

What are your high temperatures right now, I asked her. Oh, only in the high 80s and low 90s, she told me. That's 31 to 33ºC. I guess everything is relative. When I told her that we were having similar temperatures and we were finding it unbearable, she asked me if there are high levels of humidity accompanying our heat.

No, I told her, we're just not at all used to such high temperatures. Out there, she typically lives through weeks and weeks of afternoon temperatures in the 100s — 38 to 40ºC — every summer. California is a place of weather extremes — geographically. In summer, it's often chilly, cloudy, and windy on the coast, but hot and desert-like an hour's drive inland. 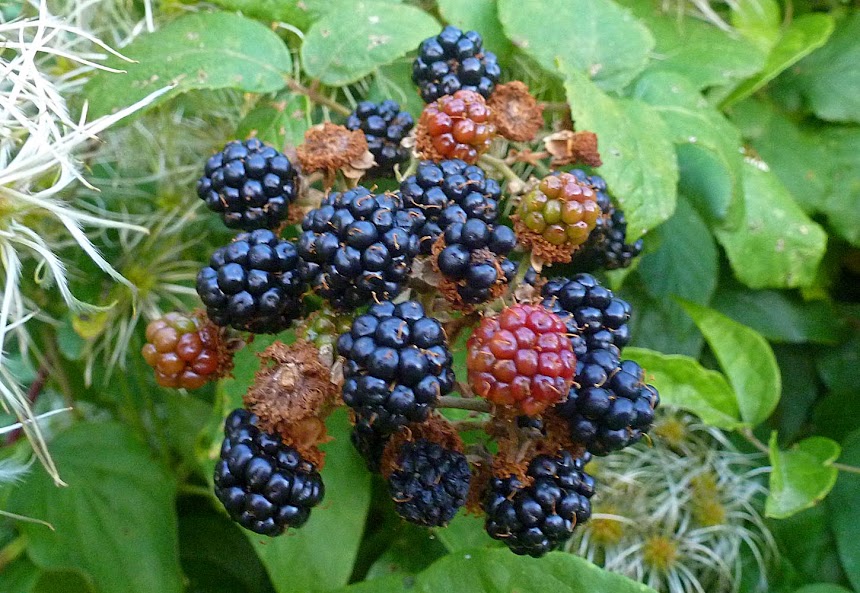 But it looks like an inland-California landscape here in the Loire Valley right now. That is, it's parched and brown. In winter it will be lush and green, as in northern California, from October through June. Brown summers and green winters — compared to the eastern two-thirds of the U.S., it's a world turned upside-down. 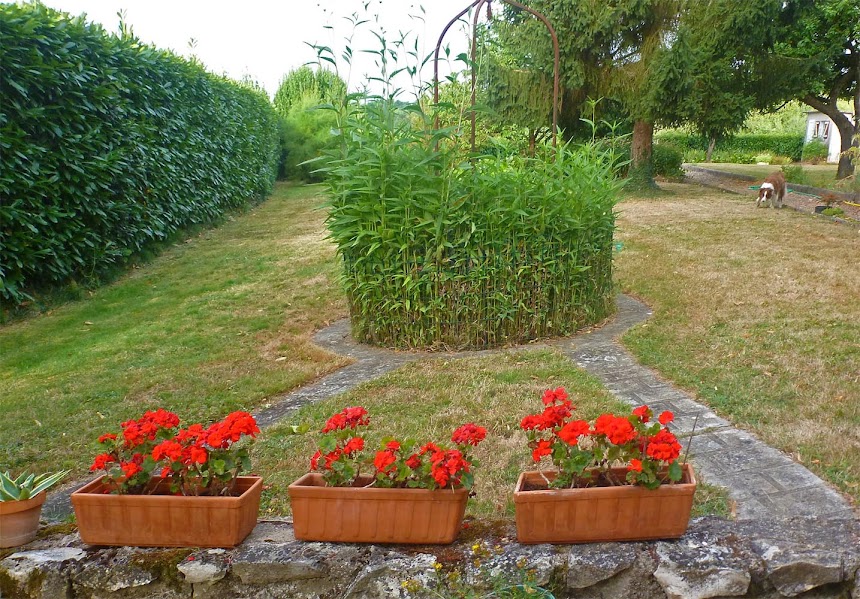 I'll be happy when the mornings and afternoons turn cooler again, and we start getting a little bit of rain. I wouldn't have said anything in that vein a couple of months ago, toward the end of our springtime deluge. Still, I like a climate where the weather in one season makes you long for the next season's weather, which will be radically different.
Posted by Ken Broadhurst at 07:45