La caghuse was new to me when I saw it prepared on one of Julie Andrieu's cooking and food shows, Les Carnets de Julie, a couple of months ago. It's a speciality of the Picardy region in the north of France, and it consists of pork cooked with onions, cider or wine, and a little bit of vinegar.

The cut of pork that you use might be unfamiliar to you too, but it is very commonly available and very affordable here in the supermarkets. It's usually called « une rouelle de porc » or « une rouelle de jambon ». It's one of the leanest cuts of pork — a slice of the ham or back leg of the pig. When I say "ham" I mean fresh raw pork, which needs to be cooked, not cured ham like « jambon de Paris », « jambon de Bayonne » or prosciutto (a.k.a. « jambon de Parme »). 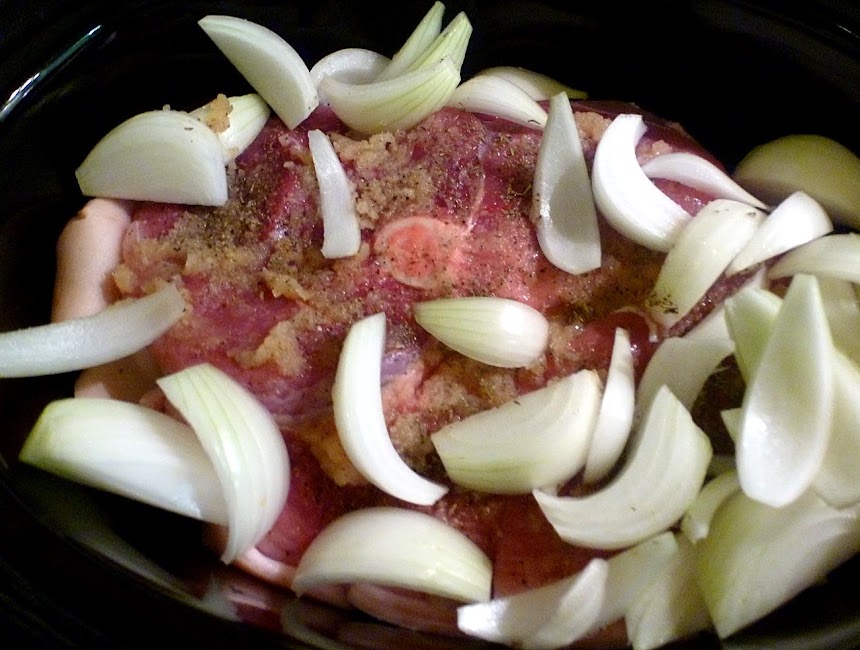 A big slice of fresh pork leg can be an inch or two thick and can weigh between 2 and 3 pounds — or more. The rouelle I used weighed in at nearly 2 kg (at least 4 lbs.). The other main ingredient in the caghuse is onion, and you need a lot: at least a pound or, better, 1½ lbs. That's a dozen smallish onions or six to eight large ones. Here's a recipe in French.

You can make caghuse in a slow-cooker or crock pot, or in the oven. All you do is put about half the onions, sliced, into the bottom of the crock or baking dish, with some butter or vegetable oil. Lay the oval-shaped rouelle (or some other cut of lean pork) over the onion slices and then cover it with another layer of sliced onions. Add salt and pepper, a bay leaf or two and some dried thyme, and then pour on half a cup or so of apple cider or white wine, half a cup of chicken broth, and a splash of vinegar. 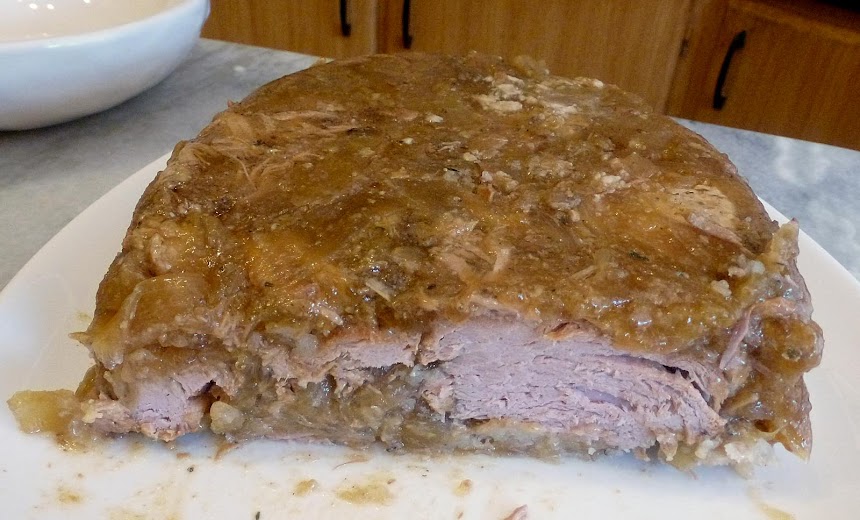 Turn on the slow-cooker or oven and let the pork and onions cook at low temperature for 6 to 8 hours (or on high in the slow-cooker for 4 or 5 hours) — until the pork is starting to fall apart and the onions are completely "stewed" or confits. Eat the caghuse hot out of the pot or oven or let it cool down and serve it at room temperature. If you want to put it in the refrigerator overnight you can serve it as a tender, cold terrine, almost like a pâté, the next day. The slow-cooked, melted-down onions give the meat a very nice, almost sweet flavor. 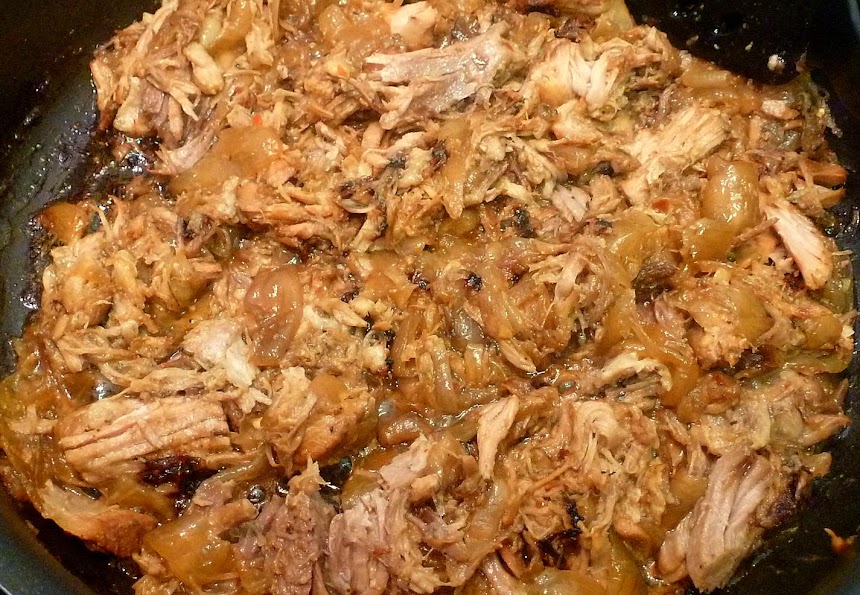 I made caghuse when CHM was here in July. Part of his family comes from the Picardy region, so it was appropriate and interesting to him as well as Walt and me. We ate it hot the first day, and then we ate some cold out of the fridge — at room temperature, really — a couple of days later. It was hard to say which way was better. It would be good eaten with Dijon mustard as a condiment either way. 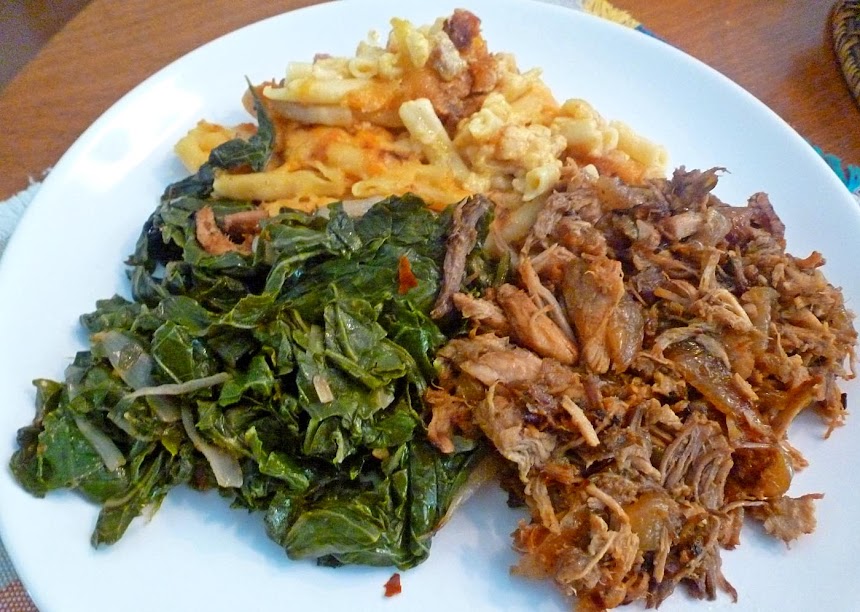 The fresh ham slice weighed 4 lbs., as I said, so we still had leftovers. A few days later, I shredded the rest of the caghuse and cooked the pork with its accompanying onions in a pan with a little bit of hot North Carolina barbecue sauce, which is vinegar-based (no tomato). I added some hot red pepper flakes and we ate it as "barbecue" with cooked kale from the garden and gratin de macaroni (mac and cheese). That was good too.
Posted by Ken Broadhurst at 07:30