We had another simple lunch yesterday. The weather is hot — upper 80s F — and it's supposed to be even hotter today (around 90). So these are good days for light, quick cooking and grilling. 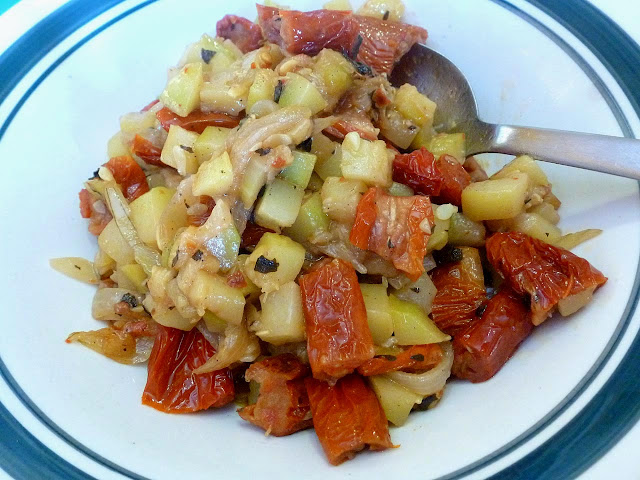 It's green bean season, but it is also zucchini season. We have just two plants, but we are getting more than enough zukes to make it hard to keep up. Yesterday I made what is called « une poêlée » of diced courgette, onion, and sun-dried tomatoes. It's a kind of stir-fry. 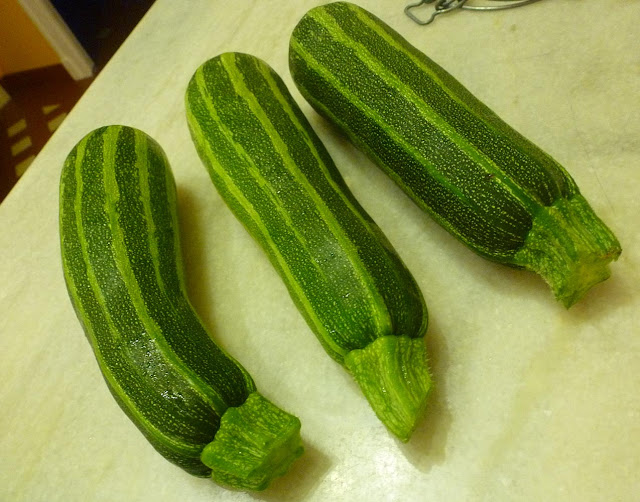 I peeled and diced a good-size zucchini and chopped some onion and garlic. I re-hydrated a batch of sun-dried tomatoes that I had bought at the Grand Frais produce market up near Blois. I put the tomatoes in hot water and let them soak for two or three hours, saving the soaking liquid to used in the « poêlée » [pronounced pwah-LAY]. 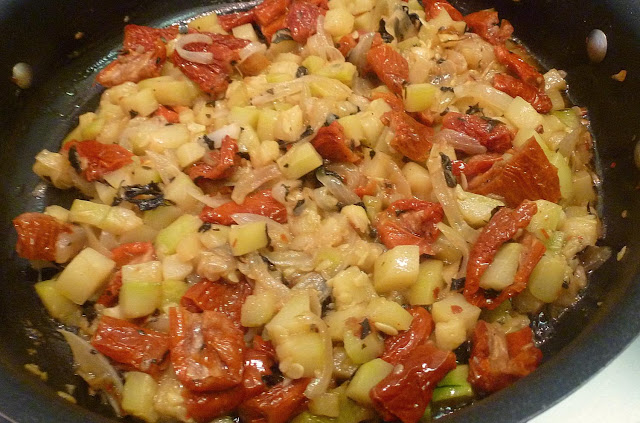 The vegetables cooked for about 20 minutes in olive oil in a big frying pan. The main seasonings were just salt and pepper, a few hot red pepper flakes, and a good bit of dried oregano (from the garden). We had the vegetable dish with a couple of very lean but tender beefsteaks that I got at the supermarket. Walt grilled them. 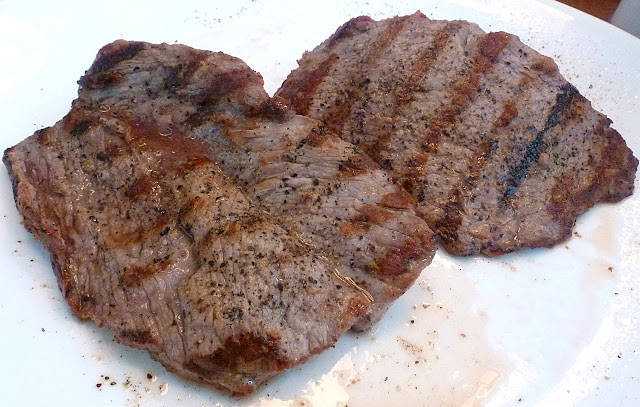 In fact, earlier in the morning I had driven over to Intermarché, the grocery store on the other side of the river, just three miles from the house. That meant crossing the narrow Saint-Aignan bridge. These days traffic is really heavy in the morning because so many people are going to spend the day at the big Beauval zoo just south of town. 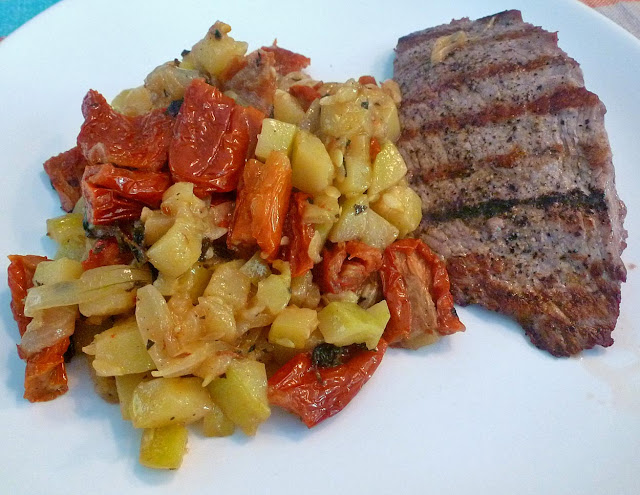 Not only was it a zoo day — this is the last holiday of the summer in France, and the weather is beautiful — but the town of Saint-Aignan was also holding its annual vide-grenier or street fair. The streets of the old town are lined with stands where people are selling "junk" — it's a big flea market. Traffic was backed up for about four miles. I had to drive around a much longer route to get home via a different bridge, but I preferred that to sitting in traffic for half an hour.