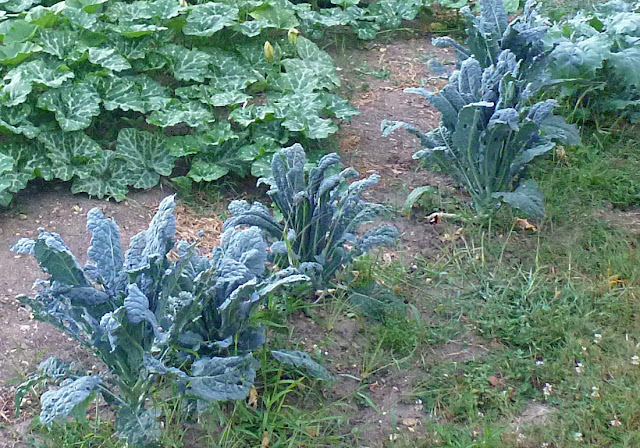 They call it dinosaur kale because the leaves are as dark green and bumpy as we imagine the skin of those giant reptiles to have been. It looks antediluvian. In our garden it's not nearly as delicate and fine-looking as the red Russian kale planted next to it. I've never grown black Tuscan kale before this season, and I've never cooked it before. 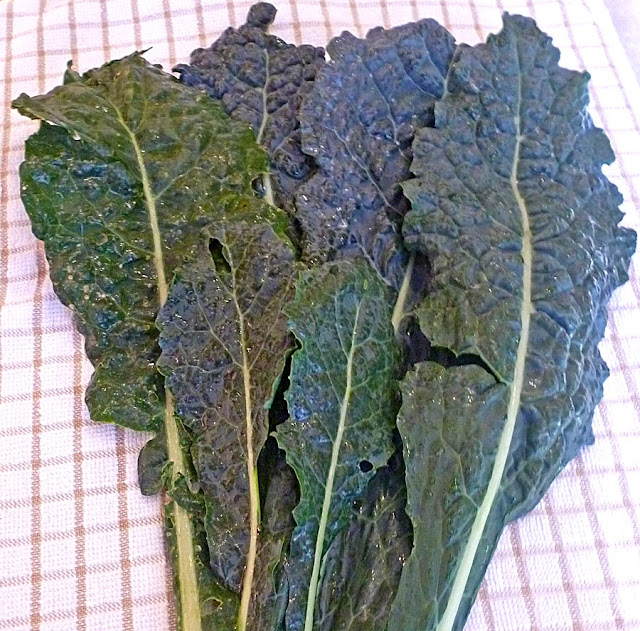 As far as the red Russian kale goes, it has been good lightly blanched in boiling water and then sautéed in olive oil with onions, garlic, and red pepper flakes. The black Tuscan kale leaves were just too tough for that kind of quick cooking. I decided to cook them the way I cook mature collard greens — long and slow. 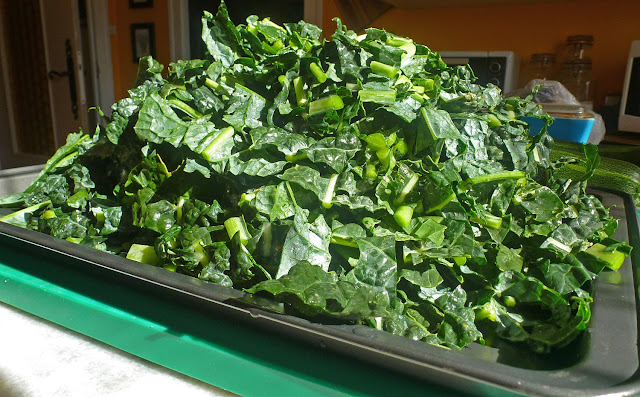 So I sautéed some smoked pork belly (lardons) in a big pot. I carefully trimmed and then washed the dinosaur kale leaves in several changes of water to be sure there was no sand on them, and to get rid of any lurking bugs, caterpillars, or slugs. Not that slugs are a problem right now — the weather has been too dry for them except in the woods, or along the damp and dewy edges of the woods. 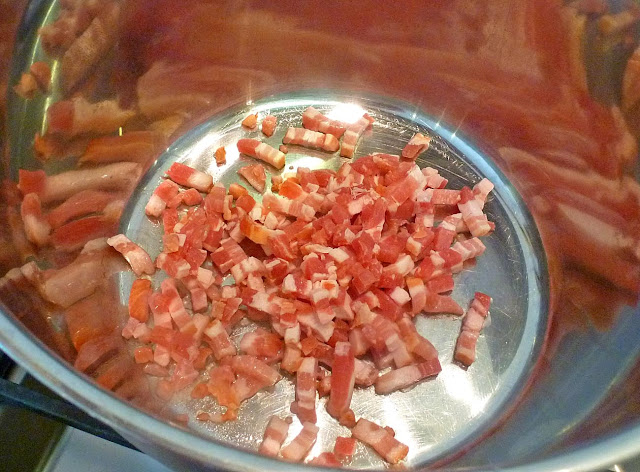 Salt, black pepper, and hot red pepper flakes were the only seasonings I used, along with the bacon and bacon fat and some white wine. The greens wilted down as they steamed in the pot, and then I let them cook for a long time — hours — tasting them from time to time and adding more water as needed so they wouldn't dry out or scorch. 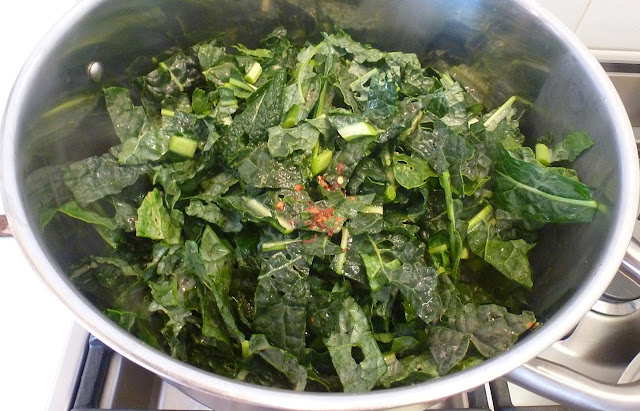 I did all that on Sunday, and I wasn't particularly impressed with the result. The greens still seemed tough to me. Too crunchy. Fibrous. So I did an experiment. Yesterday morning I took a portion of the cooked greens out of the dish I had stored them in overnight, in the refrigerator, and put them in the freezer for three hours. People say greens are sweeter and nicer after a freeze or a frost. 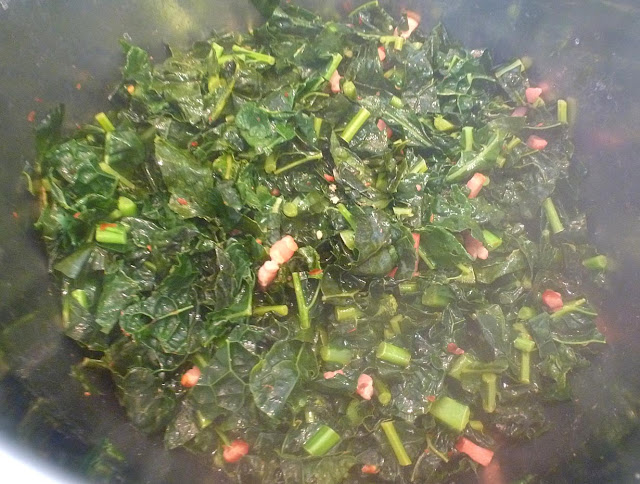 Maybe freezing them and then thawing and reheating them at lunchtime would tenderize them. I think it worked. We ate that batch of frozen-and-thawed greens at lunch with some Louisiana-style red beans and rice and a grilled duck breast. The dinosaur kale was pretty good.

Maybe the kale leaves are tough because we've had dry and warm weather for a month or more now, and a lot of bright sunshine. It's even been hot some days. Maybe dinosaur kale will be better in October and November — and beyond — when the plants have enjoyed some cooler weather, more rain, and even some frost.
Posted by Ken Broadhurst at 07:15