It's starting. It might be late, but no regrets. The green beans are starting to produce. We'll be eating and enjoying them for the next couple of weeks, or longer. And we'll be blanching and freezing a lot of them for the winter. 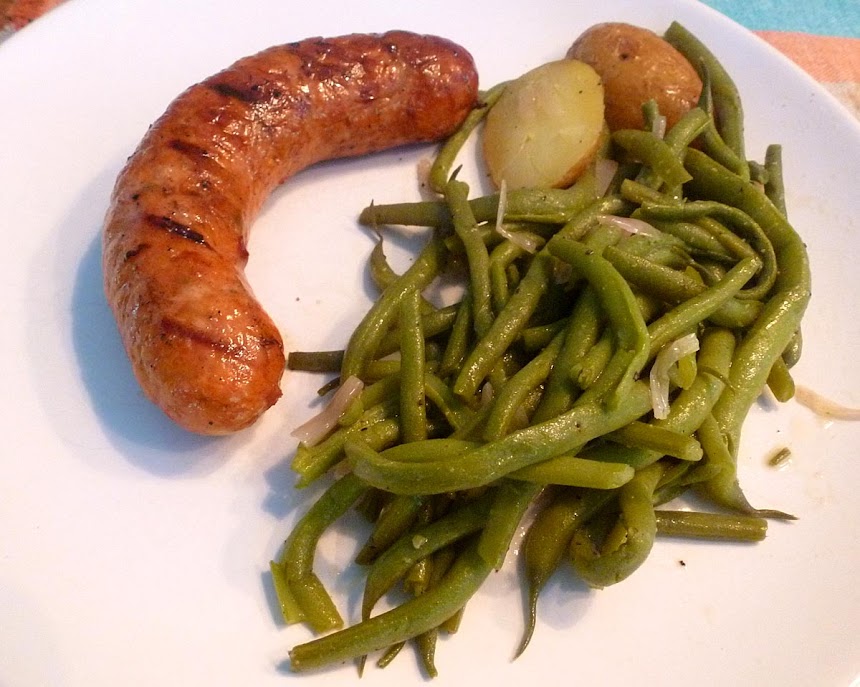 Yesterday I cleaned a batch of haricots verts that Walt had picked, to remove all the blossom petals stuck to them. I pinched off their stem ends (we don't bother removing the pointy bottom ends). Then I cooked them in a steamer before tossing them in some melted butter that had shallots lightly cooked in it. I seasoned them with salt and pepper. 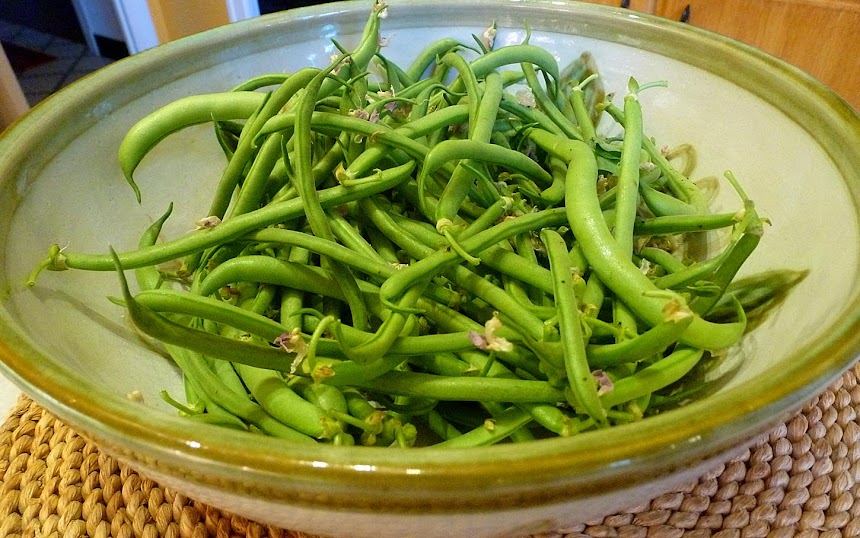 We wanted to eat them fairly plain, just to appreciate their beaniness. Alongside, we each had a saucisse basque that we got from the butcher counter up at SuperU in Saint-Aignan. The sausages are spiced but not too spicy, so they don't overpower other foods. I tossed in a few steamed potatoes too. Yesterday evening, we were invited over by our neighbors to have a glass of wine and meet some people who have just moved here from California. He's American. She's French and grew up here. They've come to live in France, after 20 years in California, to take over her elderly parents' bed and breakfast business. 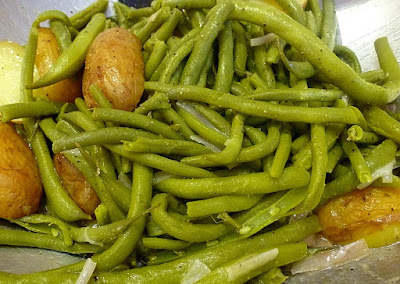 Tonight we are going to have dinner up at the local ferme-auberge, a farm-inn that specializes in regional products and is about a mile from our house. It's an annual event. The occasion this time is a visit from a woman who was part of a group of friends of mine when I lived in Paris back in the late 1970s and early '80s.


M's bringing her husband and their daughter, neither of whom I've ever met. They live on Reunion Island, a French territory in the Indian Ocean, and are in France for the summer to visit family and friends. Walt and I haven't seen M for at least 25 years. We got in touch again on Facebook a few years ago. That's modern life for you.
Posted by Ken Broadhurst at 07:15