I didn't notice the little white "crab" spiders on these blue flowers until I got back to the house and displayed the pictures on my computer screen. The spider is called l'araignée-crabe or la thomise variable in French. The female is much larger than the male, and she's the white one. Apparently they both walk sideways like crabs, but I haven't witnessed that. 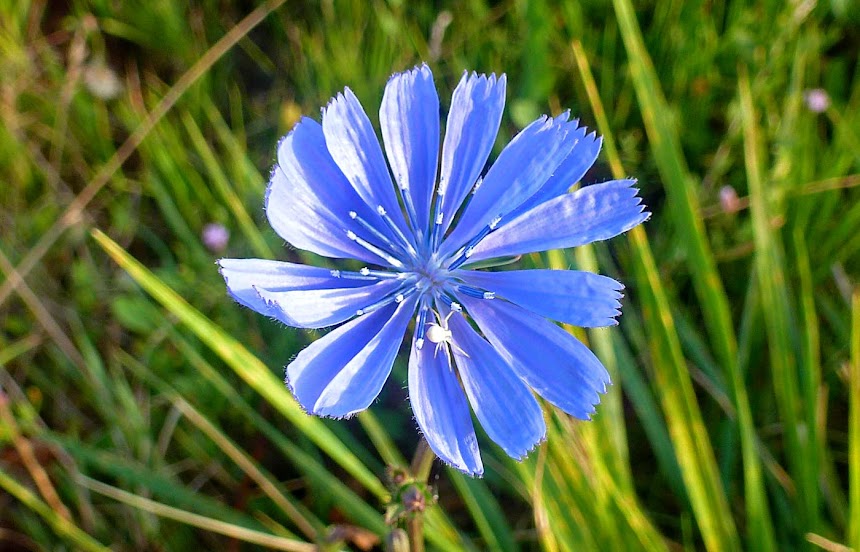 The sky was almost as blue as the cornflowers when I took these photos yesterday on my morning walk with the dog. That carpet of green in the photo below is made up of trimmed vines that are three or four feet high. 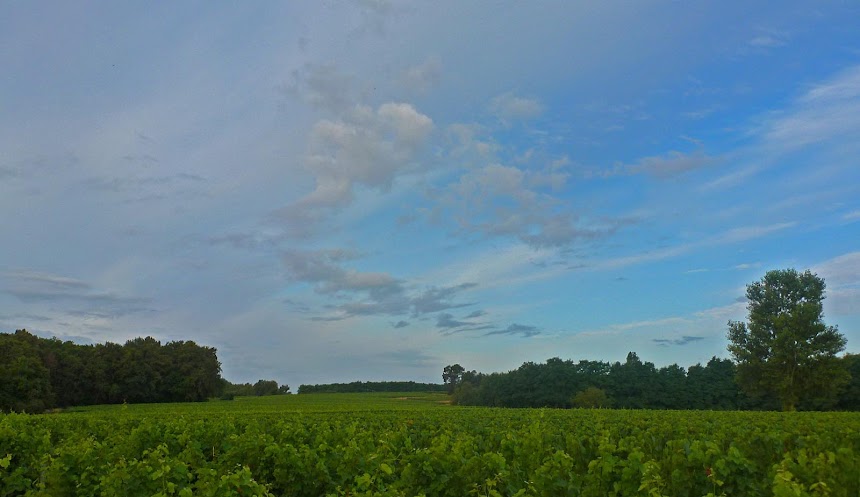 Our morning temperatures have varied from about 65ºF a couple of days ago down to just about 50º this morning. It feels cold, and the high temperature is supposed to be below 70º today. That's August in the Loire Valley... some years, and some weeks. 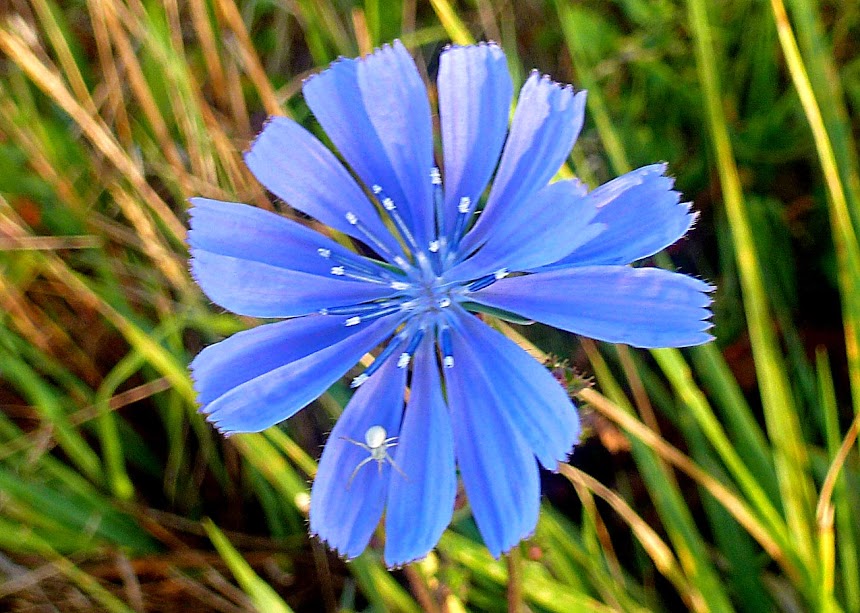 I guess today would be a good day to get some yard work done. Maybe the cooler weather will motivate me. Walt just told me that our afternoon temperatures are supposed to climb back into the upper 80s and even the mid-90s over the next few days.
Posted by Ken Broadhurst at 07:10