All these are fruits, actually — bell peppers, long red peppers, three kinds of squash, and giant cucumbers. I pulled up and composted a lot of plants this morning. 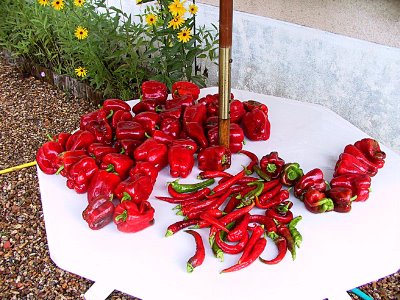 The peppers are good but now I have to prepare them for eating and freezing. 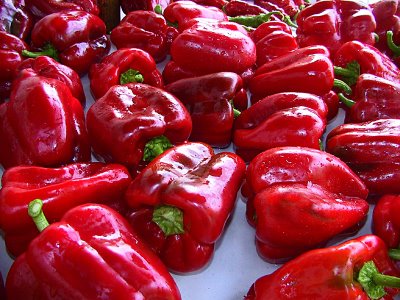 I picked more than 50 red bell peppers before I stopped. I gave some to the neighbors, and I cut up some that had blemishes on them. When I gave six of the nicest red bell peppers to Maryvonne across the street, she said: On dirait des pas vrais, tellement ils sont beaux. They're so pretty that they don't look real. 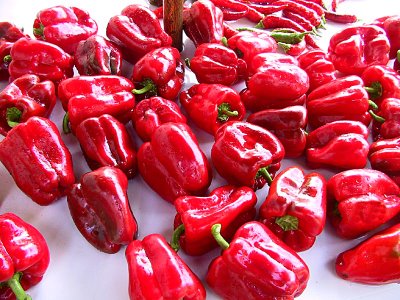 I'll probably make a purée out of the long red peppers and the bell peppers that I trimmed of blemishes and cut into pieces. With some of the others, maybe I'll make some stuffed peppers and chiles rellenos this week.

The squash and cucumbers are too enormous to be any good but I wanted a picture of them anyway. Maybe I'll bake the monster zukes and yellow squash. I can discard the skin and seeds and then purée the flesh for the freezer. It'll make good soup over the winter, or an additon to all kinds of soups as a thickener. 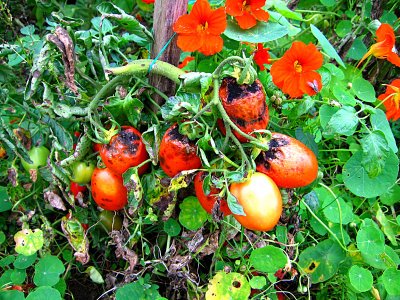 Most of our tomatoes have more or less rotted on the vine. It was just too chilly and damp in August. But we got so many tomatoes in late July and early August that the freezer is full of sauce. I'll have to do something about the tomato plants this week. It's supposed to rain for a couple of days now, however... 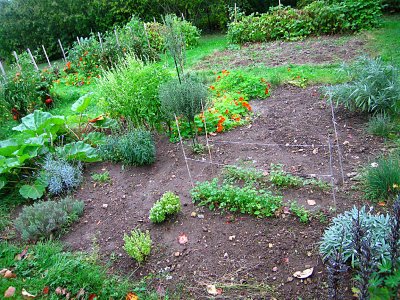 Walt spent some time weeding and cleaning up the herb garden this week, and it really shows. It really is fall now — officially, as of today, and meteorologically as well.
Posted by Ken Broadhurst at 15:38