In topics over the past few days I was describing Saint-Aignan and its Grand Hôtel. Yesterday I looked for some pictures and found this blog entry from a few months ago: Saint-Aignan in Pictures.

Between the adventures Gabby and Margaret had at the laundromat in Saint-Aignan Tuesday morning and our rustic dinner in the village of Thésée that night, we took a nice afternoon drive up to Chambord and Blois. On the way we drove by the château de Chémery, of which I have posted pictures several times before. Here's one: 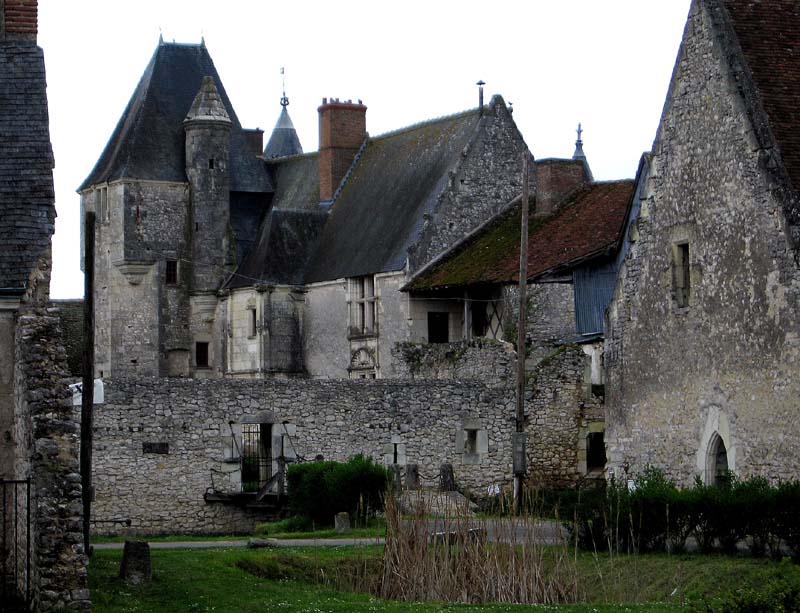 Tuesday afternoon was nice and sunny. Chambord, one of the major Loire châteaux, was impressive and luminous in the afternoon sunlight. Here's a picture of the enormous Renaissance castle that I took last spring: 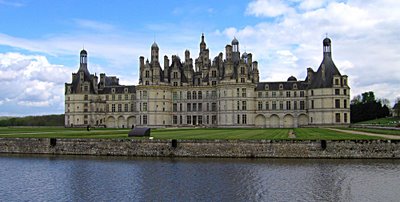 After Chambord, we drove down along the Loire toward Blois, through the village of Saint-Dyé and on to a viewpoint where you can see Madame de Pompadour's château called Menars:

Le château de Menars, near Blois on the Loire

At Blois, we parked the car and took in the panorama of the city from the riverfront on the south side of the Loire:

Blois in a picture taken last spring. Click the image to see it full-size.

We went up to the cathedral and into the park at the Hôtel de Ville just behind it, to enjoy the views. Here are a couple of previous blog entries with pictures of that part of Blois: A Sunday in Blois and Lunch in Blois.

So it was a nice afternoon and we all enjoyed it, I think. Gabby and Margaret had seen Chambord many years ago, but it's always worth another quick visit. Neither G. nor M. said she could remember ever having been in Blois before, so I'm glad we went.

I already wrote about our dinner in Thésée Tuesday evening.

Wednesday morning, I went to the Grand Hôtel to pick up G. and M. and ferry them over to Vierzon, where they had a rental car waiting for them. They were headed to Burgundy for a few days.

On the way to Vierzon, 35 miles or so east of Saint-Aignan along the Cher, we stopped to see the château and church in the town of Selles-sur-Cher, and then we took a spin through the old walled town of Mennetou. I've posted pictures taken in Selles and Mennetou before.

At Vierzon, the Europcar rental office was located in an Opel car dealership. The woman at the desk processed the rental papers quickly and efficiently. She told me she had had a lot of trouble finding a car with an automatic transmission, but she had been successful: a silver Audi A4 station wagon parked out front was the one. It had arrived just a few minutes before we did. 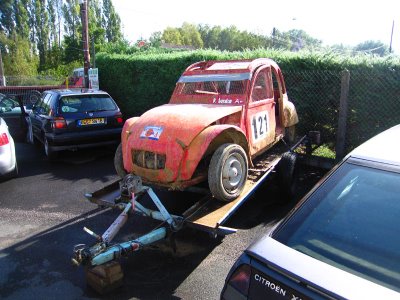 Here's a picture of our friends in their car, heading out toward Auxerre. 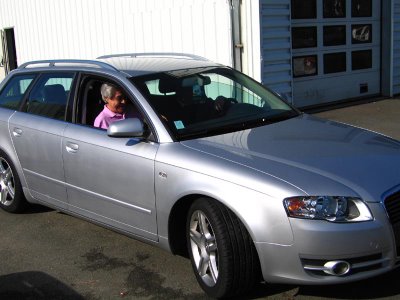 Off into the wilds of Burgundy
Posted by Ken Broadhurst at 09:35