If you know what the title above is all about — it's a line from a Georges Brassens song — I'll just say there was no wind the day I took these photos of the Pont des Arts. This morning I've learned, after 50 years of spending time in Paris and probably walking across the Pont des Arts dozens of times over the years — it's a metal footbridge that links the Institut de France on the Left Bank to the Cour Carrée du Louvre on the Right Bank why it's called le pont des Arts. It's because the Louvre used to be called Le Palais des Arts. 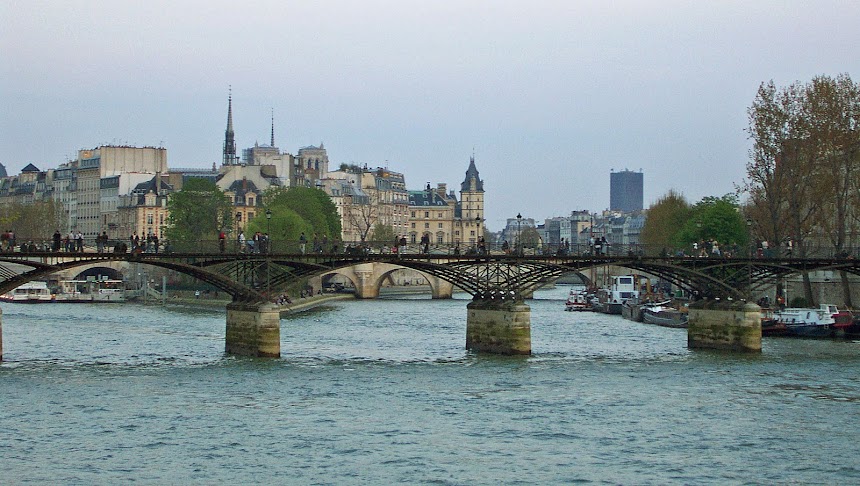 The photos above and below show the Pont des Arts with the Île de la Cité and Notre-Dame in the background. 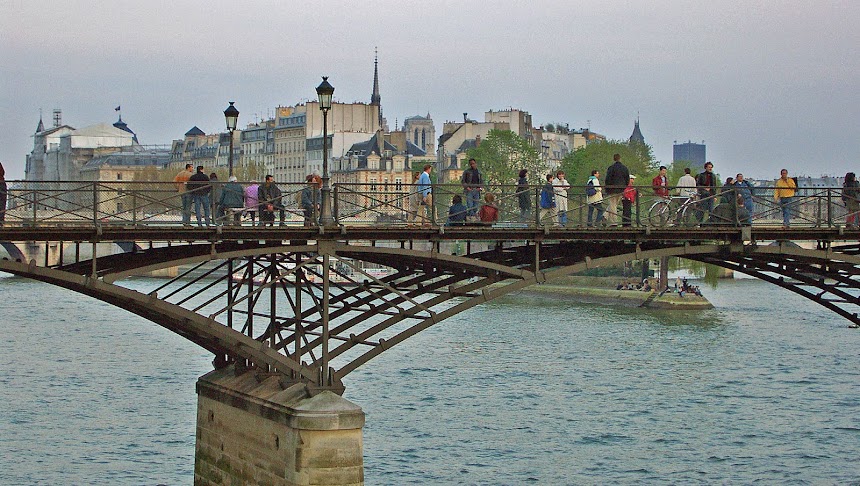 Below is the Institut, of which the Académie Française is a part. The Académie publishes a dictionary every century or so. 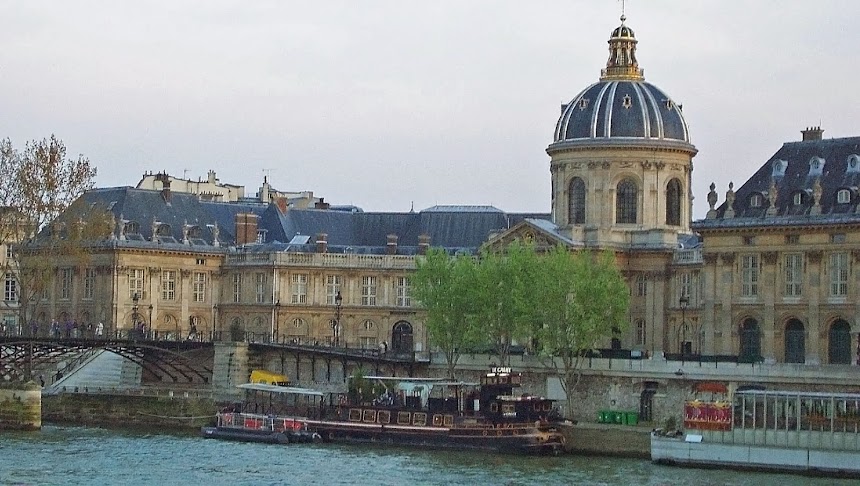 The Cadogan Paris guide says the Pont des Arts, first built in 1803, was one of the first iron bridges
built across the Seine in Paris, and is one of the most elegant. 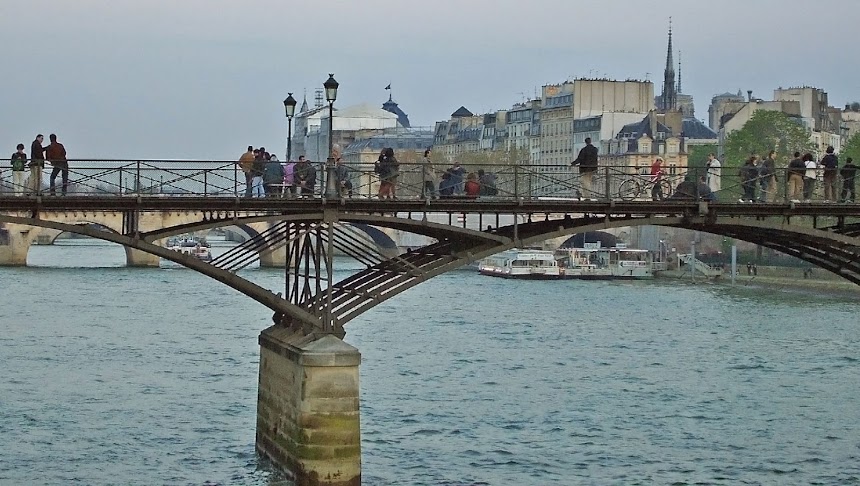 The bridge was damaged many times in the 1960s and '70s when barges rammed into it. A long section was knocked down
by a barge in 1979. The whole bridge was torn down and then rebuilt in the early '80s. 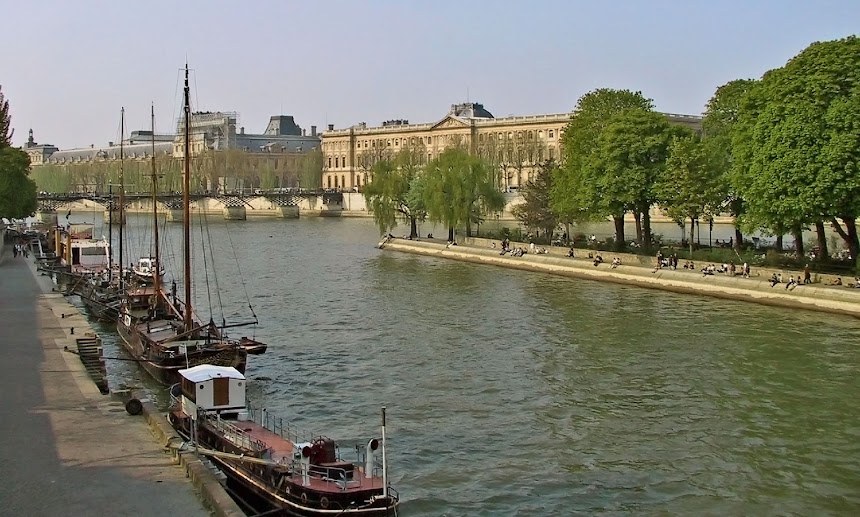 Above, there's the Pont des Arts with the Louvre in the background, on the Right Bank. 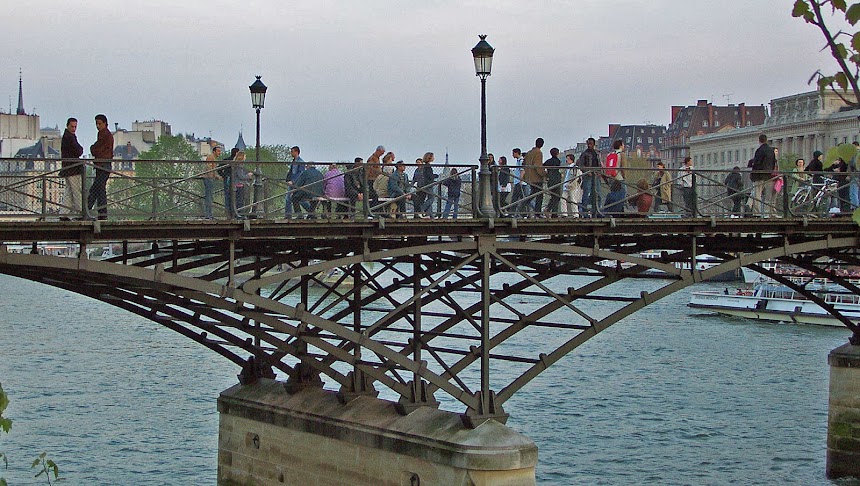 Below is a close-up shot of the domed Institut de France, founded in 1795, during the Revolution. 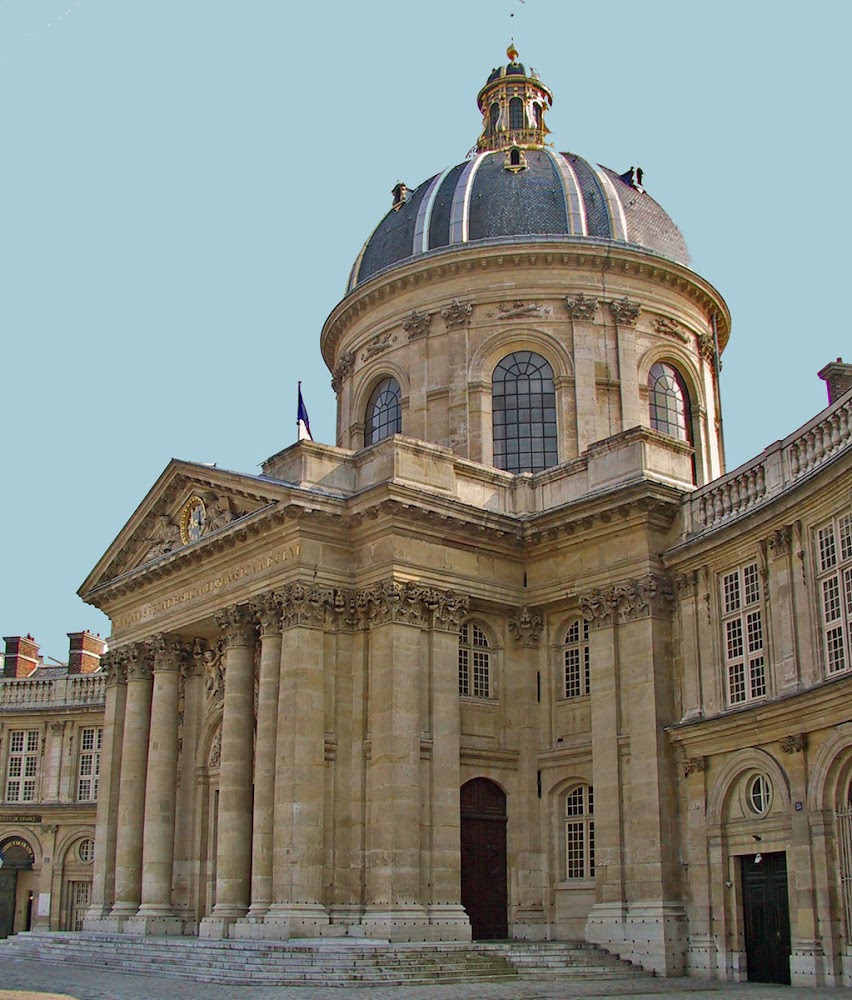