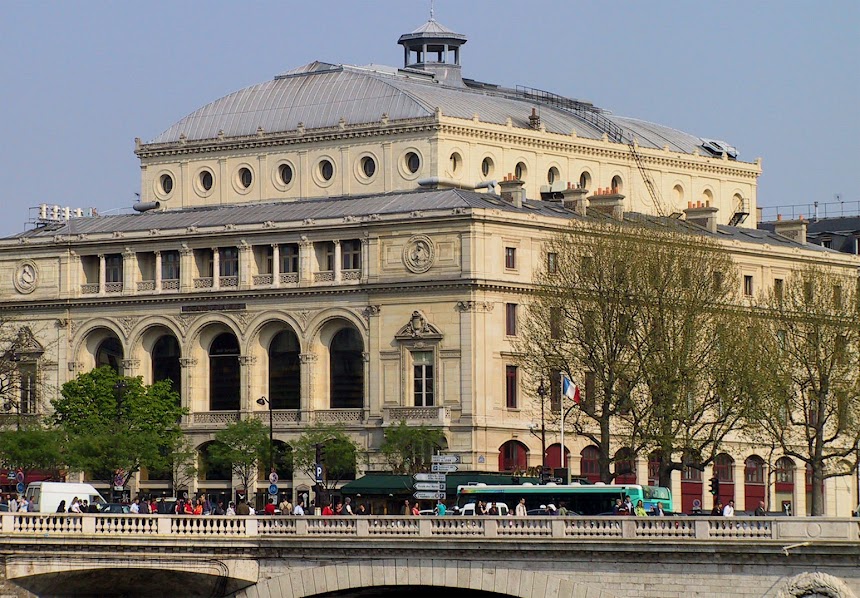 Yesterday in comments we had a little exchange about the theater above. It used to be called le théâtre Sarah-Bernhardt. After having a couple of other names over the decades, it was renamed le théâtre de la Ville in 1990. I think. Now you know what it looks like. I've never been inside. 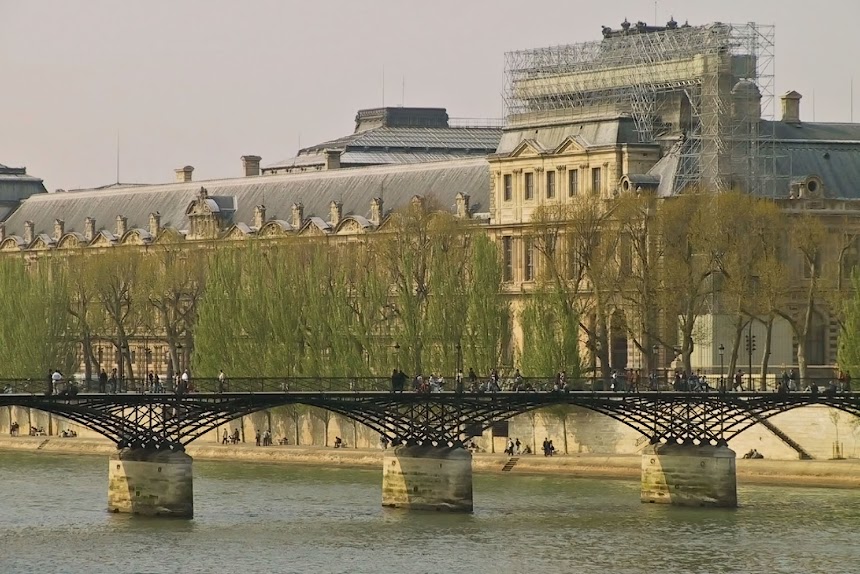 Here's a view of the Pont des Arts putting it more in context. That's the Louvre, or part of it, in the background. 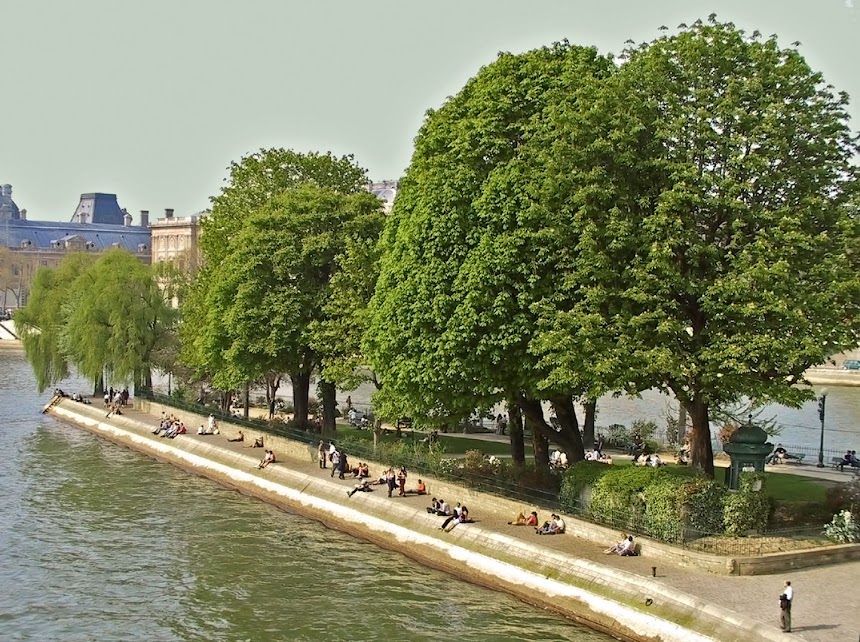 And here's a more complete view of the Square du Vert-Galant, which is on the western end of the Île de la Cité. Le Vert-Galant is what king Henri IV was called. The expression means something like "a real ladies' man" — Henri had 73 official mistresses and at least 22 children by several mothers. 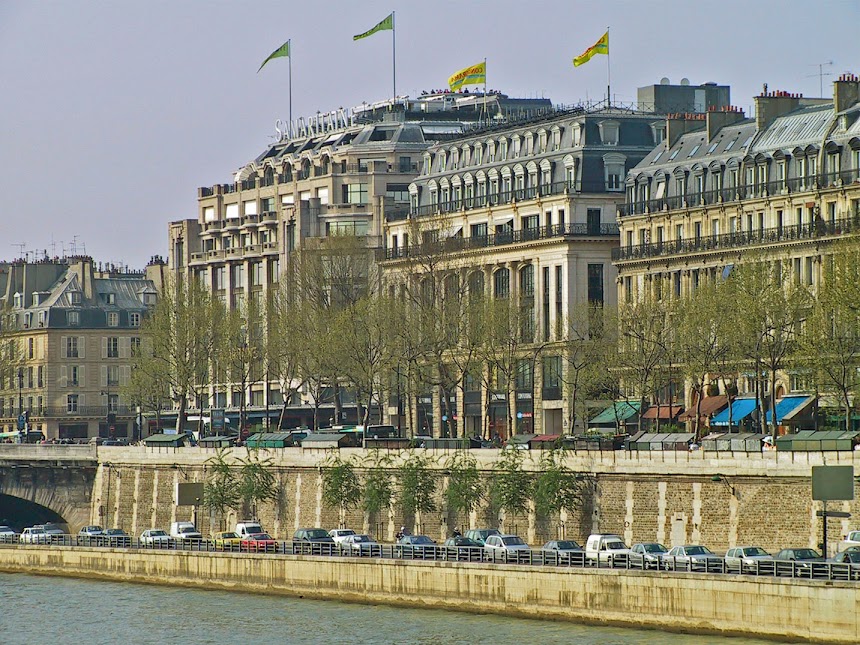 This is another view of the Samaritaine department store building at the north end of the Pont-Neuf bridge. Back in the 1970s and '80s it had a rooftop terrace where  you could take a table, have a drink or even a light meal, and enjoy fantastic views over all of Paris. Unfortunately, the Samaritaine went out of business a few years ago. I'm not sure what  current plans are for the building. 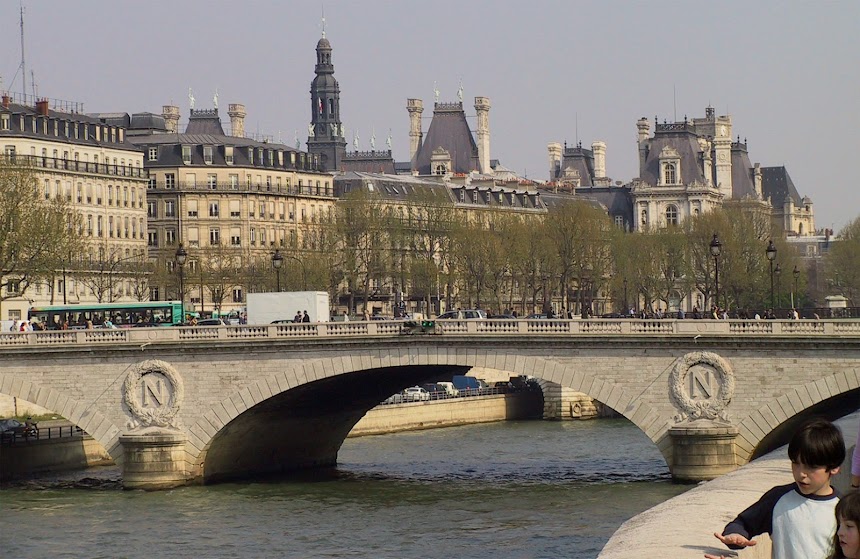 Several of the bridges over the Seine carry this kind of N in a wreath. The N stands for Napoleon. This one is the Pont au Change, I believe. That's Paris city hall, l'hôtel de ville, in the background.
Posted by Ken Broadhurst at 07:15