I thought I had posted the first photo below a week or two ago, but it turns out I hadn't. It shows two buildings at the western tip of the Île de la Cité in Paris — that's the island Notre-Dame cathedral is on. The bridge that spans the Seine here, crossing the tip of the island, is called Le Pont Neuf ("the new bridge") and it is the oldest existing bridge in Paris (long story — all the earlier bridges were wooden structures that either washed away in floods or destroyed by fire). 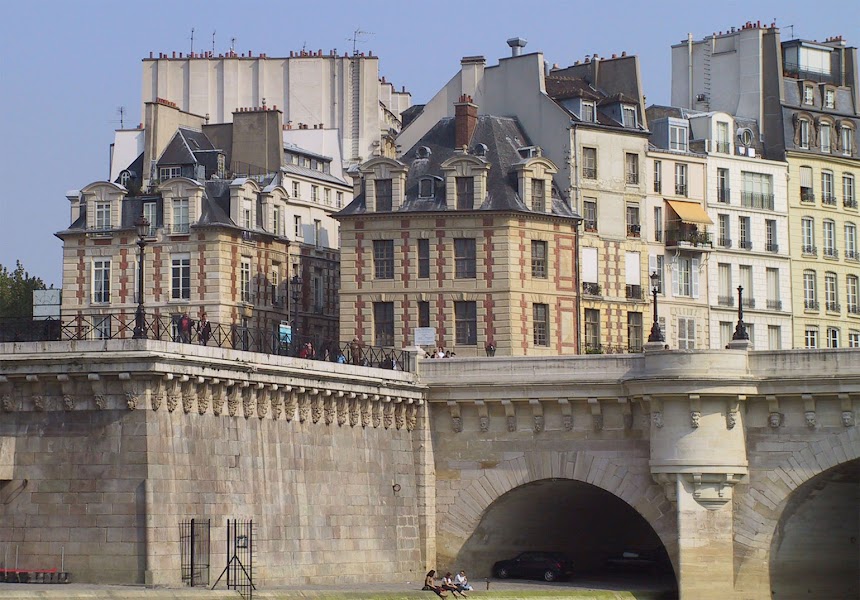 If you walk between the two buildings above, you end up on a triangular city "square" called la Place Dauphine. It was turned into a place [plahss] or "square" in Paris in the early 17th century at the initiative of the kind Henri IV, whose equestrian statue is nearby. 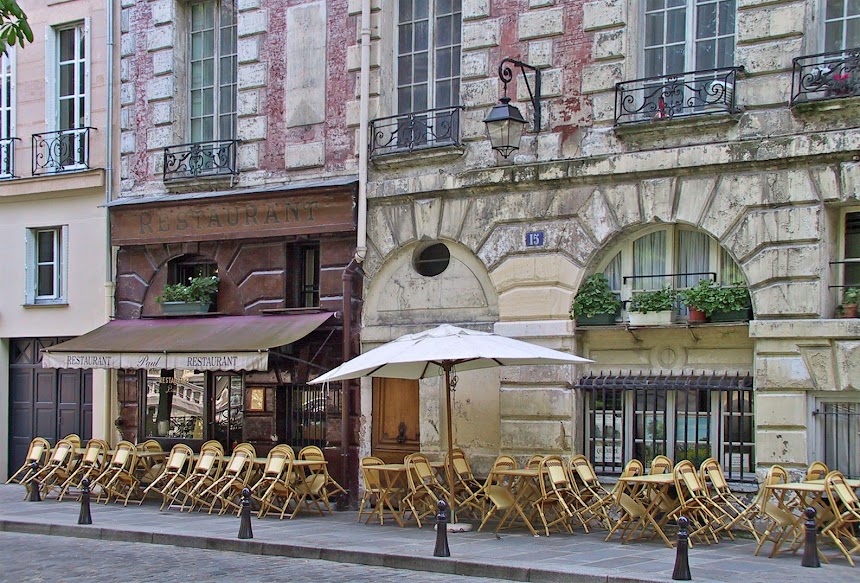 And on la place Dauphine there's a restaurant called Paul, chez Paul, or le restaurant Paul. I had dinner there back in 1974, when I was invited by a professor from the University of Illinois who happened to be visiting Paris. At the time, I was working for the university's year abroad program in Paris. And at the time, it was one of the most amazing Paris restaurant experiences I had ever enjoyed. Still is, I guess. 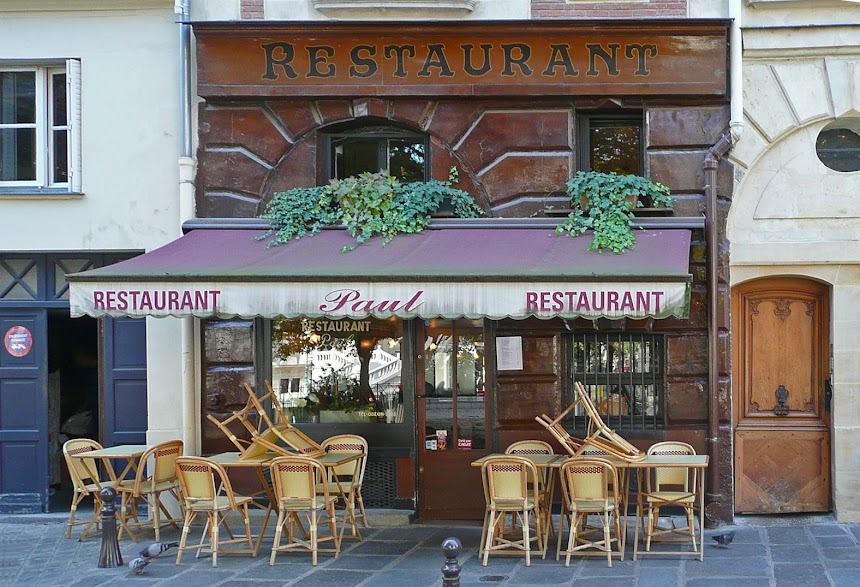 Anyway, blah blah blah. This morning, I started out wanting to post some pictures of Paul that I took in 2002. Then I got lost in my photo archives. I've spent the past 2½ hours searching my blog and my extensive photo collection for images showing la place Dauphine. I've always said that it was one of my favorite places in Paris. All these photos are from 2002, with the exception of the one immediately above, which I took in 2009. 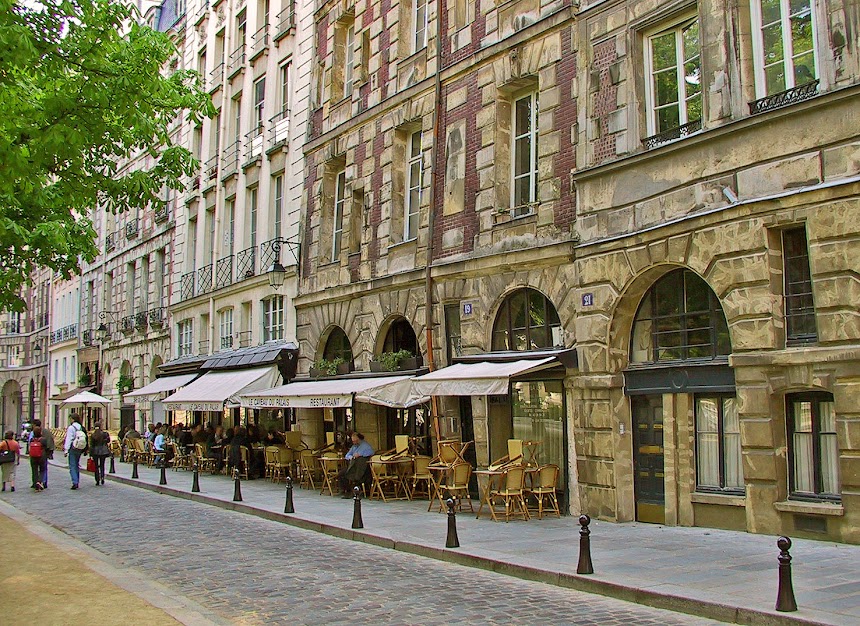 Apparently, le restaurant Paul is more than 100 years old. And 1974 wasn't the last time I had dinner there. Walt and I had a good dinner there in the 1990s, but we can't remember exactly when. I wasn't taking pictures back then. The place next door is called Le Caveau du Palais, and is, I believe, now owned by the same people. Oh, and I remember knowing that the famous French actors Simone Signoret and Yves Montand lived for a time in an apartment in the building at no. 15. 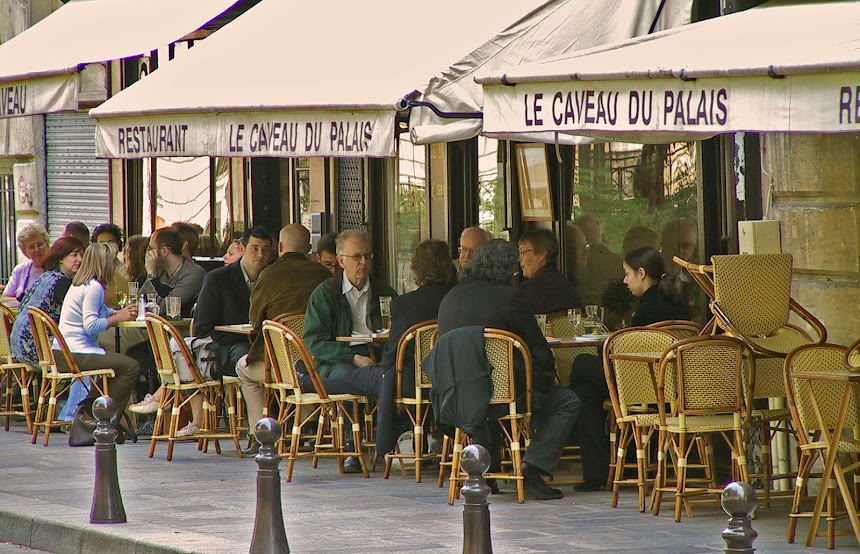 I hope these people are enjoying fond memories of la place Dauphine just as I am this morning. I hope I'll get to go back there one day. If you want to see Paul's current menu, click this link. No hurry, though — Paul, like all restaurants in France, is closed until January 20, 2021, because of Covid-19.
Posted by Ken Broadhurst at 07:30