When I went to Paris in April 2002, one thing I wanted to do there was go and visit the Paris offices of the company that
I was working for in California. I was in contact by phone and e-mail with some of the company's French employees
and I thought it would be good to meet them in person. 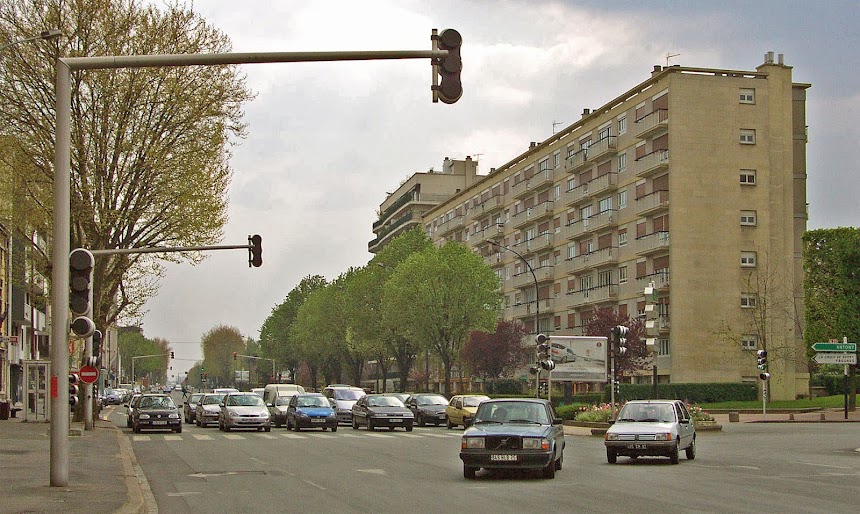 So one day I took the RER down to Bourg-la-Reine, which is less than 10 minutes by RER train from
the Notre-Dame-St-Michel station in central Paris and just five kilometers (3 mi.) from the Porte d'Orléans. 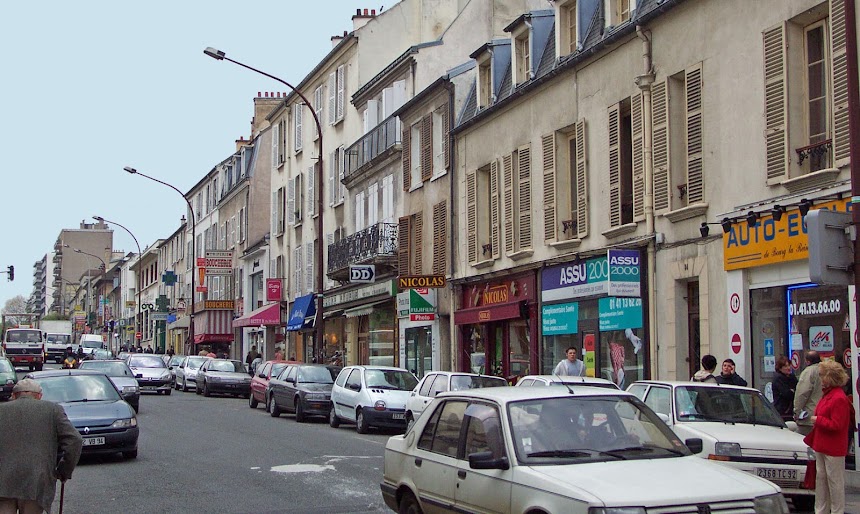 Bourg-la-Reine ("Queenstown") is a little less than one square mile in area and has a population of 20 thousand or so.
The queen it was named for, back in the 12th century, was Adélaïde de Savoie, whose husband
was Louis VI le Gros ("fat king Louis"). These are some photos I took there. 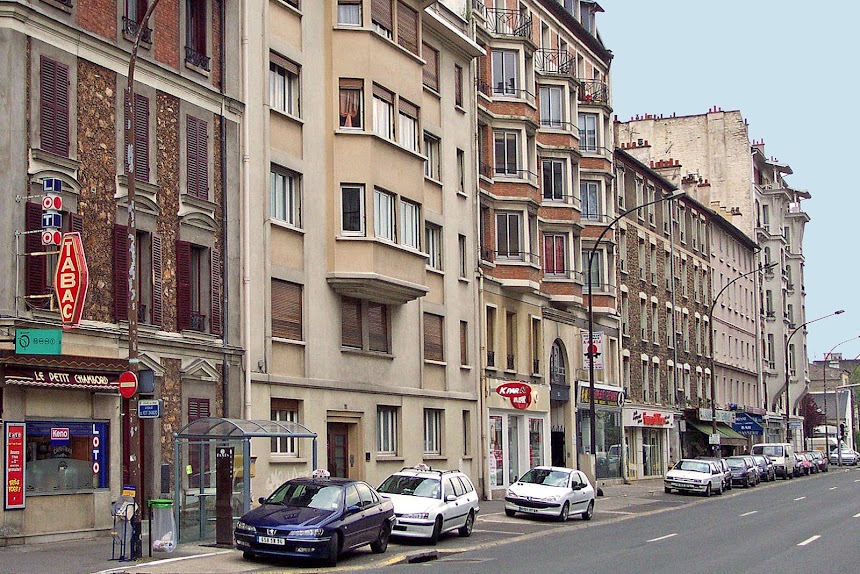 The suburbs don't get much respect from people who live in Paris proper and love it there.
However, Bourg-la-Reine seemed like a pleasant place. 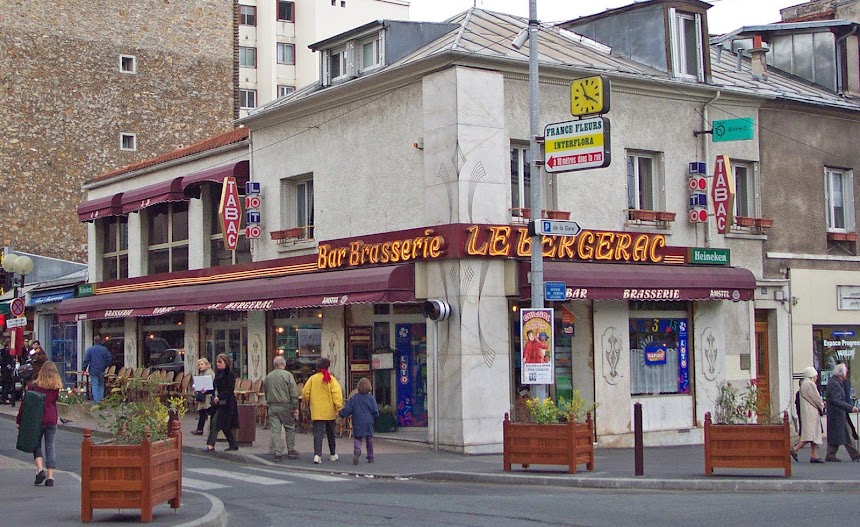 I wish I could have lived there back in the days when I was working in the Latin Quarter
as a teacher and student (1974-76), instead of in the suburb I actually lived in. 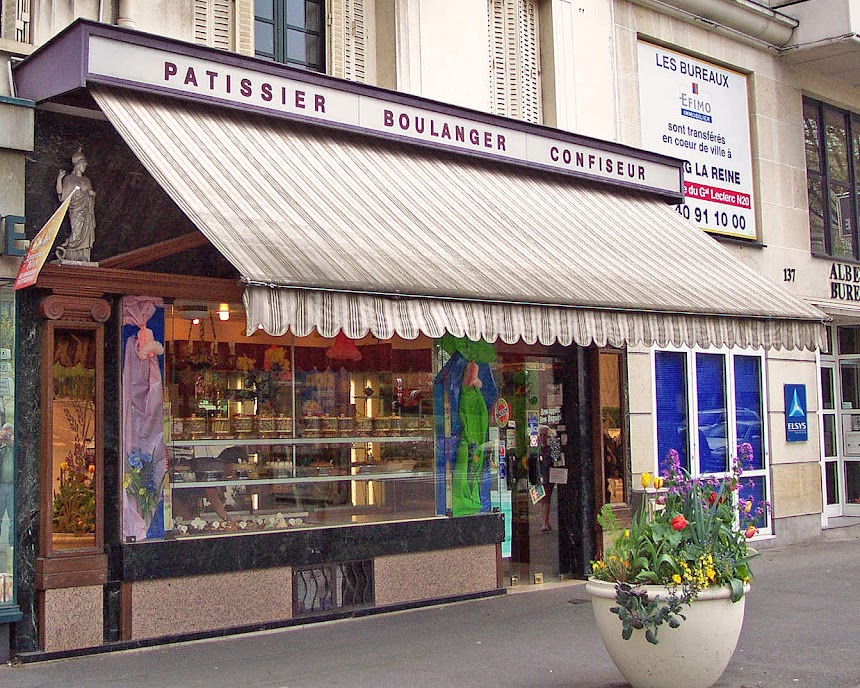 Bourg-la-Reine to Paris would have been an easier commute than the one I had for those two years.
I lived the the northwest suburb called Asnières-sur-Seine, not far from the La Défense business quarter. 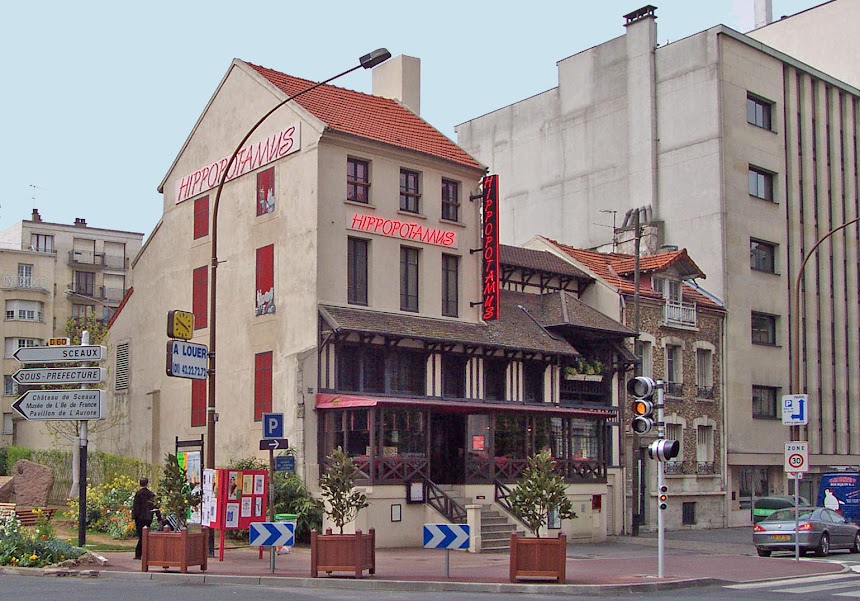 Asnières was a pleasant place to live. My apartment was a couple of floors up from a boulangerie,
so it always smelled like freshly baked bread and croissants, especially in the morning. 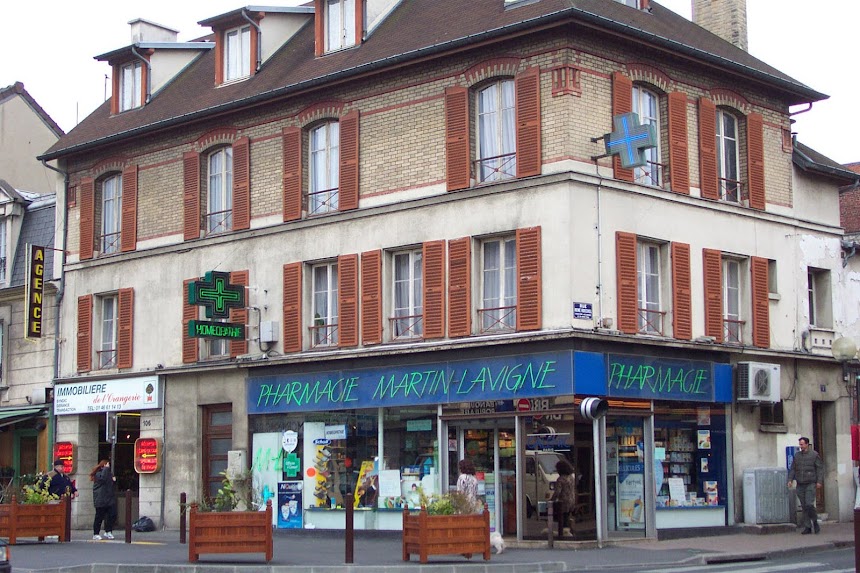 Even so, I remember it took me about an hour every morning to travel across
most of Paris by train and either metro or bus to get to work. That commute wore me out.
Posted by Ken Broadhurst at 06:30