Late March. The pruning work continues, but not for long. Soon the vines
will sprout leaf buds on the few canes that are left on each pied de vigne. 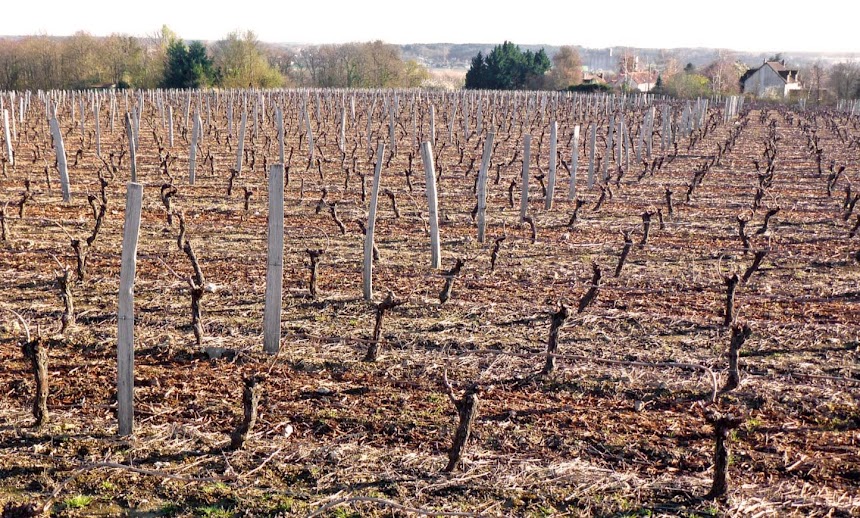 It's raining this morning, but the sun was bright early on Sunday when
I went out to walk with Callie. The light had a slightly blue tint to it. 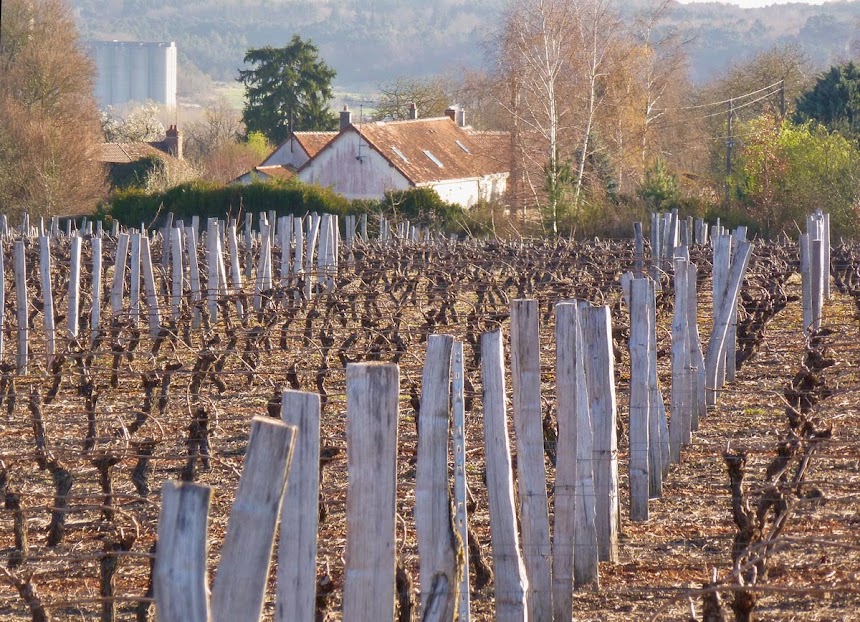 This is Callie's "natural" world, which isn't natural at all, but shaped by human hands... and machines.
It's all geometrical and highly ordered. In France, people seem to like to keep nature under strict control. 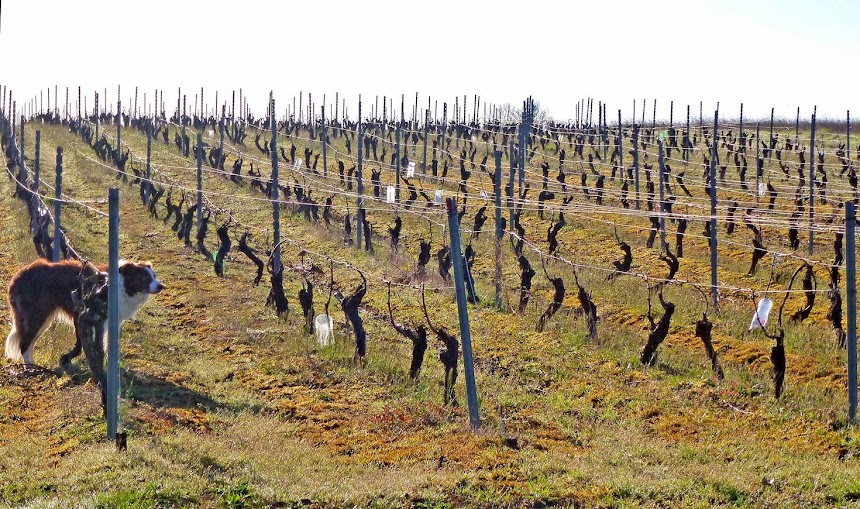 The whole of France resembles a big park, in fact. Manicured, cropped,
pruned, and planned. The vineyard is the model for that.
Posted by Ken Broadhurst at 07:30