Cat and mouse. That's not quite the game I'm playing, but almost. Yesterday, between continuing to get my new computer set up (including the mouse — la souris) I took Bertie the black cat to see his veterinarian. He gets his shot once a year, and gets weighed and examined.
The vet pronounced him in good health. His weight has been steady for the four years we've had him, at 6 kilograms (just over 13 lbs.). Yesterday, we found a tick on him, even though he gets his Frontline treatment every month. The vet removed the tick. She asked me if he was an outdoor cat and I said yes. Does he fight with other cats? Yes. The vet looked at his teeth and pointed out to me that one of his lower crocs (fangs) is missing. I'd never noticed. He must have lost it in a fight. The vet said it wasn't a problem for the cat. 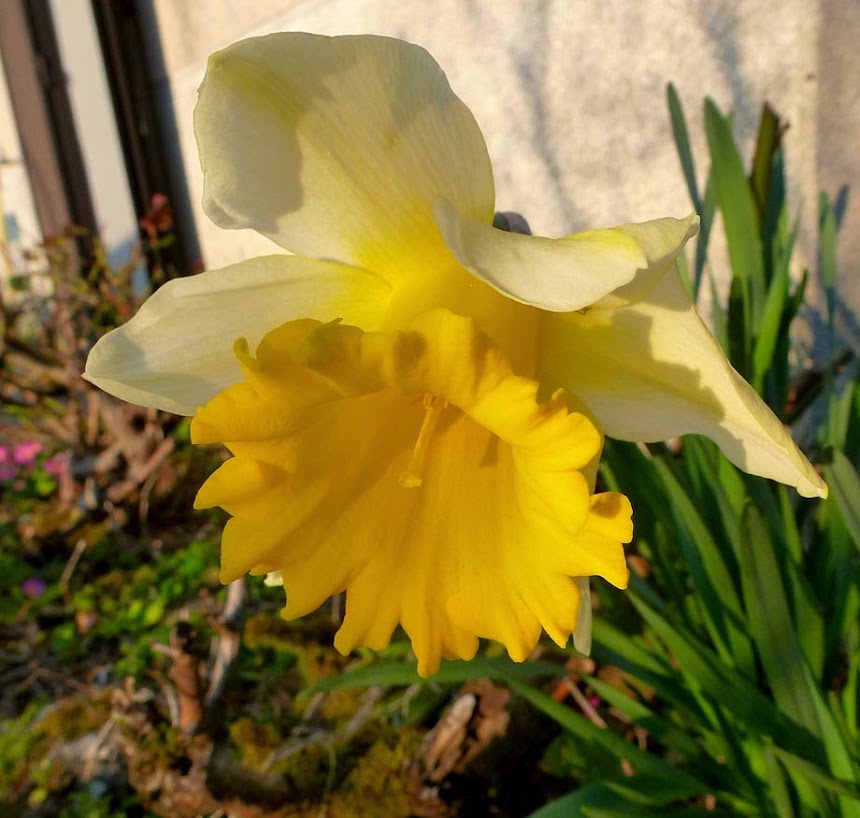 Meanwhile, I went to the computer store on the way to the vet's and bought a new USG wifi adapter for the computer. When I got home, I plugged it in and crossed my fingers. I have read so many web forums about incompatibilities between USB adapters and Windows 8 that I wasn't optimistic about this one. But in fact, it seems to work fine — I didn't have any instances of lost signals or connections all yesterday afternoon and evening. What a relief! It just goes to show you that you can't believe everything you read on the 'net.
The manufacturers of such devices have probably made repairs and improvements in the software drivers they supply for Windows 8, after having so many customers complain that the things didn't work right. Speaking of things that work right, one feature of Windows 8 and 8.1 that I find to be a vast improvement over what I've ever seen in any other operating system or software I've used since the 1980s is its language capabilities. 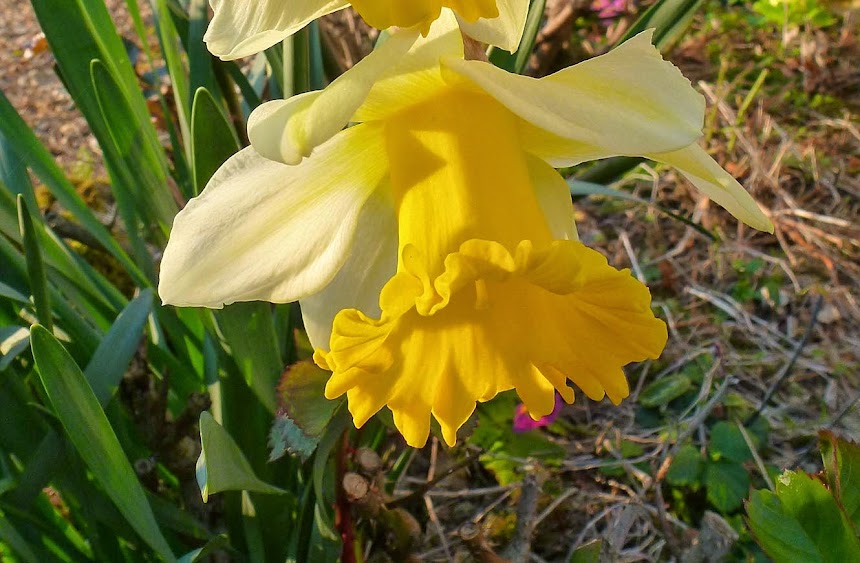 Usually, if you buy software in France, the interface language is French. I use a French version of Photoshop to process my photos for this blog. I've used it for years, and I now know the terminology of photo editing tasks better in French than in English. I'm more comfortable with French Photoshop, but it's about the only application I use in French (even though I read French almost as well as English). Android tablets, by the way, come only in English, as far as I know. French people have to just deal with that, I think. Tell me if I'm wrong.
I received a French copy of Windows 8 with my new computer. I figured I would just get used to it and learn the vocabulary. I quickly realized, however, that doing the setup and configuration work I needed to do was going a lot more slowly because I wasn't familiar with the French names of all the control panels I needed to be using. Device Manager, for example, turns out to be Gestionnaire des Périphériques (never mind that a lot of the devices are not peripherals at all, but are located inside the CPU...). 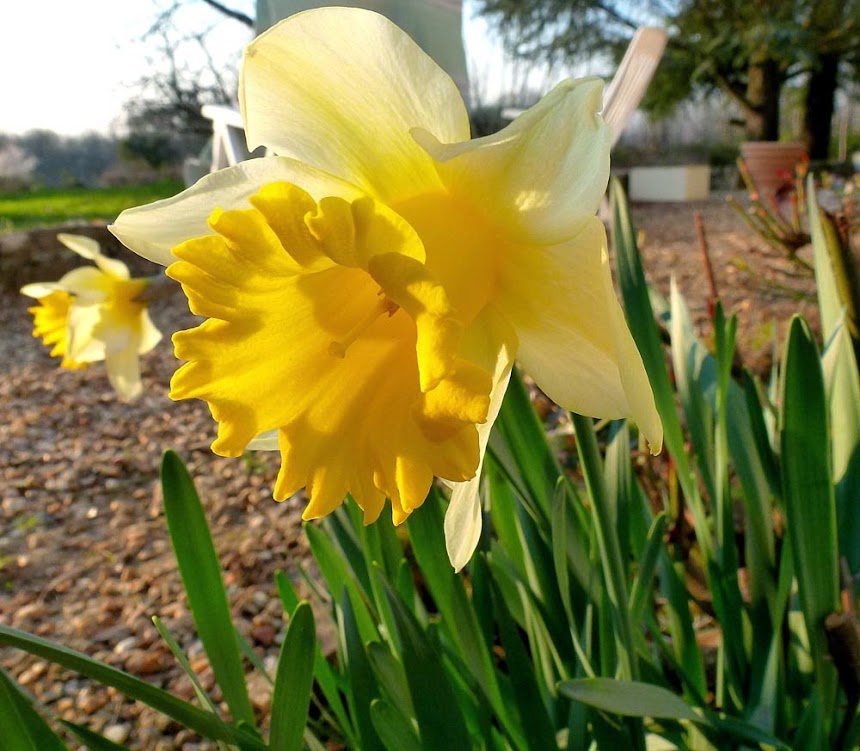 I mentioned this language issue to Walt, and he told me he had a copy of Windows 8 with an English-language interface. How'd you get that, I asked him, because he also bought his computer, pre-loaded with Windows 8, in France. He didn't remember at first, and then he said he thought he had had to download something to get the English version. That's when I noticed a Windows control panel named Langues.
I clicked on the Langues control panel, and I learned that I could download a languages module for Windows and switch the interface to just about any language I desired — including, of course, American or other varieties of English. So that's what I did. All of a sudden, there was all the old terminology I have grown to know and love over all these years. It's amazing. In all, it took maybe 20 minutes to download the language module and set it up. If I ever want to go back to the French interface, it'll be easy.
Hope you've enjoyed the daffodil photos. I took them a week ago.
Posted by Ken Broadhurst at 07:40