This bush full of red flowers puts on a display every year in early spring across the street on our neighbors' property. I have never known what it was, exactly, but after some Internet searching I think it might be a flowering quince. 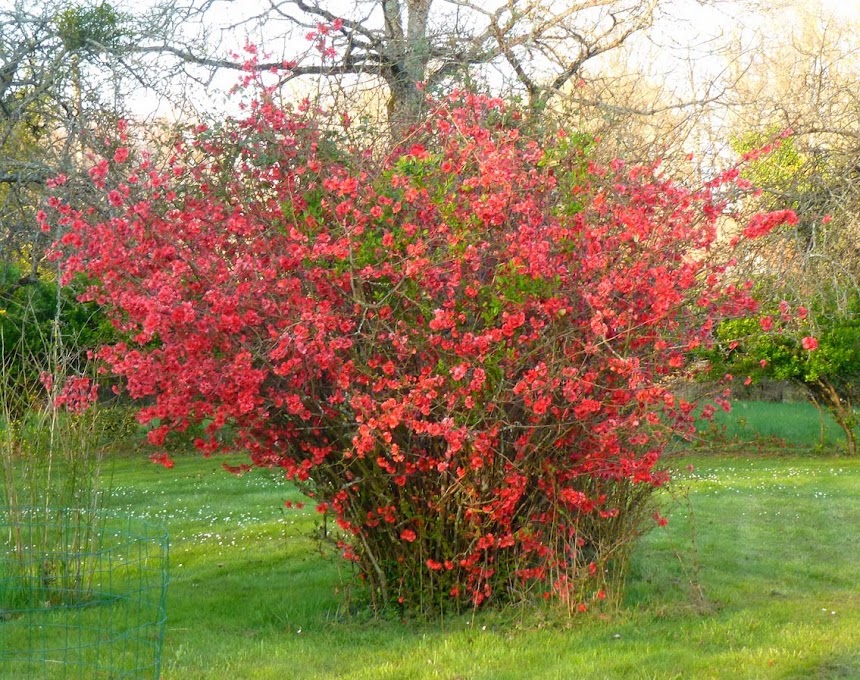 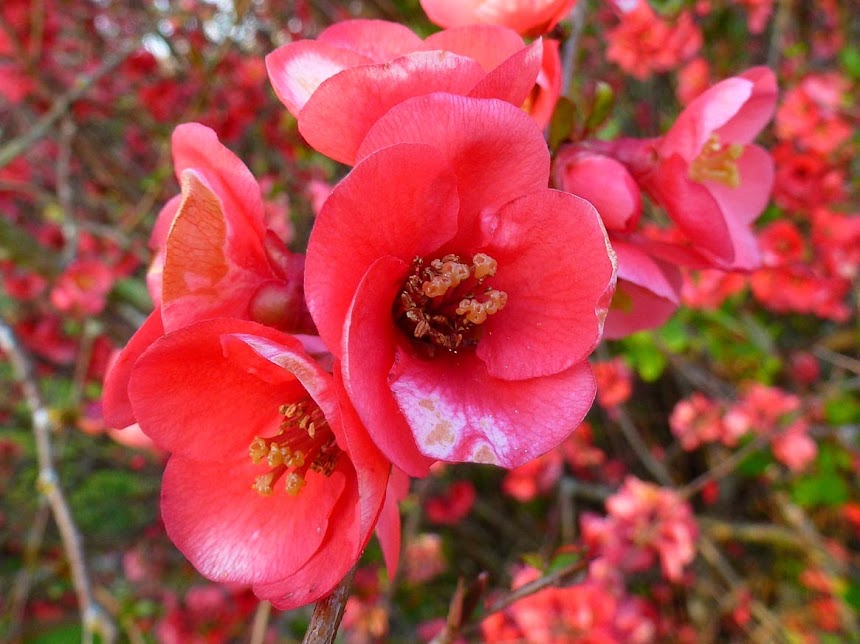 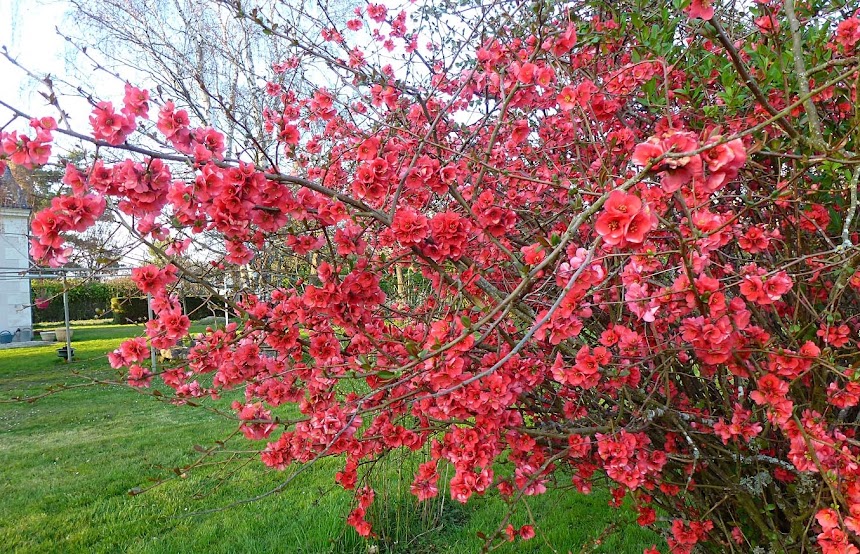 The mild but wet winter we've had this year, and now this early spring, have brought out flowers like I haven't seen before. Two camelia bushes on the east side of our house — bushes we are considering digging out because they've never flowered very profusely — are making us re-think our plan. Maybe we can move them to a better spot. 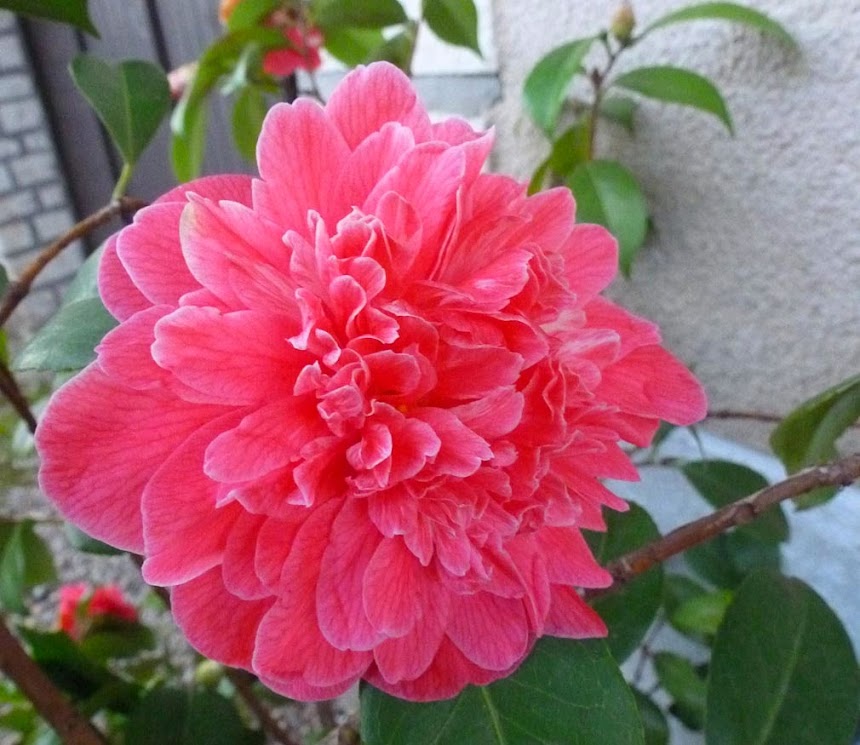 And finally, Josette's primrose garden is spectacular right now too. She's the woman who sold us this house we've lived in since 2003. Her husband had died a few years earlier, and she wanted to move to Tours to be closer to her daughter and grand-daughter.

Josette is in her late 80s at this point, and she moved to Tours  nearly 10 years ago, so she doesn't get to see this springtime bloom any more. Maybe she'll see this blog post. I know her daughter sometimes checks in here.
Posted by Ken Broadhurst at 07:30