An afternoon in Le Grand-Pressigny

On Monday, we drove down to Le Grand-Pressigny to inspect our friends' (Jean and Nick) kitchen stove. We still haven't decided what brand of new stove would be the best for us to buy, and J & N like theirs. It's what's called a cuisinière mixte — it has three gas burners and one electric burner on the cooktop, with an electric oven, just like the one we are replacing but from a different manufacturer.


While we were in LGP, as we've come to call it, we took a walk around the town and took some photos. I took this picture of the church. 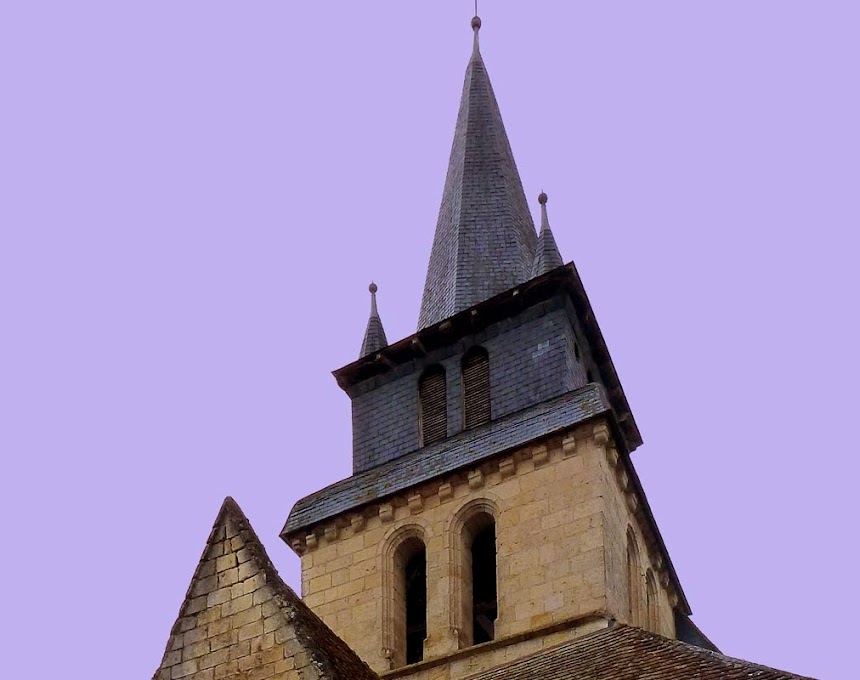 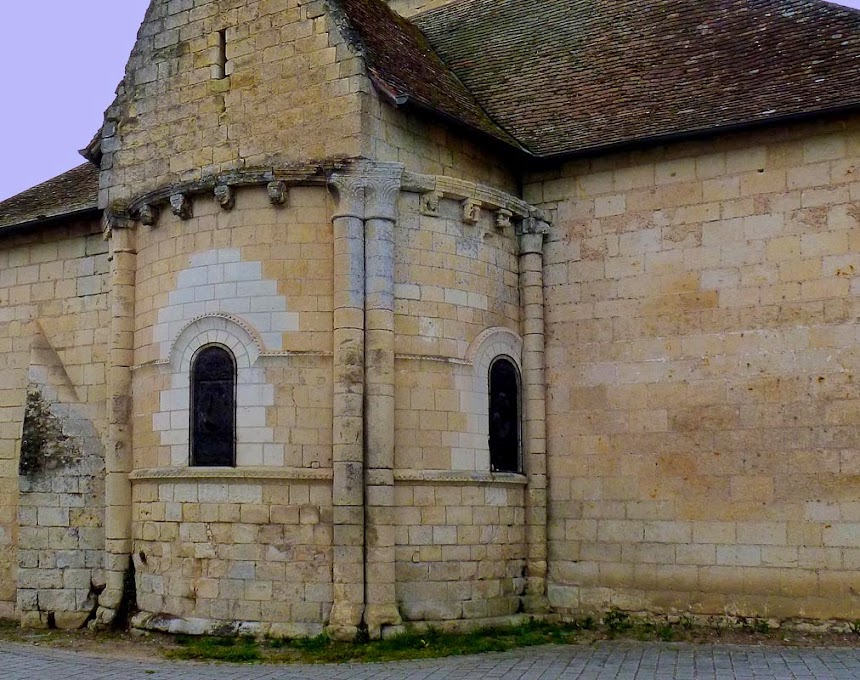 And then I turned around and noticed Walt snapping a photo down a side street next to the Préhisto-Bar, where we were going to stop for something to drink. 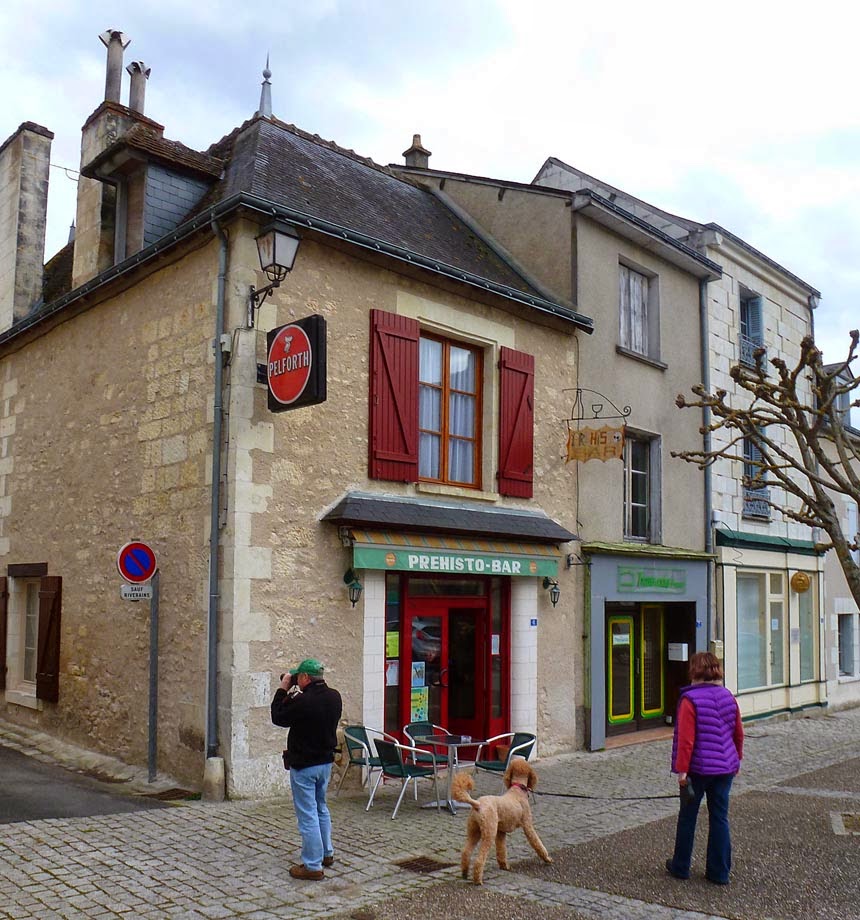 That's Jean with J & N's dog Lulu, a standard-size poodle. The café is called the Préhisto because LGP was an important town in prehistoric times and was famous for the flint tools crafted there and widely used all over western Europe.
Posted by Ken Broadhurst at 07:25