Finishing up with the kitchen

This was not at all a kitchen remodel. It was a ceiling repair. It was spring cleaning. It was a good thing to get done now, as the milder weather sets in, and the garden work starts. Now we can focus on other projects. 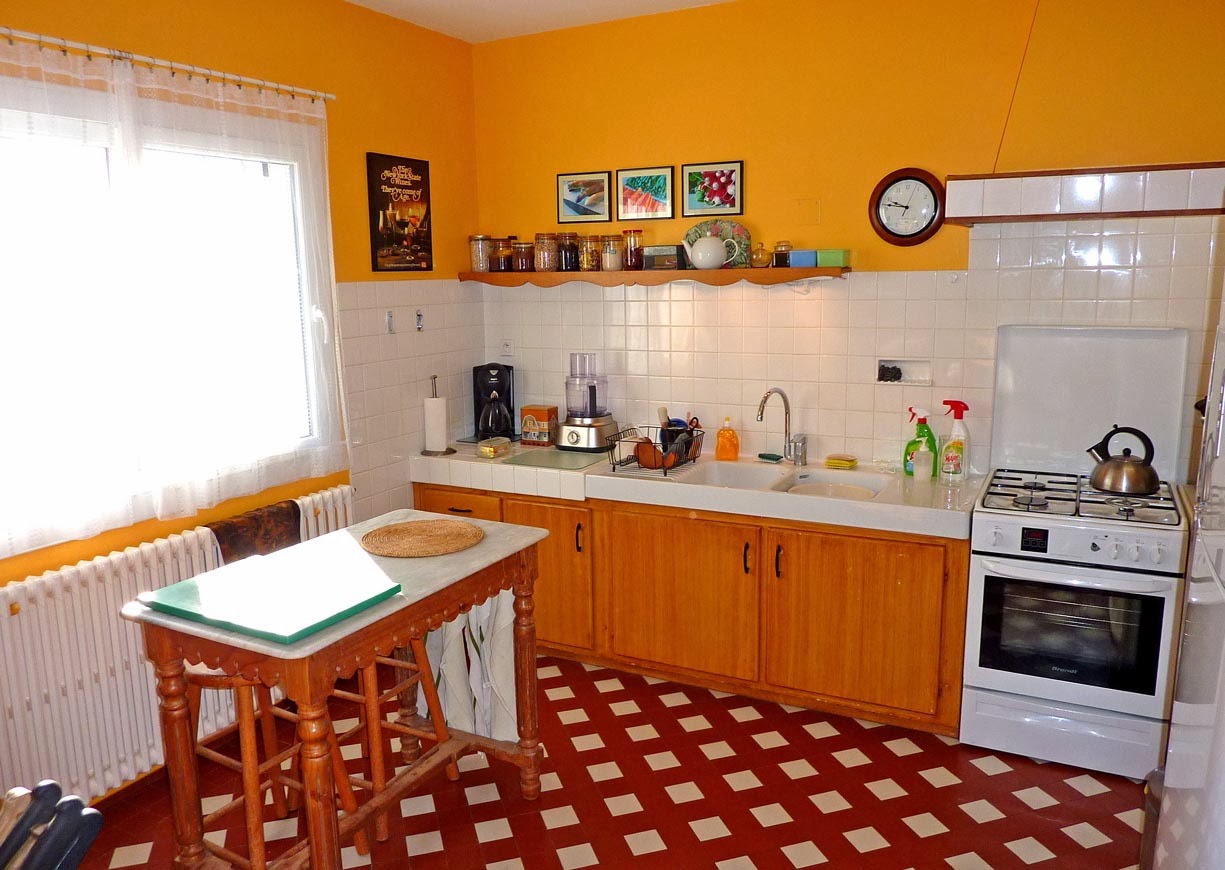 We decided the walls didn't
need to be repainted for now.
A good wiping down and
cleaning of walls, tile,
radiator, and floor was
enough. It's only the
ceiling finish that is new. 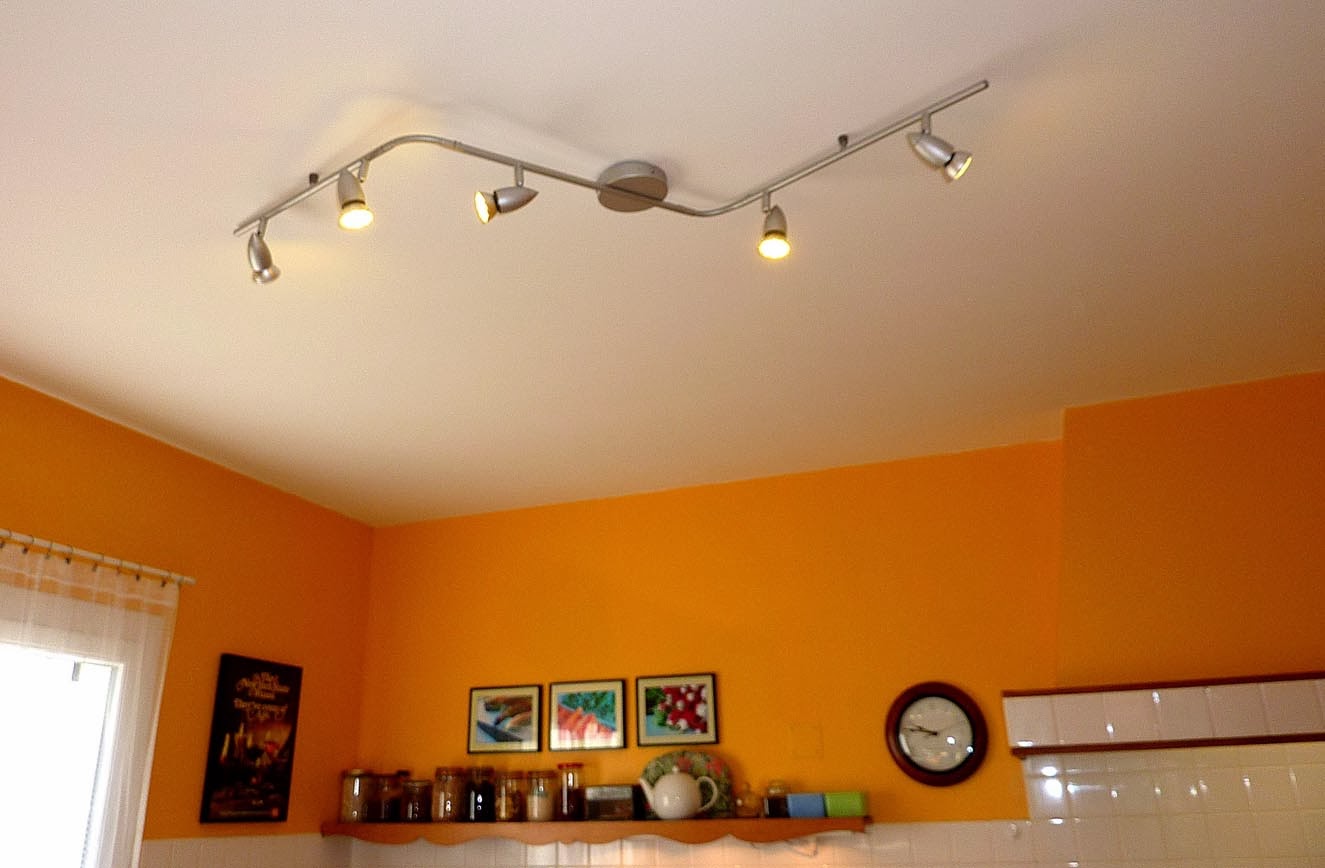 This is the halogen light fixture
that caused us a lot of trouble.
Parts of it keep coming loose.
It needs to be replaced, I guess.
Problem is, we'd need the same
one because there are two holes
in the brand new ceiling where
the arms of the fixture are attached. 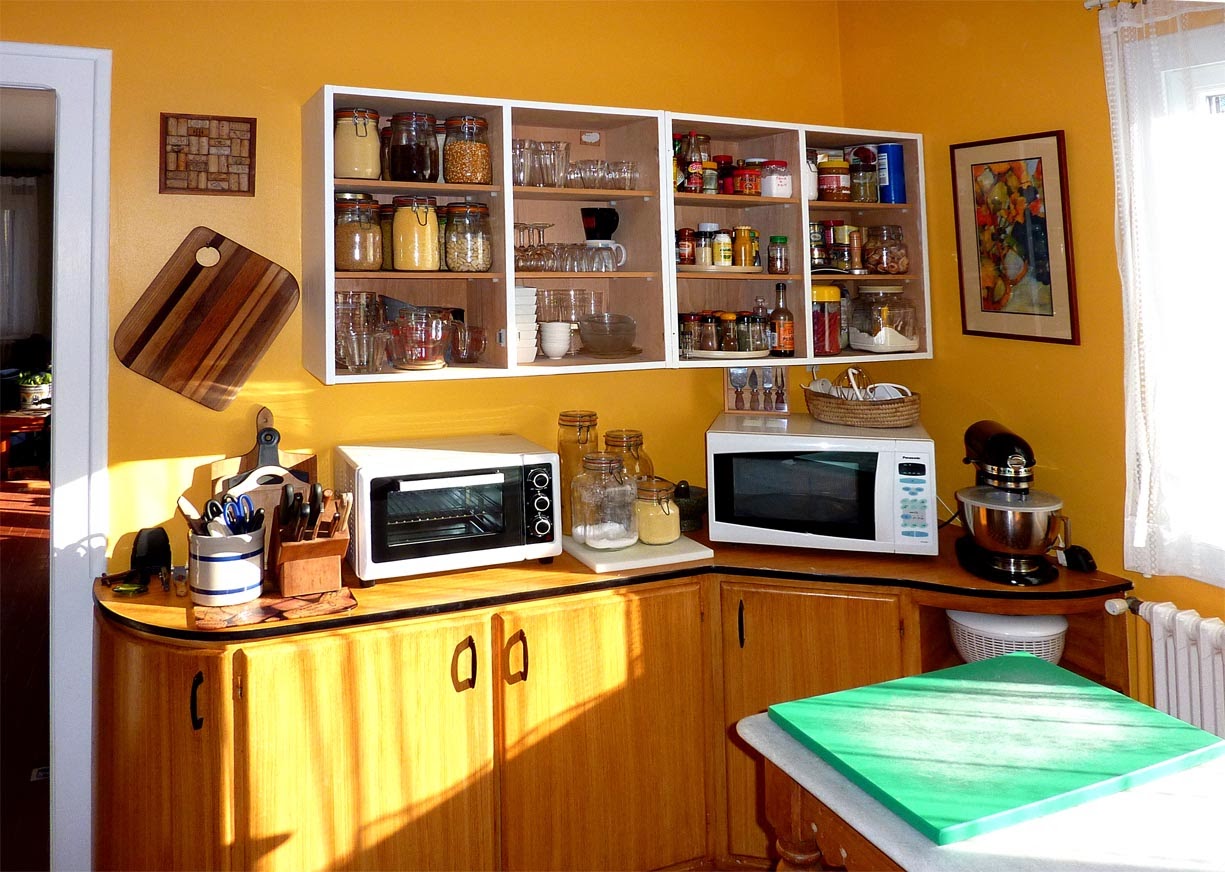 We bought this kitchen as is in
2003,when we bought the house,
with only minor changes. It's a
French kitchen of the 1960s or '70s,
and it's fine (though small). We painted
the walls yellow, and took the doors off
the cabinets to paint them and then decided
not to put them back. on.  We had
some electrical work done (more
outlets) and repainted the radiator.
We had a new window put in.
Now we have a new ceiling. 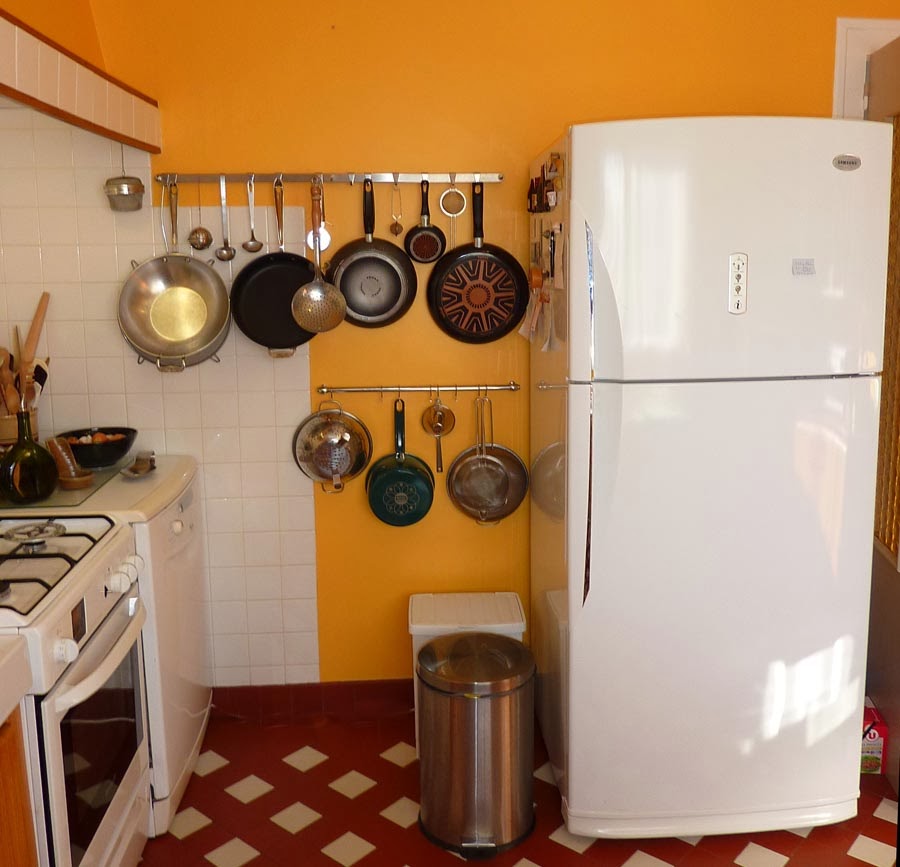 We also added these pot racks.
The lower one is recent.
There's never enough storage space
in a kitchen, is there?
The refrigerator is a Samsung
frost-free model that has given
us good service for 10½ years
We have a Whirlpool dishwasher
that's of the same vintage. 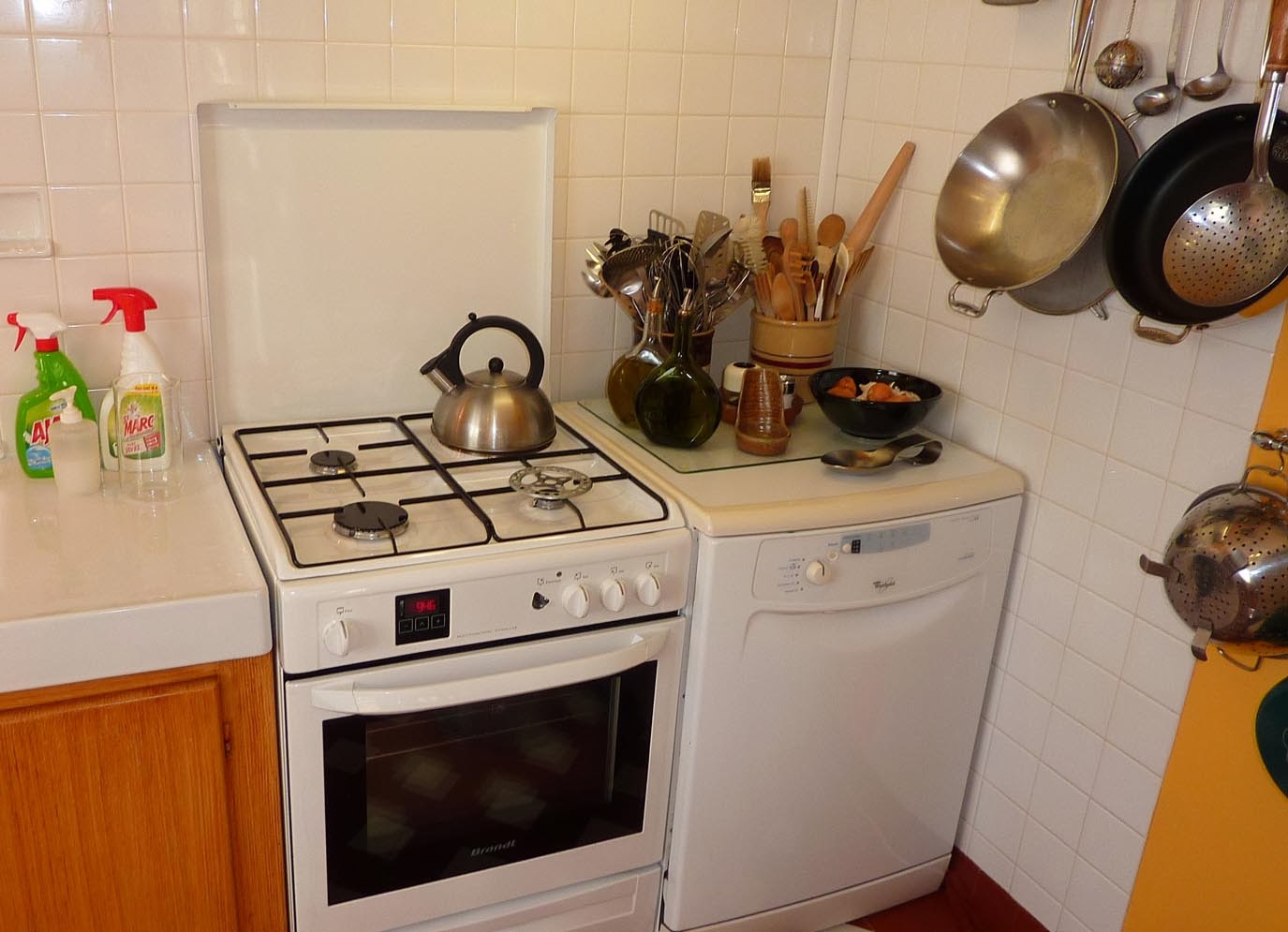 Now we need to replace the stove.
It's too bad, because it still looks new,
but the manufacturer says it would cost
more to refurbish it than it would cost
to buy a new one. So we're going to
get a new one. With all the cooking
we do, it'll be worth the investment.


Our homeowner's insurance covered the cost of the ceiling repair, with no deductible, because the damage was caused by stormy weather. That has turned out to be a nice birthday present. With the work we did, it's almost like having a new kitchen.
Posted by Ken Broadhurst at 07:30