A paysan [pay-ee-SÃ] is a peasant or "country person." The feminine form of the word is paysanne [pay-ee-SAHN]. We used to have a friend from Paris who had spent a lot of summers during his youth, and the last few years of his life, here in the Saint-Aignan area, and he referred to the local people as les paysans. It's not necessarily pejorative.


One thing that's certainly not pejorative, from my point of view, about being a paysan or paysanne is the kind of food that people cook and eat out here in the countryside. It's not fancy. It is hearty. One example is the omelette paysanne (or omelette à la paysanne) — the peasant-style omelet. It can also be called une omelette campagnarde — "country-style." 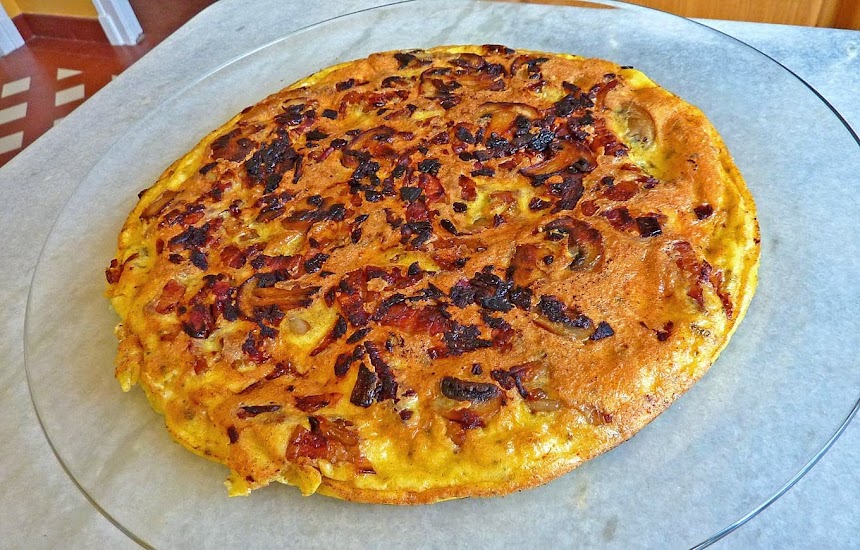 The recipe and method are not really written in stone. The ingredients include eggs, of course, and bacon or smoked pork belly (slab bacon, cut into chunks called lardons). And then you can add sauteed diced potatoes, mushrooms, and grated cheese. Everything is more or less optional — you use what you have on hand. That's the nature of peasant-style cooking. And you make the omelet the way you want, as a well-done frittata or as a filled-and-folded omelet, as runny as you like it.


The Larousse Gastonomique food and cooking encyclopedia does include a recipe for an omelette à la paysanne. It says you should cook the omelet flat, like a crêpe. That's what we did, without having looked at the LG.


Instead of putting potatoes in our omelette paysanne, we cooked them alongside. These puffed potatoes, called pommes de terre dauphine, are not done country-style. They are too fancy, and too delicate, to qualify as rustic food. The dauphine in the name is the wife of the dauphin, who was the heir to the French throne (the son of the reigning king). So these potato puffs have royal origins — or at least royal pretensions. 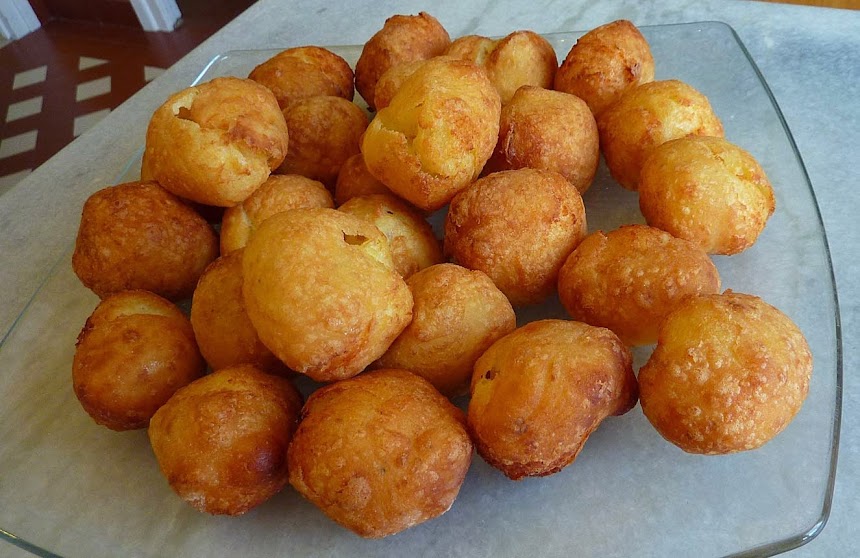 And ours were made with leftovers. I had made a big bowl of mashed potatoes (purée de pommes de terre) a couple of days earlier. What you do is make a batch of cream puff dough, called pâte à choux, by melting some butter in a sauce pan and then tossing in a handful of flour. You stir that vigorously over high heat until it forms a ball that detaches itself from the bottom and sides of the pan.


At that point, take the pan off the heat, let it cool slightly, and then beat a couple of eggs into the dough. Add the mashed potato and let the mixture cool until you can work it with your hands. Roll balls of the potato dough in some flour. Deep fry them. They will puff up and be light and airy, like... well... cream puffs. Pommes dauphine make a good side dish with steaks, chops, roasts, or an omelette paysanne. Don't forget the green salad.
Posted by Ken Broadhurst at 07:30