We woke up to rain yesterday morning. We were a house-full: our friends from California were all sleeping downstairs. Ginny said it was nice to listen to the rain fall as she was waking up.

Partly because of the rain, we spent the morning in the house. We had cups of tea or coffee and ate good bread from a bakery in Saint-Aignan along with butter from Brittany and home-made plum jam. Some had cheese: an Italian peccorino (ewe's milk cheese), a local goat cheese (from Selles-sur-Cher), and others. 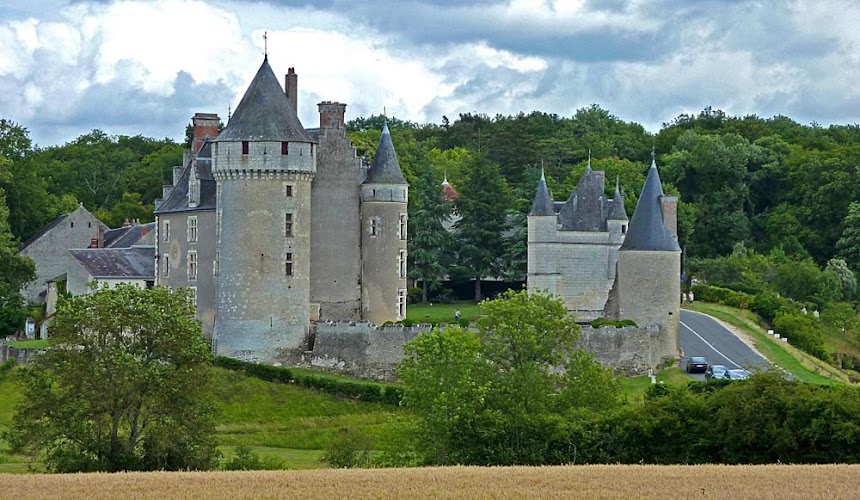 The château at Montpoupon, near Saint-Aignan,
Montrichard, and Loches in the Loire Valley

Then we decided to go to a crêperie for lunch. The one in Saint-Aignan is closed on Wednesdays, so we headed toward Montrichard. It's on the way to Chenonceaux, which was our first sightseeing destination of the day. In Montrichard, the clouds broke and we had blue skies and sun. 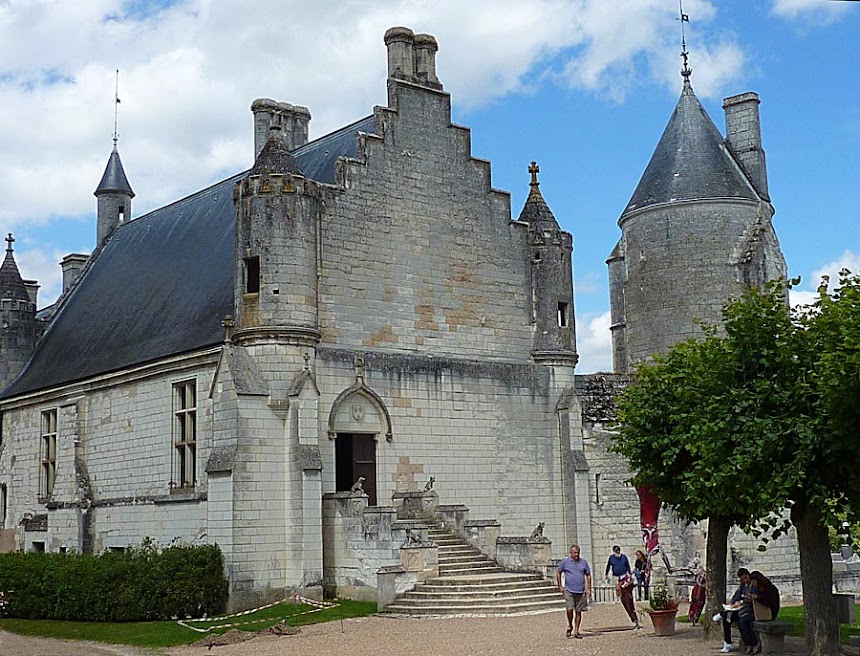 After lunch, we did the river walk along the Cher up to the Château de Chenonceau. It was a little muddy because of the morning rain. Strangely enough, I didn't take a single picture of the château. There was scaffolding covering part of it. 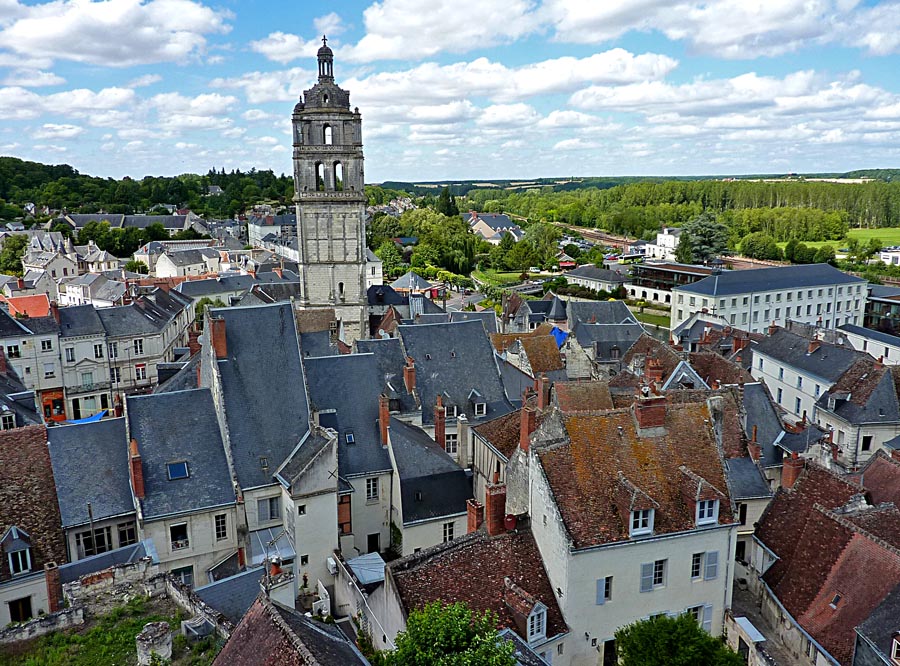 We drove on toward Loches, passing the Château de Montpoupon along the way and stopping to take a photo or two. When we arrived in Loches, we had to park some distance from the gate to the old city because of road works. We trudged up the hill under bright sun. 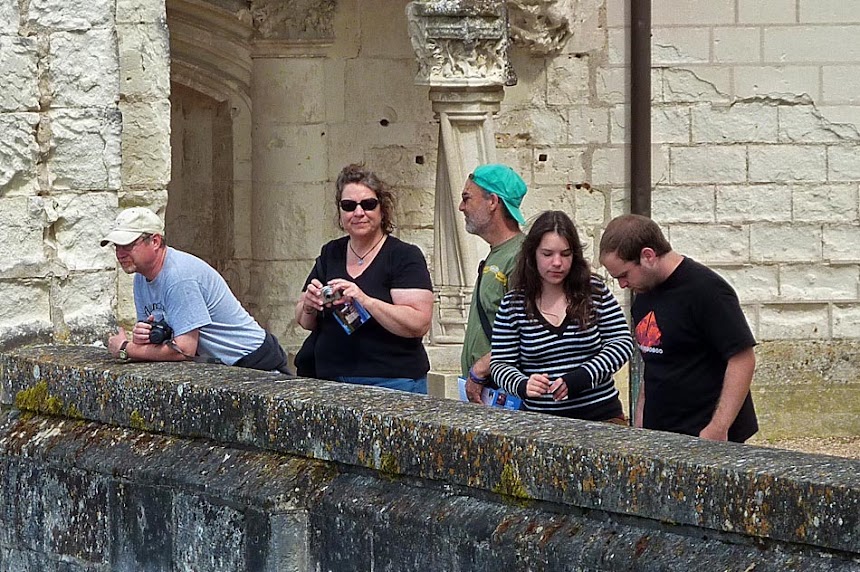 There were people but no crowds. After looking around in the old church where Agnès Sorel's tomb with a recumbent statue sits as a kind of shrine — Agnès was the first woman to be officially recognized as a French king's mistress, back in the 1400s — we bought tickets and went to see the castle and the fortress. 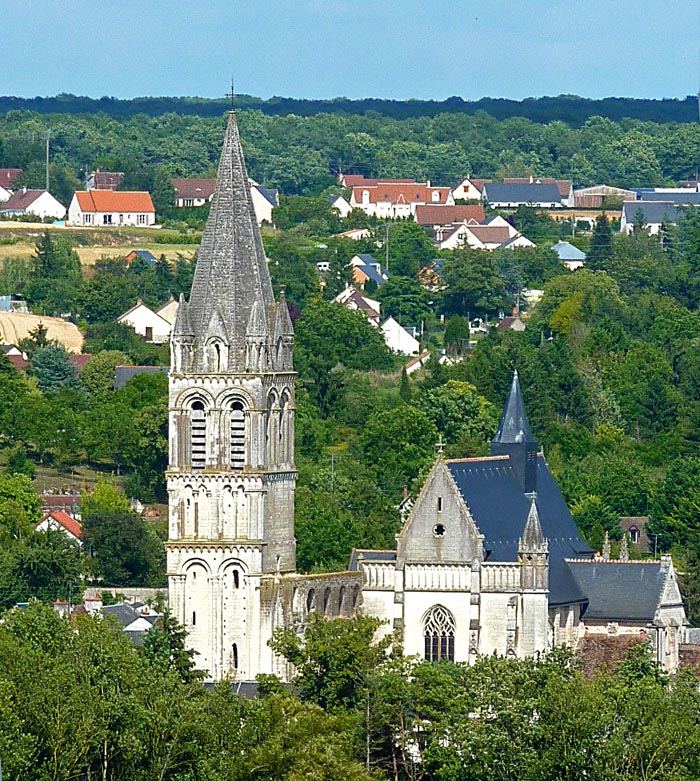 The towers of the old abbey at Beaulieu-lès-Loches

We walked through the Royal Residence up on the hill, and then enjoyed the nearly aerial views of the town of Loches below, from the ramparts of the medieval town. We walked to the other end of the old town and climbed all the stairs of the old towers of the fortress to get more views from up high. The wind blew hard, but the sky stayed just partly cloudy with many moments of sunshine. 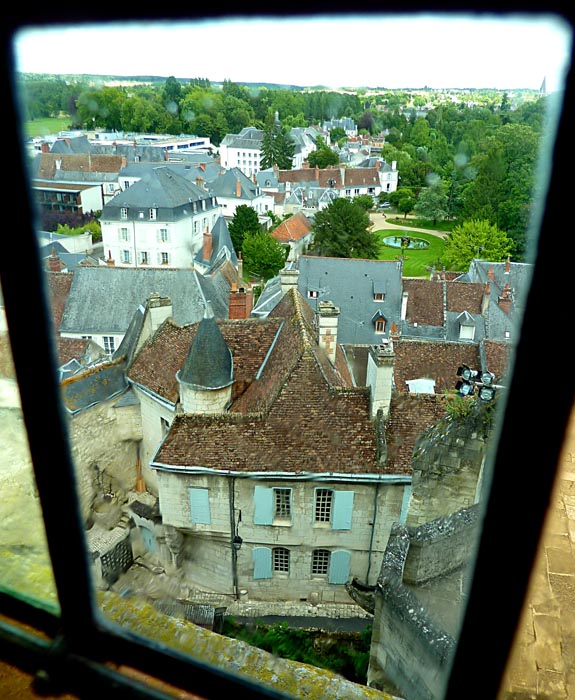 View out a window in the Logis Royal at Loches

After we got back to Saint-Aignan, Ginny, Molly and I took Callie the Collie for a walk in the vineyard. And Bertie the Black Cat came with us. He followed us along the edge of the vineyard. At different points, Callie chased him a little, but she finally just lost interest and continued her walk without paying too much attention to him. That's real progress in dog-and-cat relations. Bertie seemed to enjoy following us around. 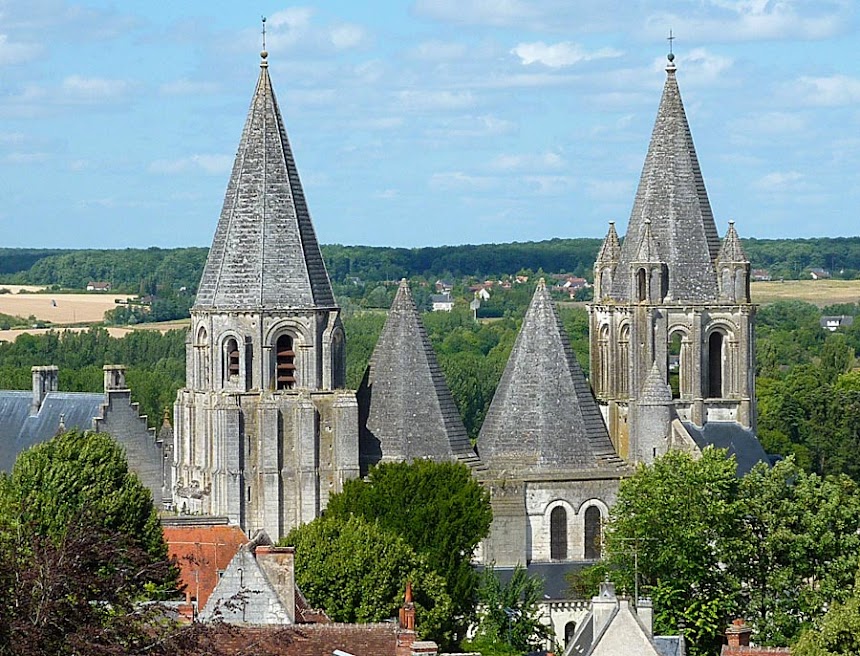 We also found that the afternoon's winds had broken a huge branch out of the biggest and oldest apple tree in our yard. That will mean more firewood for the winter and fewer apples in the fall, which makes the loss of the limb less distressing. That old tree is not going to live forever.
Posted by ckb at 07:38