Mézières-en-Brenne, on the banks of the Claise River, is the biggest town in the Brenne [BREHN] region in the Berry (central France). Before going to the restaurant on the shores of the Etang de la Gabrière in the Brenne to meet Susan and Simon the other day, CHM and I had a look around in the church. We were early and there it was.

Along the way, I got interested in the etymology of the word « étang » in French. We don't have an equivalent word in English. If you look in the French-English dictionary, you learn that un étang is a pond or, if the étang is big enough, it's a lake. French also has words for pond — une mare — and for lake — un lac. 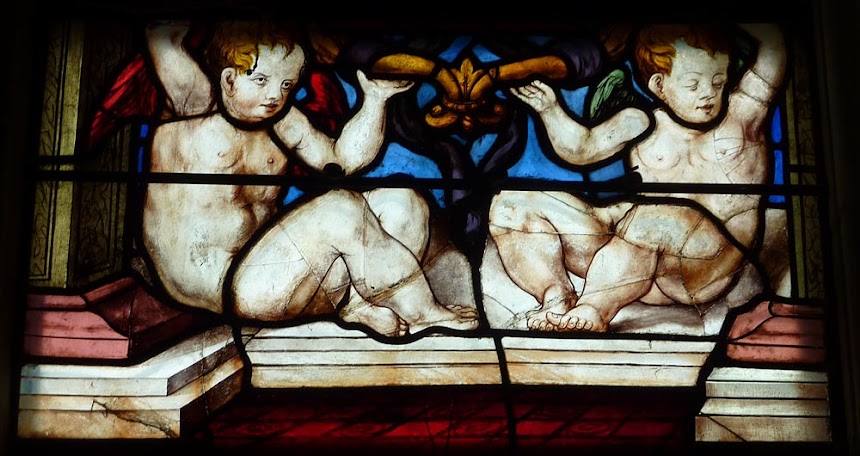 All these pictures show the church at Mézières-en-Brenne

The crucial characteristic of an étang is that it is very shallow for its size. Many étangs are man-made, or have at least been modified by the hand of man, as they say in French. Both our nearby Sologne region and the Brenne to the south of us feature many of these small artificial lakes or ponds. Both areas used to be essentially marshy or swampy, and for centuries yellow fever and malaria were carried by the mosquitoes that bred in those wetlands. 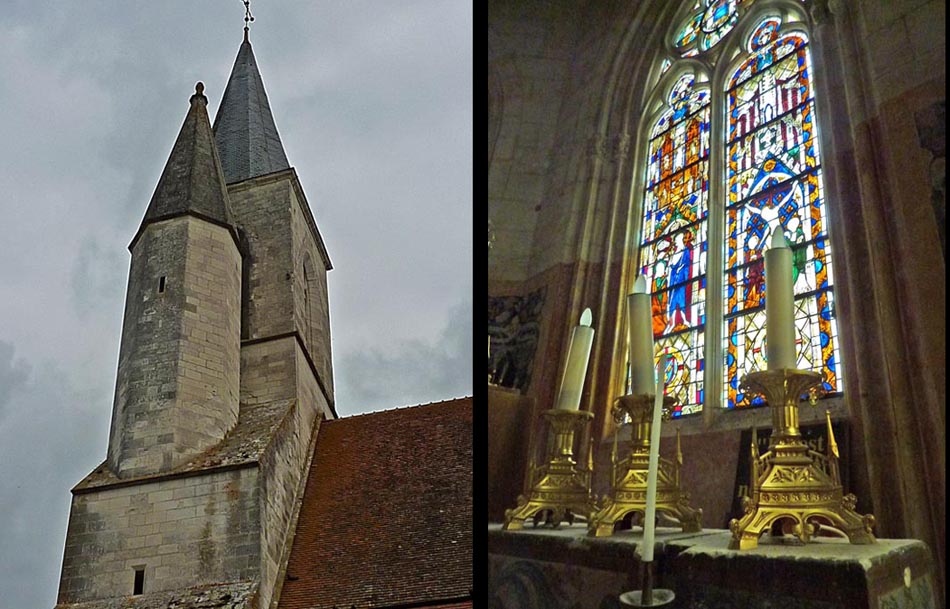 Over the past 500 or 600 years, the marshes and swamps have been drained. Natural depressions and low spots in the land have been dammed with low earthen levees at one end to allow water to collect and form a pond or lake. Fish — carp and others — have been introduced. The result is shallow bodies of water in which fish control the mosquito population by feeding on the wrigglers. And the fish have often come in handy as a food source when famine was a problem in past centuries. 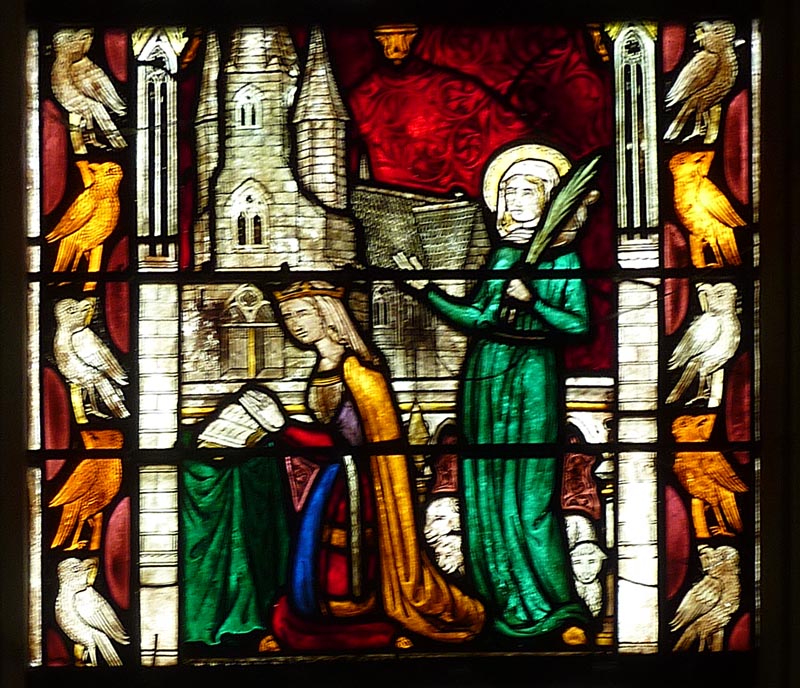 Anyway, the word étang comes from the French word for "impermeable" or "water-tight" — that word is « étanche ». You can see the resemblance. The fact is that the chalk-and-clay soil of the Brenne is basically impermeable. Water collects rather than seeping in — hence the old swamps converted into shallow lakes. The English word from the same root as étanche is the verb "stanch" or "staunch" — as in stanching the flow of, for example, blood or tears. 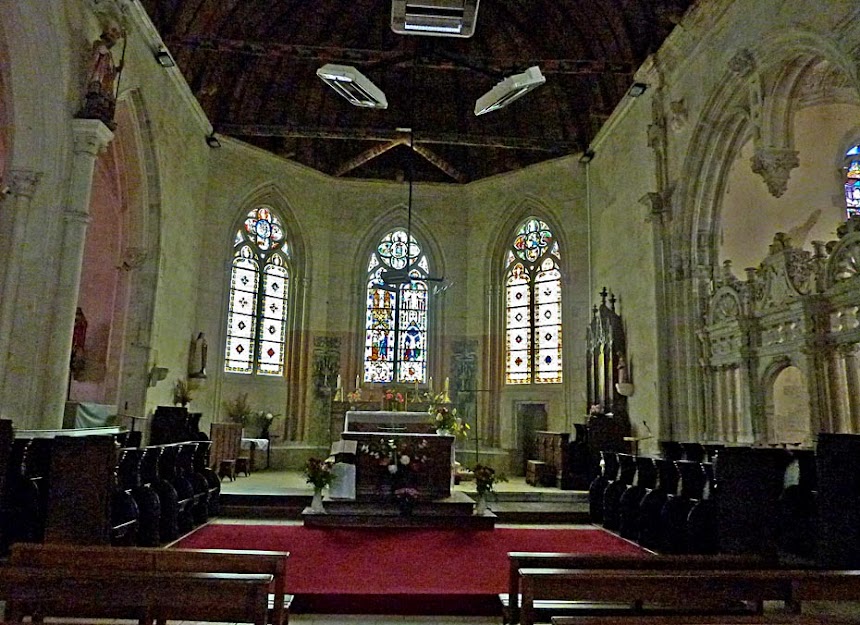 Back to the church: it has a Renaissance-style chapel to the right of the choir, with period stained-glass windows. Other windows in the Mézières church date back to the 14th century; some of them underwent restoration work in the 19th. The wooden choir stalls were moved here from the nearby abbey of Saint-Cyran-en-Brenne. 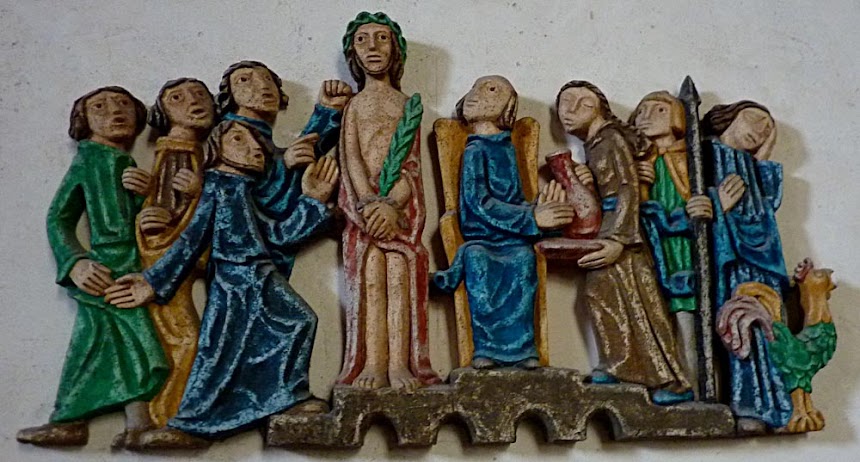 The Saint-Cyran monastery was officially abolished in 1712, when the disbanding of the religious community there was ordered by the archbishop of Bourges. In 1739, the furniture and fittings were sold off. Saint-Cyran had been presided over by an abbot who preached Jansenism in France in the 1600s. The Jansenist movement, which emphasized original sin, human depravity, divine grace, and predestination, had been declared heretical by the pope in 1655. 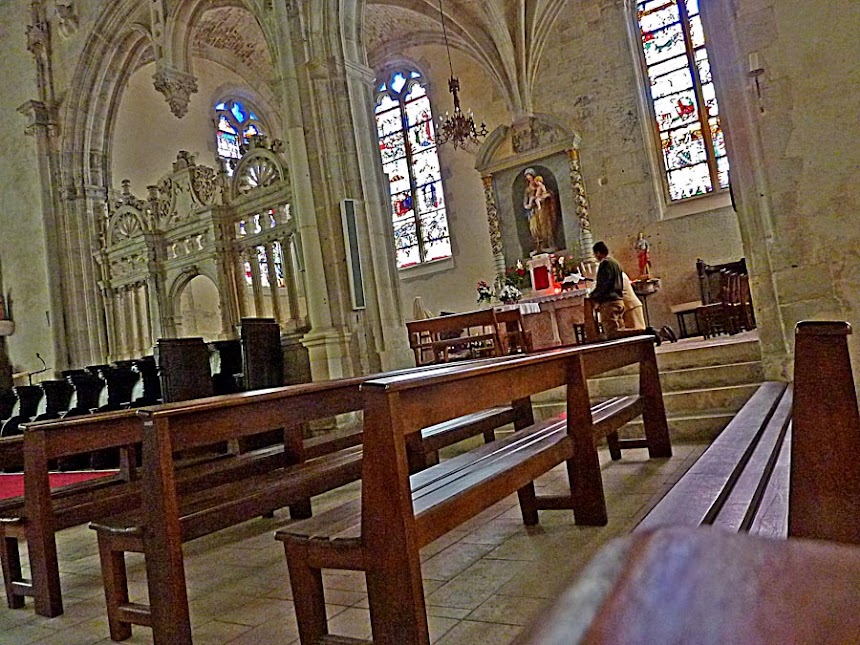 Mézières got the choir stalls. While CHM and I were in the church taking pictures the day before yesterday, two people came in to pray. The woman was older, the man younger. I assume they were mother and son. We didn't stay much longer, and they didn't stay long either. I saw them exit the church just as we were pulling out of our parking space. 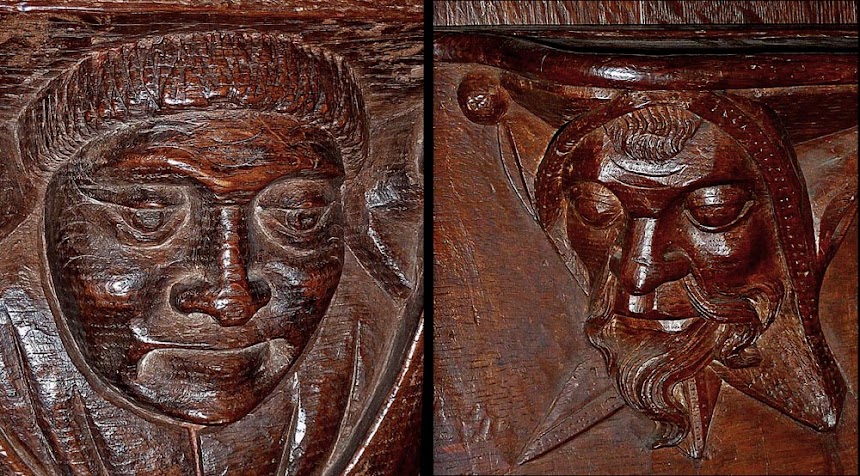 The Brenne region, by the way, is named after Geoffroy de Brenne, who was the lord of Mézières in the 13th century. The 30,000 or so people who live in the region are called les Brennous [breh-NOO].
Posted by Ken Broadhurst at 08:21