Salt-cured duck breast, in English. Or, to be fancier, duck breast prosciutto. In French, "ham of breast of duck." It's easy to make, if you can get a boneless duck breast. But it takes nearly a month.

Most of that is just waiting.The meat is not cooked — it's cured. After salting, the duck breast, or magret de canard, cures for three weeks in the refrigerator. You just roll it up, skin side out — or leave it flat, the way I did — and wrap it in a dish towel or cheese cloth. Leave it there for three weeks to cure. 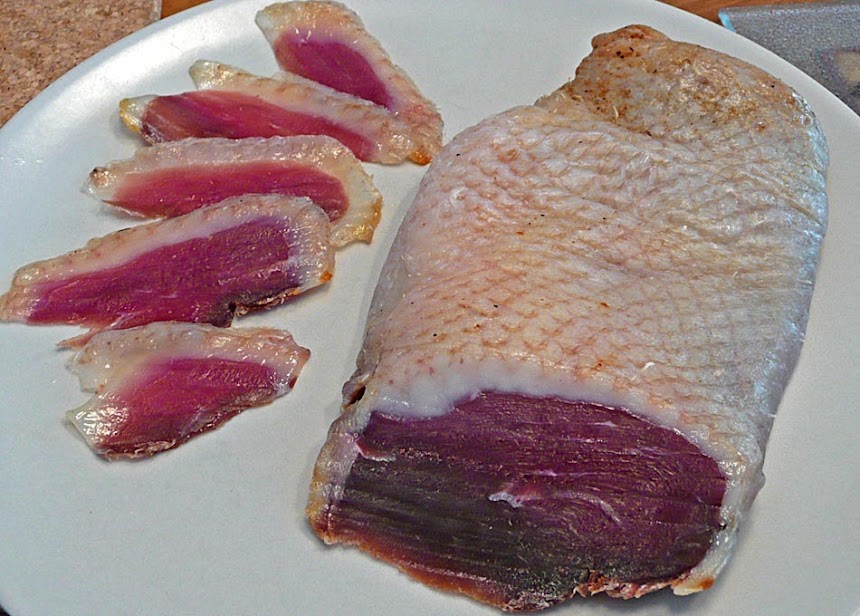 The first step, though, is to salt it down. You cover it in coarse salt and leave it to "marinate" for 48 hours, also in the refrigerator. Then you take it out of the salt, rinse it off, and put a generous amount of black pepper on it. You can also rub some dried herbs — thyme, rosemary, smoked paprika, or whatever — onto the piece of duck with the pepper before you wrap it in the towel and put it away. 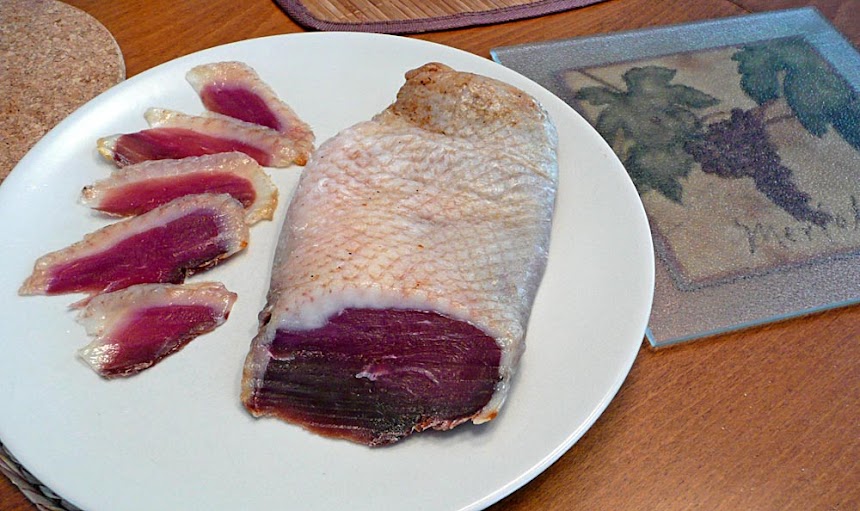 Wait three weeks. Take it out of the refrigerator. Unroll it (if you rolled it) and slice it thinly on a slant. Eat on bread or toast, or use slices as an ingredient in a salad or a pasta dish. If you've ever eaten French jambon cru — jambon de Bayonne, for example — or Italian prosciutto — jambon de Parme — well, you eat the duck breast "ham" the same way. You could even make French-style lardons out of it. 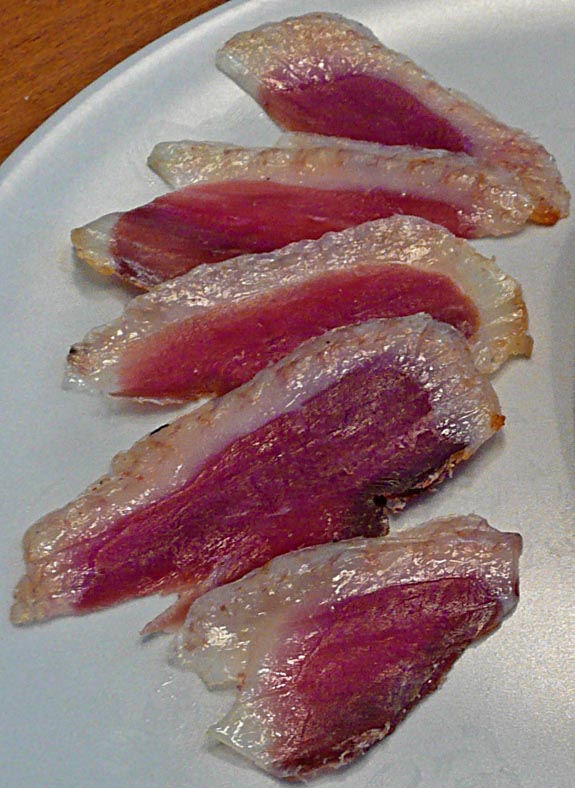