...of fine weather. Today again the high temperature is supposed to be close to 80ºF, with bright sunshine. It's abnormal, but very pleasant. People are sunbathing on the beaches of France.

Here in Saint-Aignan, we aren't sunbathing, but the people who work in the vineyards are out there in shorts and tee-shirts. It's good painting weather, because we can open windows to ventilate the house and we don't have to wear bulky clothes. 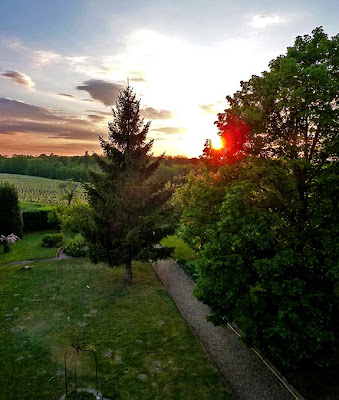 Yesterday's sunset
Meanwhile, I'm keeping an eye on the little pond out back. It's full of tadpoles. I don't know if they are frog tadpoles or toad tadpoles. Tadpoles in French are called têtards, which derives from the word tête, meaning head. In other words, tadpoles are big-headed things. 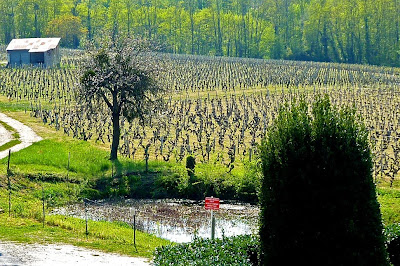 The pond, called une mare in French
If these are têtards de grenouilles, we'll probably hear the frogs before we see them. If they are têtards de crapauds, we'll see the toads all over the place in a few days. Toads are good — they feed on insects and slugs. 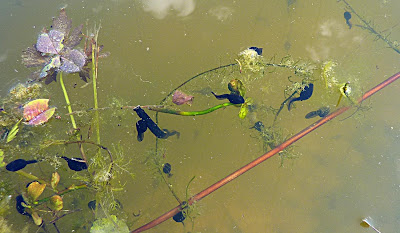 The tadpoles, also known as "polliwogs" in America
A few years ago, we had a pond full of little green frogs that chirped day and night for a while. Frogs are good too, because they eat mosquitoes, among other insects. And no, nobody came to catch some for dinner, at least as far as I know.
Posted by ckb at 07:48