Endives: treats of the season

Belgian endives are a wintertime staple over here. Have they become any more widely available, and reasonably priced, in the U.S. these days? Do people eat them in England?

Maybe its that bitterness thing. There's something about the anglophone palate that doesn't enjoy such foods. They have to be cooked right. Is it because we have lost sight of the seasons when it comes to cooking? 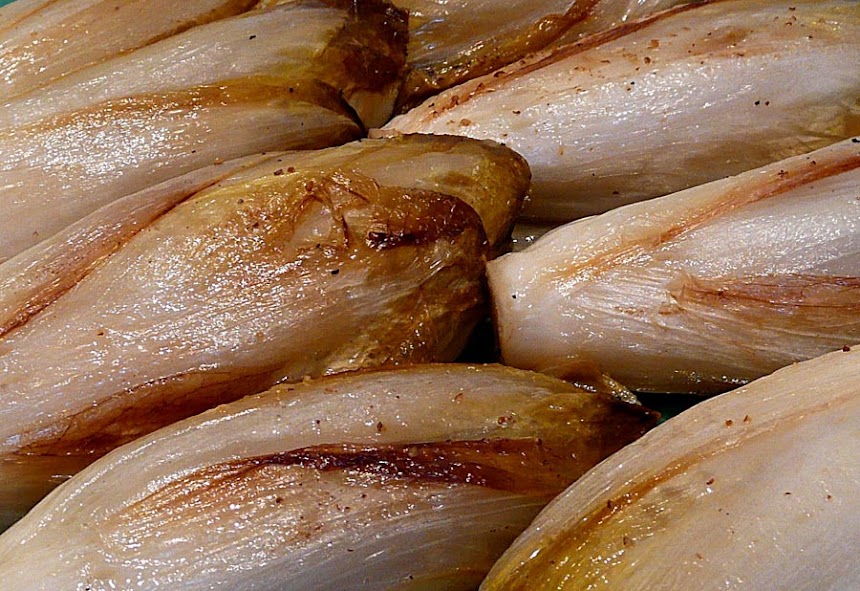 Belgian endives braised in butter and lemon juice, with garlic
Winter grinds on. Good food is the only consolation. Fondue savoyarde, tartiflette, endives au gratin — stick-to-your-ribs stuff. And Walt and I were talking about it yesterday: it won't be long before asparagus season arrives. And then strawberries. And then fruit from all the trees in the neighborhood. It's all something to look forward to. 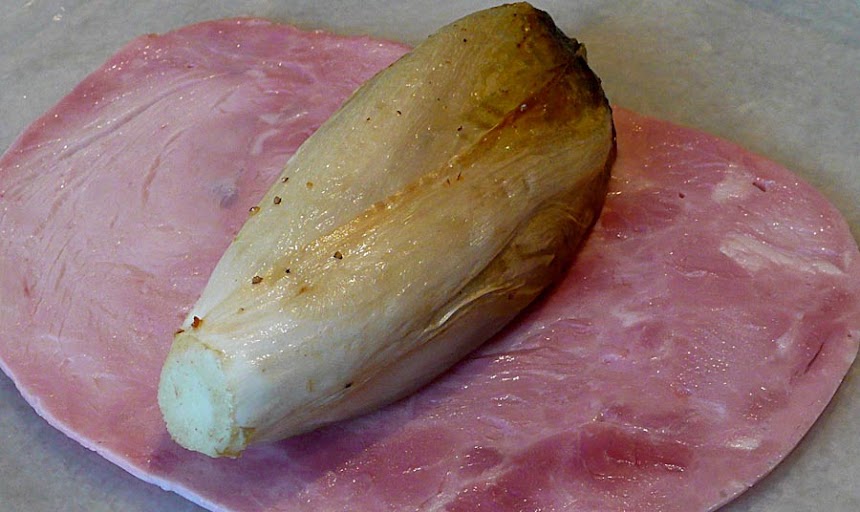 Wrap each cooked endive in a slice of ham,
or chicken or turkey breast.
For now, everybody is hunkered down. Two of our neighbors just decamped to the Paris area, where they keep an apartment. They'll be back when the weather breaks. The other neighbors — the ones whose winter residence is in Blois — hardly come down here at all this time of year. And the neighbors who are here seem only rarely to stick their noses outdoors. 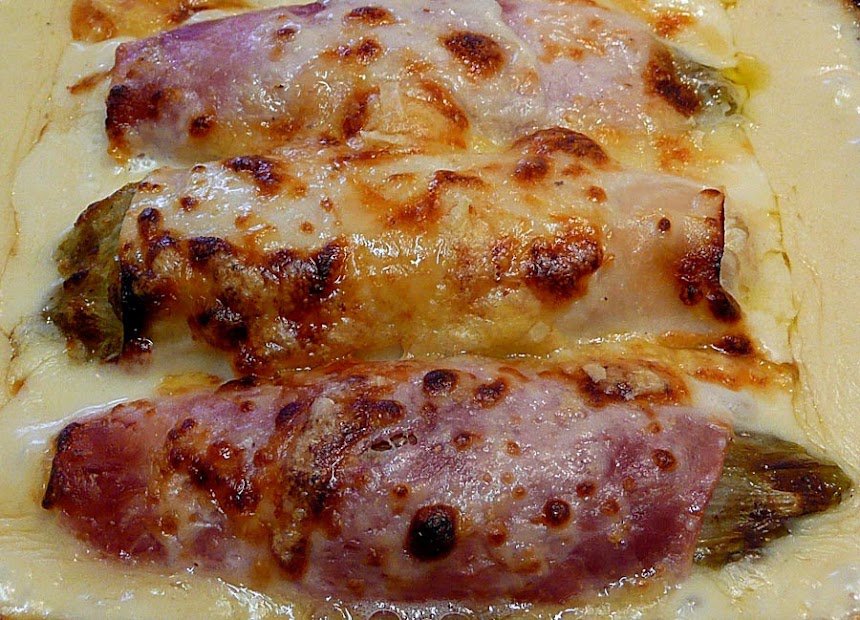 Cook the wrapped endives in the oven in a cheese sauce.
Don't forget to put some nutmeg in the sauce.
Life feels very routine right now. And because there are seasonal patterns, it's hard to find anything of interest to blog about that hasn't already been blogged. Plus ça change, plus c'est la même chose. Les jours se suivent et se ressemblent. All that. Cabin fever has set in. But there's plenty of good food to eat.

I've posted before about cooking Belgian endives, here and here.
Posted by Ken Broadhurst at 07:38