Flash! French TV news is reporting today that France gets more foreign tourists per year than any other country. The figure given is 76 million foreign visitors coming to France every year. Well, you'd never know it out here in the country. By the way, the population of France is about 60 million.

It was July 15, a hot Saturday in the middle of tourist season. I left Saint-Aignan at about 7:00 a.m. to drive up to a village near the town of Étampes where my friend CHM was visiting friends. The plan called for me to go fetch him, and then we would stop and see several châteaux and churches during the day, have a nice lunch, and arrive back in Saint-Aignan by nightfall. 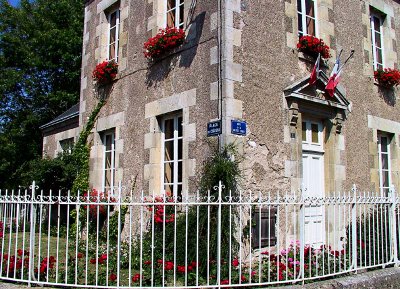 The town hall at Yèvre, a "modern" building in a medieval setting

One of the reasons I wanted to come live in France was to be able to travel around the country and see the sights. The countryside is beautiful, and you don't have to go far to stumble upon fantastic old churches, castles, and intact medieval villages. There are Roman ruins too. This spring, I have been doing exactly what I wanted to do here -- and I have also been enjoying the food, the wine, and the people. Those were my other reasons for moving to France. 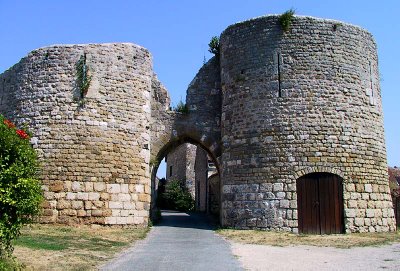 A gate into the old fortified town at Yèvre, near Pithiviers

I met CHM at his friends' house. They live in a beautiful valley cut by a river through the wide, flat plain that is called La Beauce, south and west of Paris. I had no idea such valleys even existed.

And the friends have a wonderful flower garden that runs down a hillside and is planted with an amazing variety of perennial plants and flowering trees.


A restaurant at Yèvre, on the square

We did the garden tour and then headed out to see the châteaux at Yèvre-le-Châtel and Bellegarde, both just east of the town of Pithiviers. Pithiviers (pop. 9,500) is a large town famous for a cake of the same name, which is made of puff pastry and almond paste. CHM's friends were driving their car and he and I were following them in mine. We managed to stay together and arrived as planned, despite road work and heavy Saturday morning traffic in the middle of Pithiviers. 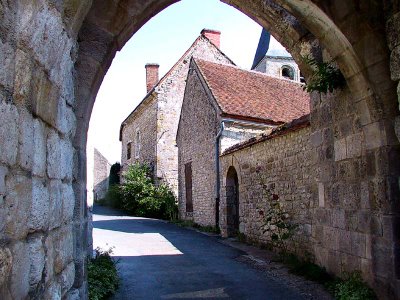 When we entered Yèvre-le-Châtel, there was some confusion because nearly all the streets in the medieval village were marked with big red signs saying No Entry (Local Traffic Only). You know the ones: the round red signs with the white horizontal bar through them, and underneath a little square sign saying Sauf Riverains. It was not at all clear how we might get into the village and where we might park the car. Châtel, by the way, is an old French spelling for château, which is closely related to the English form, castle. 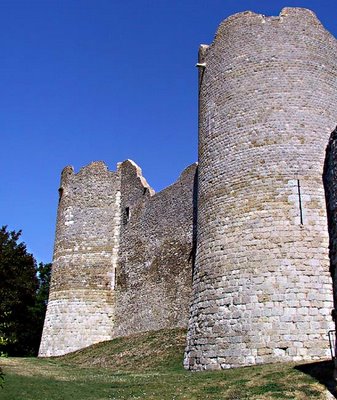 Two of the five medieval towers at Yèvre-le-Châtel

CHM's friends said all that signage was new since the last time they wee in Yèvre, a few months ago. It was as if the village authorities were afraid hundreds of cars and buses from Paris, Belgium, England, Germany, and Holland might descend upon the place at any minute and clog all the streets up, producing massive gridlock. Yèvre is about 60 miles south of Paris. 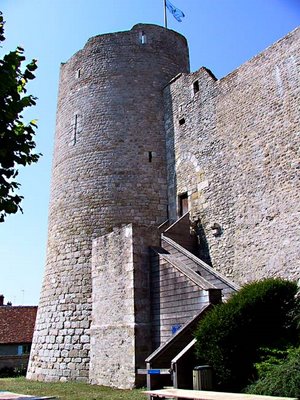 A new wooden stairway leads up to the château entrance

It was les grandes vacances, after all. Here we were on July 15, the height of the season with gorgeous hot weather... and ours were the only cars in sight. The place was absolutely deserted at 11:00 in the morning. We finally just turned into one of the streets anyway, ignoring the No Entry sign. We parked on a little triangular place in the shade of some big elm trees. Nobody paid any attention to us — in fact, there was nobody around. 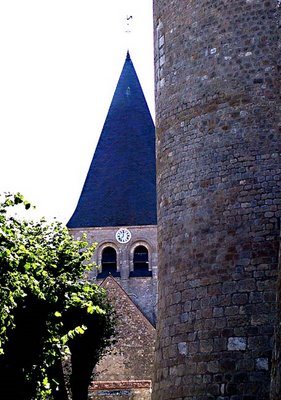 The château, a blocky medieval fortress, is right off the main square, where we had parked. The existing walls and towers were built in the early 13th century by the French king Philippe Auguste, who reigned over Paris and the surrounding countryside from 1180 until 1223. He had his architects and builders improve on the earlier château-fort at Yèvre using the latest techniques in architecture militaire, which had been brought back by Crusaders returning to France from the Holy Land. 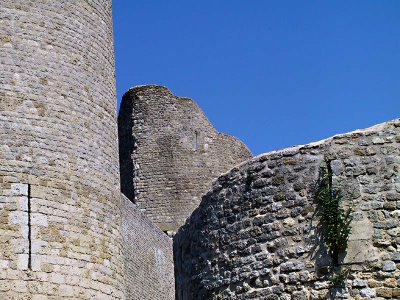 The massive fortifications at Yèvre-le-Châtel

Here's some earlier history in French: 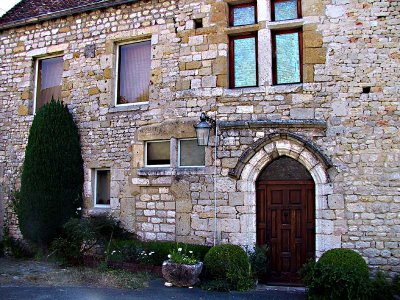 A beautiful old house in the medieval town at Yèvre

What does it say? Yèvre is about half way between the cities of Orléans and Sens, where powerful bishops ruled during the middle ages. It occupied a hilltop which was fortified early on for defensive reasons, and was the property of an abbey located a few miles south on the Loire River as early as the 10th century. The lord of Yèvre, a baron named Arnold, ... er ... lorded it over the people in surrounding towns and villages, and they complained to the French king. To atone for her husband's sins, Arnold's wife, Lucinda, founded an abbey at Yèvre which she dedicated to saint Gault (saint Walt? now there's a thought!), a Breton saint whose remains had been transferred to this region when the Vikings invaded Brittany. The chapel of that abbey still serves as the town's parish church. 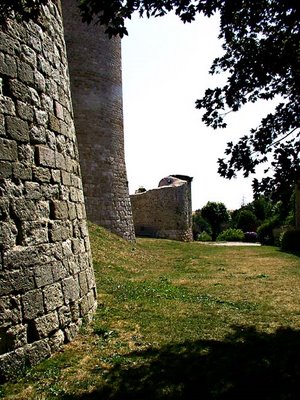 The dry moat at Yèvre-le-Châtel

After Arnoul died, the king intervened several times to subjugate his heirs and to have their fortifications, described as wooden structures erected on a "mound" of earth, torn down. Yèvre was annexed by the French king Louis the Sixth, known as "the Fat Man," who convinced the viscount of Angers to cede it to him in about 1112 and built a sturdy stone fort there.

Then along came Philip Augustus in 1180, et voilà : Yèvre-le-Châtel as you see it in these pictures. According to official records, the château was in ruins as early as 1610. It had outlived its usefulness once the wars with the English and the wars of religion were over. But it had stood for more than 500 years, in one form or another. 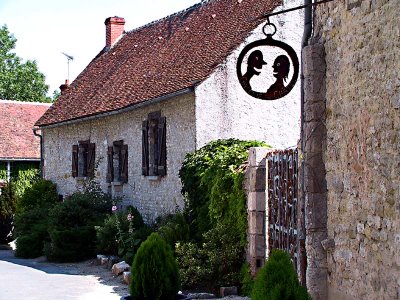 Saturday morning, July 15. The height of the summer tourist season. An hour's drive from Paris. The château is closed mornings. 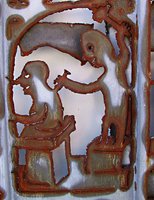 It's open afternoons, but we were out of luck, since we had a long day of touring planned and needed to move on. There's not another tourist in sight. Ah, France! Besides the restaurant on the square (picture above), I saw only one other business establishment in Yèvre. It was an art gallery in the old town. It was closed. We admired the metalwork of the gate closing off the courtyard of the building it was housed in. 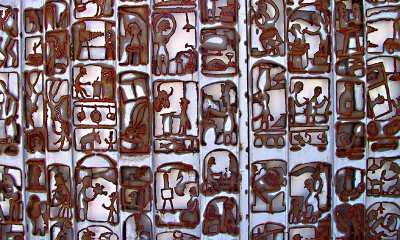