Les Bouleaux, our house in France 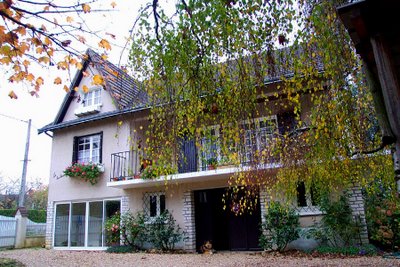 Les Bouleaux, a house near Saint-Aignan-sur-Cher,
in a November 2004 picture. La regrettée Collette is sitting in front of the garage door.
The house named Les Bouleaux was built by a French couple in the late 1960s. They planned to retire here after years of living and working in Paris.

Unfortunately, the wife was killed in a car accident in 1976. The husband remarried in the early 1980s, and he and his new wife spent summers at Les Bouleaux for more than 15 years.

Here's another photo of the house, this one taken when we first got here in 2003. I'm only showing these because I think it's interesting to see a French house. It might not be what an American thinks a French house would look like. 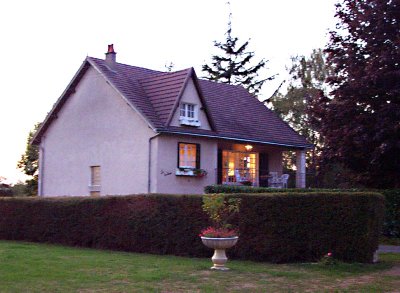 Les Bouleaux in September 2003
Posted by Ken Broadhurst at 21:02