Can you believe it? I was going to call this entry "Another day, another château," but then I realized it was the same day. Yèvre, Bellegarde, and now Sully-sur-Loire. All within 30 miles of each other. 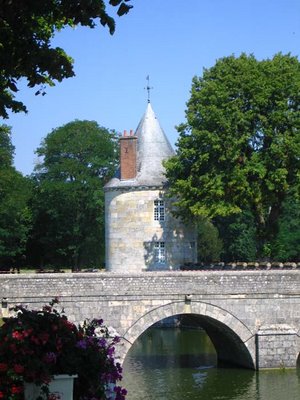 Arriving at the château de Sully-sur-Loire
How long do you think is going to take me to catalog all the châteaux in the Loire Valley? I guess it really is a hopeless task. But now that I've started.... 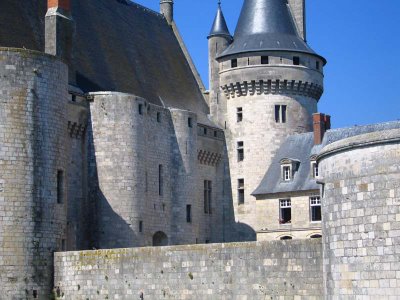 Sully is a forbidding, military kind of place
Sully-sur-Loire is located right on the Loire river, about 25 miles upriver from Orléans. It's a town of about 6,000. The name of the town goes back to Roman times, when somebody named Silius lived in the area. The inhabitants of Sully are called the Sullinois.

In the middle ages, a local aristocrat named Maurice de Sully became bishop of Paris. He was the one who had the cathedral of Notre Dame de Paris built. Joan of Arc (who else?) and Voltaire also figure significantly in the history of the little town of Sully-sur-Loire. 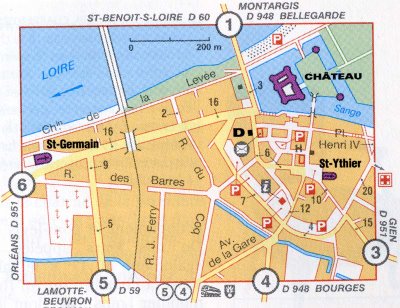 Map of Sully-sur-Loire showing the location of the château.
There must be a lot of visitors because there are many parking lots...
But the famous figure most closely connected to Sully was Maurice de Béthune, who became a duke and took its name. He served as right-hand man to king Henri IV at the end of the 16th century. Here's a Wikipedia article about him. He was a protestant, as was Henri IV, at a time when the wars of religion between the protestants, or Huguenots, and the catholics were raging across France. 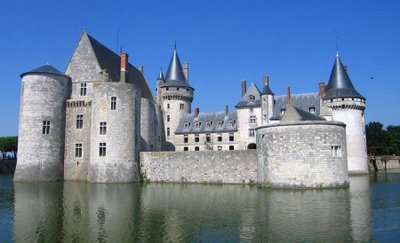 The classic moated château, Sully-sur-Loire
Sully advised Henri to convert to catholicism in order to become king of France (« Paris vaut bien une messe ») but refused to convert himself. That didn't stop Henri from appointing him to many important positions in government.

Sully played a big role in reunifying France after the 16th-century wars of religion and reviving the economy. He became owner of the château in Sully-sur-Loire in 1602, buying it from the baronial family that had owned it for three hundred years. Sully's career ended when Henri IV was assassinated in 1610. 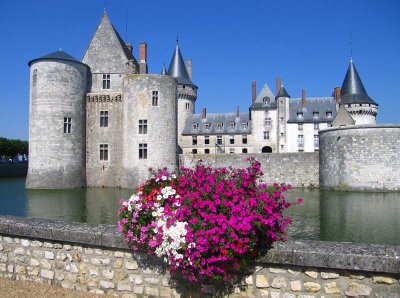 Somehow the flowers look out of place in front of such a fortress
The château de Sully had existed in one form or another since the 10th century, 600 years before Henri IV and Maurice de Béthune came along. Parts of the buildings existing today date from the 14th century. It predates the fancy Loire valley châteaux like Chambord and Chenonceau by centuries.

Sully is the classic moated castle and one of the most beautiful along all the Loire. It was built here to guard the river crossing, and is about halfway between the old cities of Orléans and Gien, on the part of the Loire that is closest to Paris. 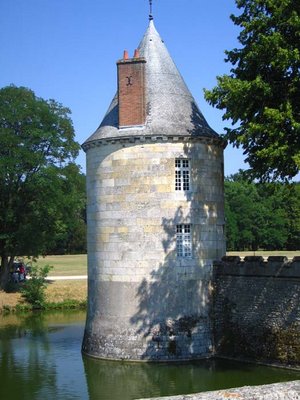