In our village, which is officially un hameau (a hamlet), there are nine houses. Our house is one of three that are located at the end of a paved road and on the edge of the Renaudière vineyard, which has a dirt road running through it. Two of these three houses date back, I think, to the 18th century and have been extensively remodeled over the past 50 years. Our house was built in the late 1960s and is the one with the darker brown roof. We've lived here for almost 20 years now. In the last photo that's Walt looking out of one of our back windows. 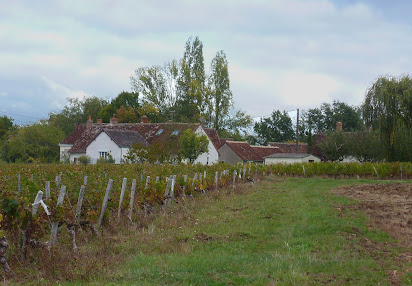 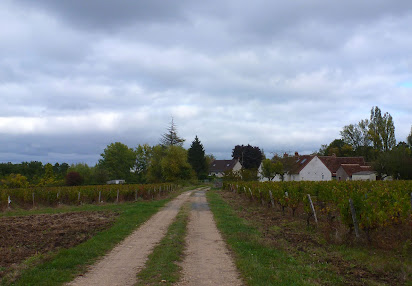 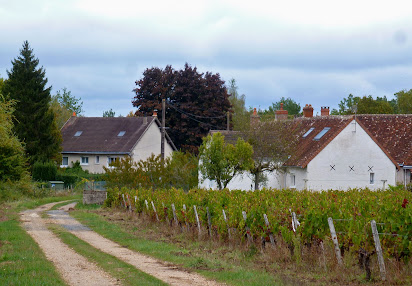 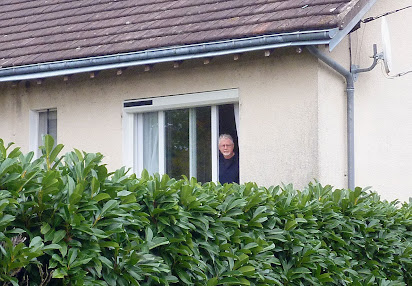