The meat I made this with is not really jambon. It's pork shoulder that has been salt cured. I soaked it over night, changing the water three times, to make sure it wouldn't be too salty. And it worked. Then I cooked it in a big pot of water for three hours with a carrot, an onion, three bay leaves, and three garlic cloves, along with some black peppercorns, allspice berries, and whole cloves. I also cut parsley from our plant downstairs and put the stems in the pot, saving the parsley leaves for the final step — preparing the terrine. 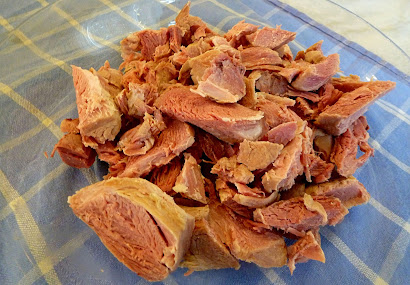 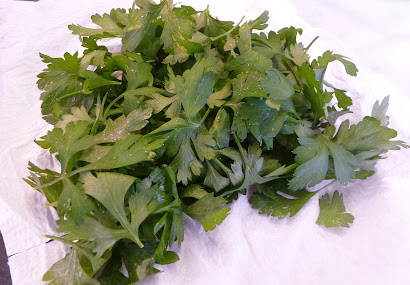 After the cooked pork shoulder had spent the night in the refrigerator, I pulled the meat off the bones and trimmed off nearly all the fat. You can see that the meat was very lean, and it was very tender. Above right are the parsley leaves from our plant. 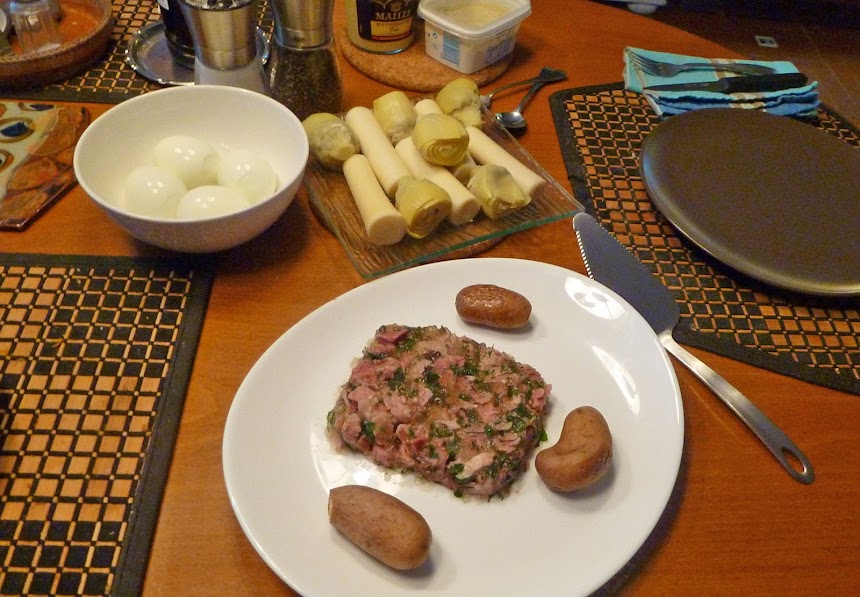 We ate the terrine cold, after it had spent 24 hours in the refrigerator. Alongside, we had hearts of palm (cœurs de palmier), artichoke hearts (cœurs d'artichauts), hard-boiled eggs (œufs durs), boiled potatoes, good bread, and red wine. 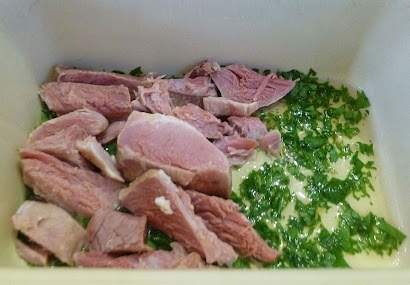 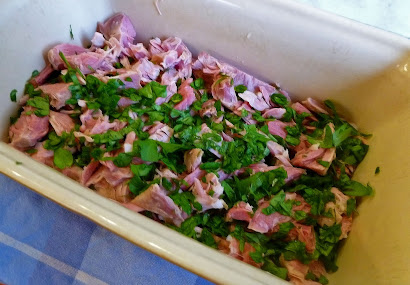 Here's the final preparation of the terrine. The cooked pork shoulder is laid out on a layer of chopped parsley leaves. Then there's another layer of parsley, another of pork, etc. — three layers of each. More chopped parsley goes on top. The cold pork broth with gelatine dissolved in it is poured over all. The dish goes into the refrigerator for 24 hours before it's served. The photo below shows the "volunteer" parsley plant in the greenhouse. 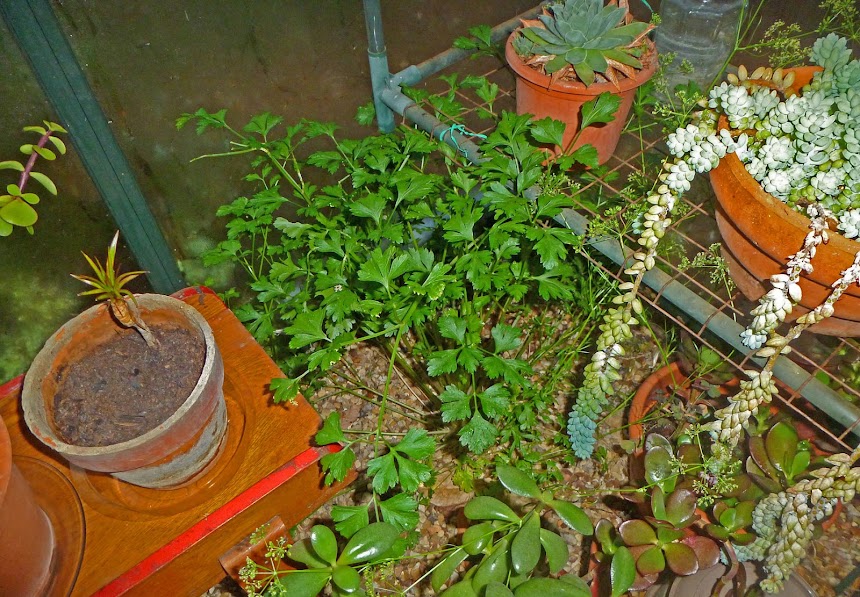