Big bloomin' mushrooms around the yard 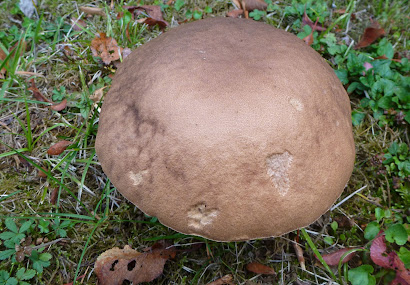 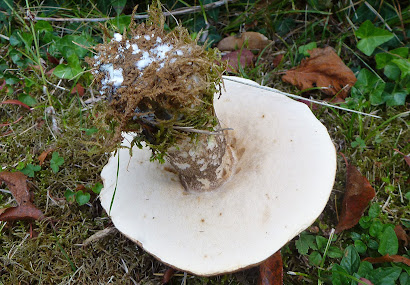 This mushroom, with a cap that's four or five inches in diameter, seems to be one that most people find too bitter to eat. Others find them palatable, and they are not toxic. It's called le bolet amer in French — the bitter bolete — if indeed this is one. Don't take my word for it. According to its Wikipedia article, the bitter bolete's cap greatly resembles the cap of the king bolete (porcino, pl. porcini to Americans), known in France as the cèpe de Bordeaux, one of the finest edible mushrooms. "The pore surface" — the underside of the cap — "is initially white before turning pinkish with age," Wikipedia says. 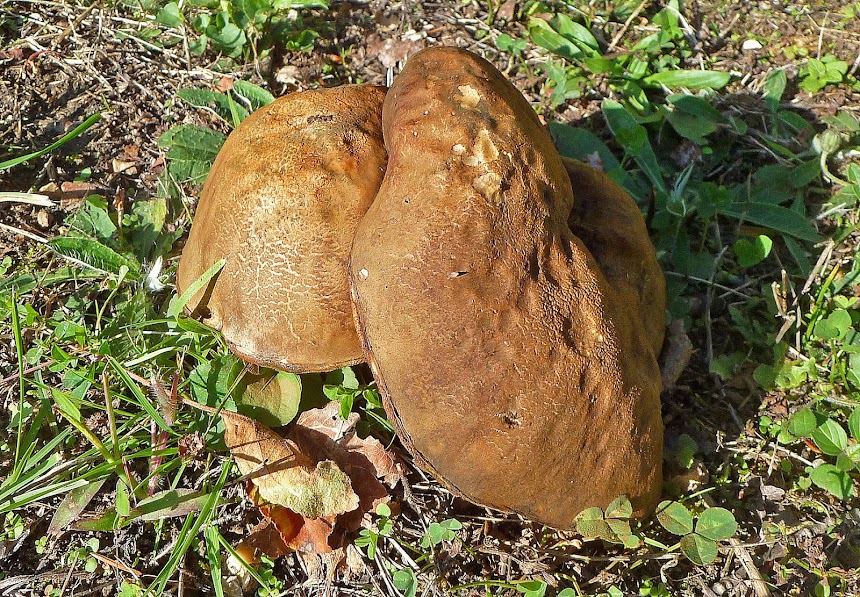 I don't know what this is. It's enormous. To me it looks like two boletes mating. Or conjoined-twin boletes. Ha ha. 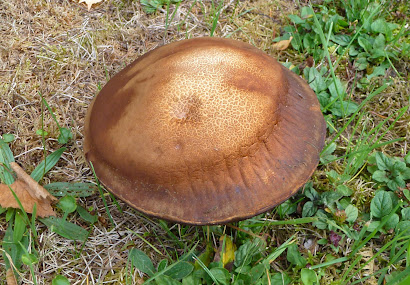 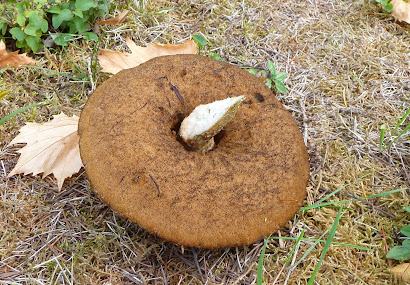 I think this one might not only be edible but might also taste good. It might be a cèpe de Bordeaux, but I think it's more likely a bolet bai (bay bolete), which is almost as tasty but not quite. Actually, some people can't taste the difference. I'm not going to eat it, that's for sure. Anyway, enjoy the pictures but don't put much stock in what I've written here. Maybe somebody can correct my errors.
Posted by Ken Broadhurst at 06:54