Another place we visited on the island was the community called Boyardville. It's on the bay side (east side) of the island, just north of the oyster farming area. Boyardville is a resort town with a beach, a yacht basin, and several restaurants. When we went there, we thought we'd be able to take a boat ride over to the city of La Rochelle, but we learned that the harbor at La Rochelle was blockaded by striking fishermen. 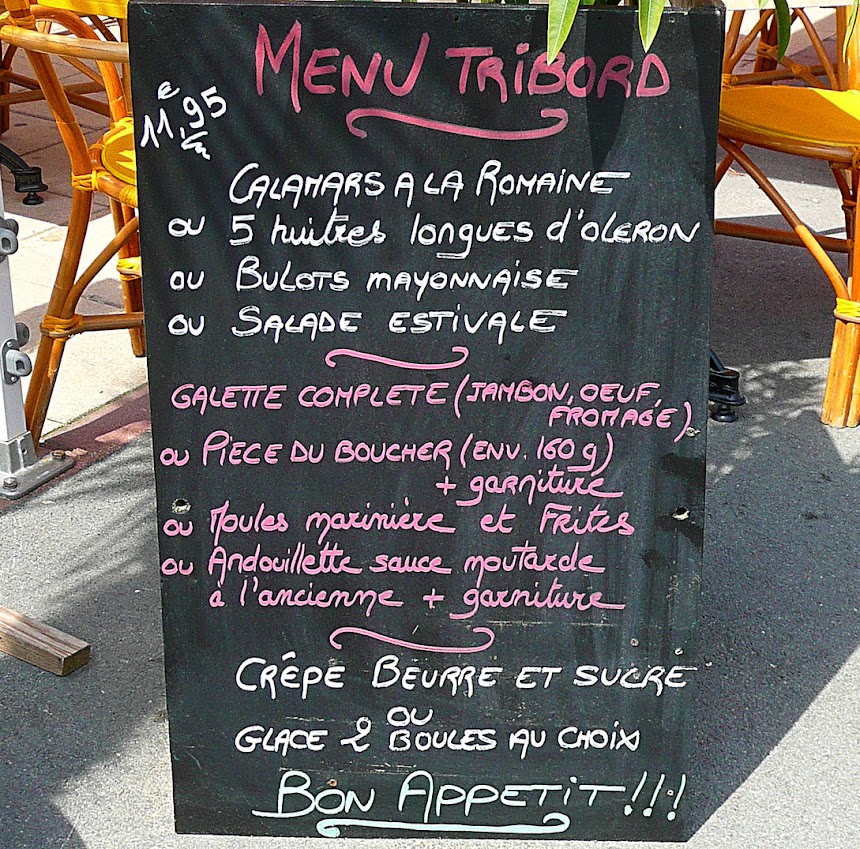 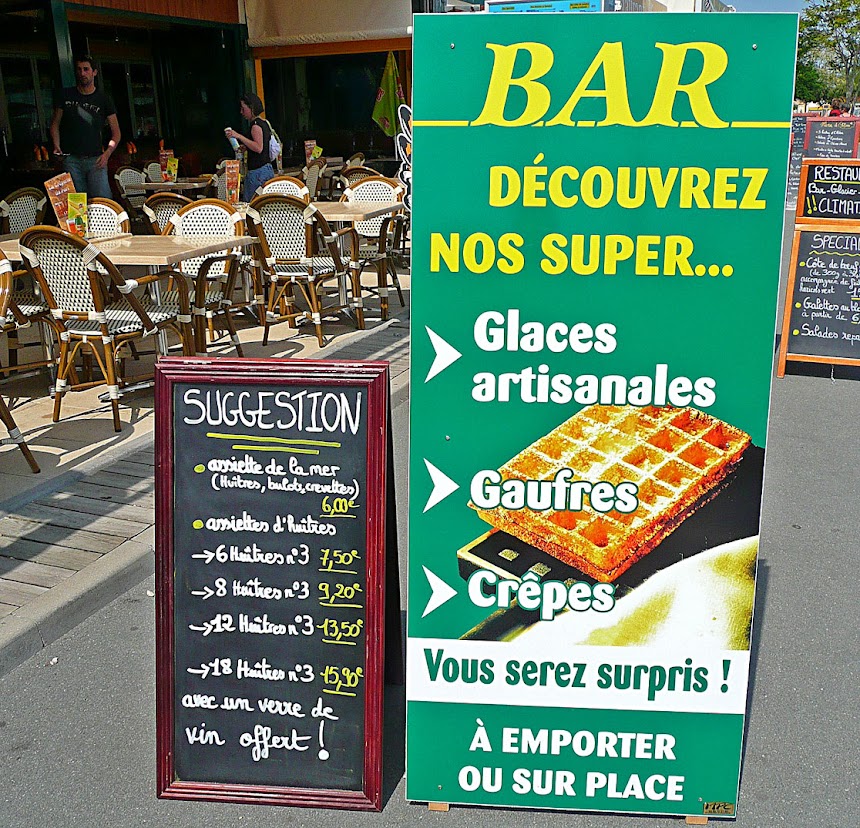 May we suggest our...

(In France, oysters are graded or calibrated according to their weight and given a number between 0 and 5. The higher the number, the smaller the oyster. The ones on this menu are #3, which is medium size. Most commonly on menus you see oysters graded #2 or #3.)
Also try our custom-made ice creams, waffles, and crêpes — table service or take-out. You'll love them!
Posted by Ken Broadhurst at 07:00