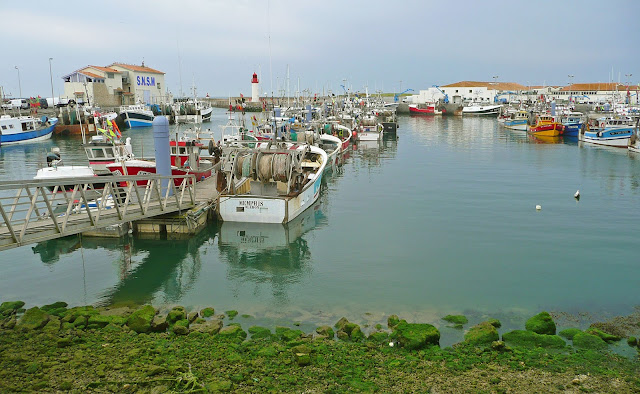 Drive down the west side of the île d'Oléron just a couple of miles south from La Menounière, where we stayed for a week in May 2008, and you come to the village called La Cotinière. It's the busiest fishing port in the Charente Maritime département, which includes the city of La Rochelle, and it's one of the ten busiest fishing ports in France. 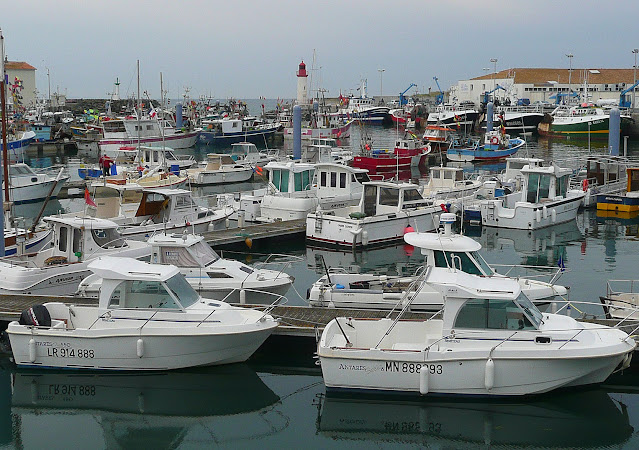 One tourist site I've looked at says of the village:

Well, that wasn't quite the case when we were there, because all the commercial fishermen were on strike and the ports were quiet. 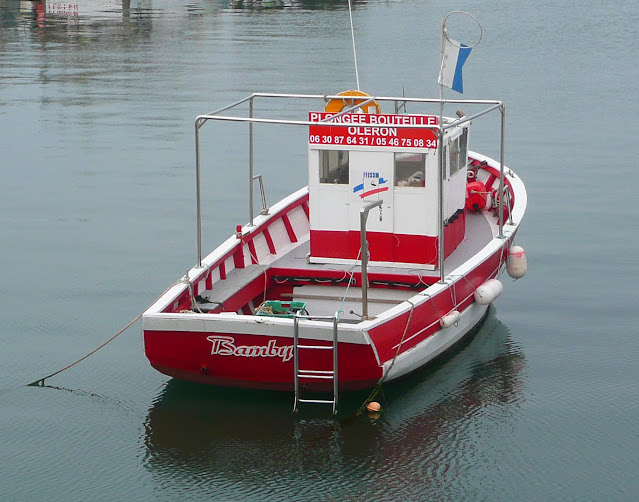 Fewer than a thousand people live in La Cotinière, but people come from all over the island and from nearby mainland areas to buy fresh seafood. 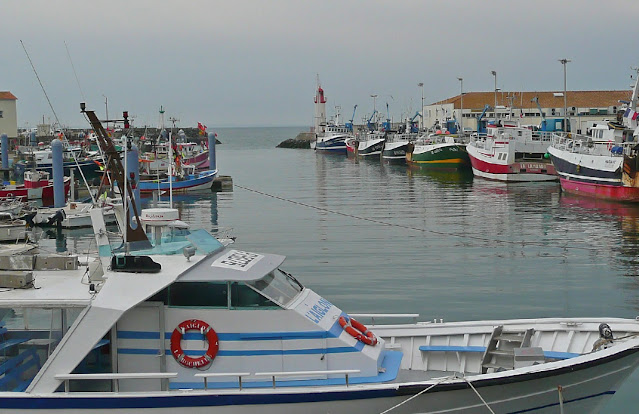 Mornings, there's an open-air market set up at the edge of the harbor, and we were able to buy oysters, clams, and shrimp there despite the commercial fishermen's strike. 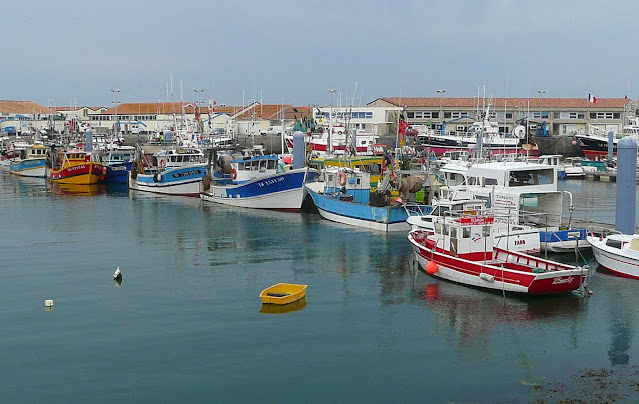 A fleet of about 30 trawlers operates out of the port. Catches of sardines, soles, bars (bass), lottes (monkfish), and other fin fish are brought in daily and sold at auction (that's called la criée...) 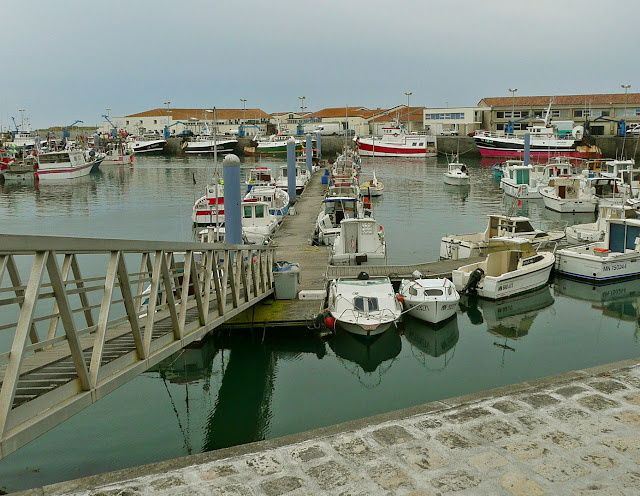 Besides the morning market, the numerous village fish markets are open afternoons, selling the day's catch. Shrimp (crevettes) are one of La Cotinière's mainstays — it's one of the top five French shrimping ports.
Posted by Ken Broadhurst at 06:00