When you drive into the little hamlet called Le Châtelier on the west side of the commune de Paulmy, between Loches and Le Grand-Pressigny in Touraine, here's the landmark that dominates the landscape. It's a 12th century castle keep (un donjon in French), and according to documentation on the Château du Châtelier's history, it's one of the oldest fortified places in the area. 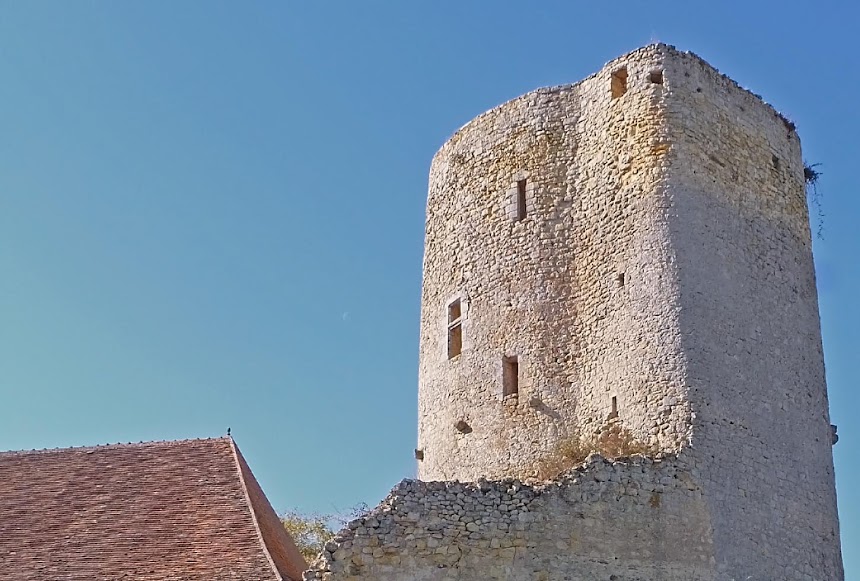 I was surprised to learn of its existence. We have friends who live a few miles away, and I've driven through Paulmy many times. I just never turned off the main road and drove 2 or 3 miles west, where the château stands. France is full of surprises. 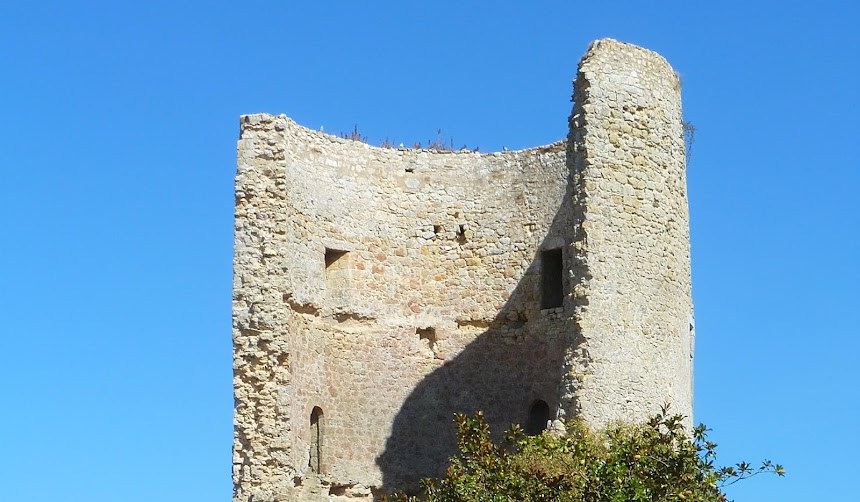 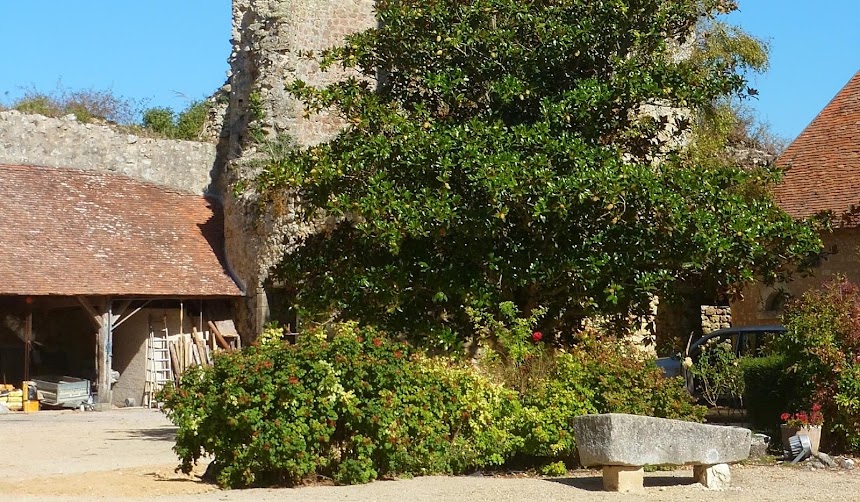 The other thing that surprised me was what we saw when we walked, boldly, into the courtyard of the château with the dog. I looked over my shoulder and saws the other side of the donjon (photo above). Nobody seemed to notice us, and we didn't stay long. A man was getting a horse out of the stables on the right of this photo and loading the animal into a trailer. He paid us no mind.
Posted by Ken Broadhurst at 07:00