This hurricane brushing by the coast of North Carolina is an interlude. I was just looking at the Accuweather site to see what the weather is normally like on the N.C. coast in October. Do you know what the "historical average" high temperatures there are like between Oct. 10 and Oct. 24? 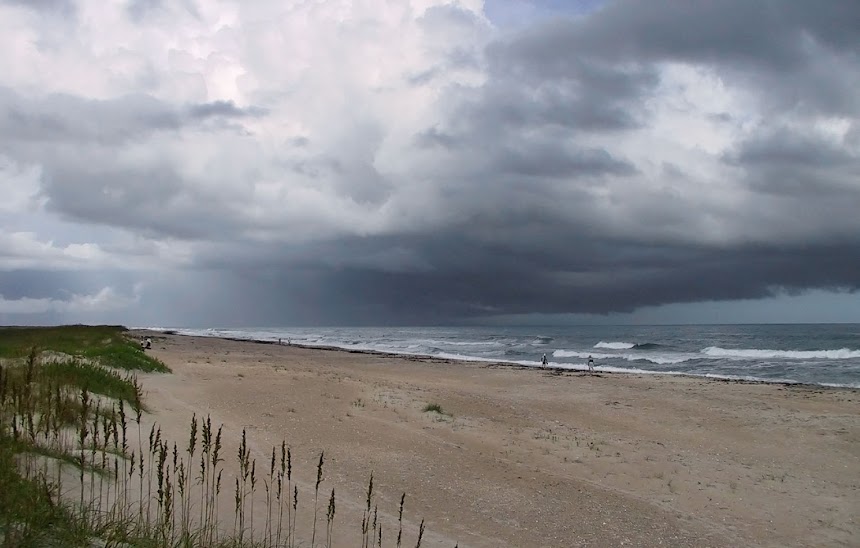 Well, Accuweather says the highs run from near 80ºF at the beginning of that period "down" to 75ºF at the end. For those who prefer ºC, that range is between 24 and 26. Those are as high as nice summer-day temperatures for Saint-Aignan. October temperatures here in the Loire Valley are 7 to 10 ºC... 12 to 18 ºF... cooler. So going to N.C. might really feel like a summer holiday to me, since we haven't had a very nice September. 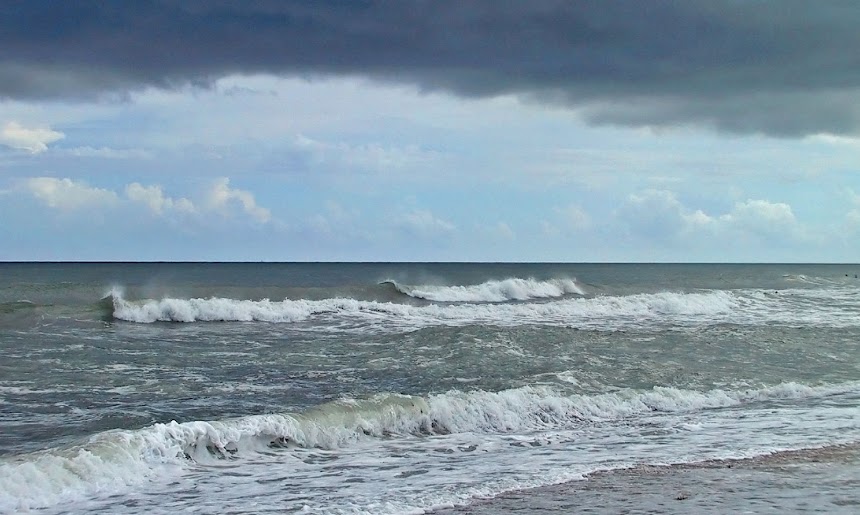 These photos date back to September 2002... fifteen years ago already. The two above were taken on the beaches out at Cape Lookout, which is about 12 miles (20 km) southeast of Morehead City, where I grew up in the 1950s and '60s. Today the weather there probably looks about like my photos here from all those years ago. The wind is blowing about 35 or 40 miles per hour there today, with higher gusts. 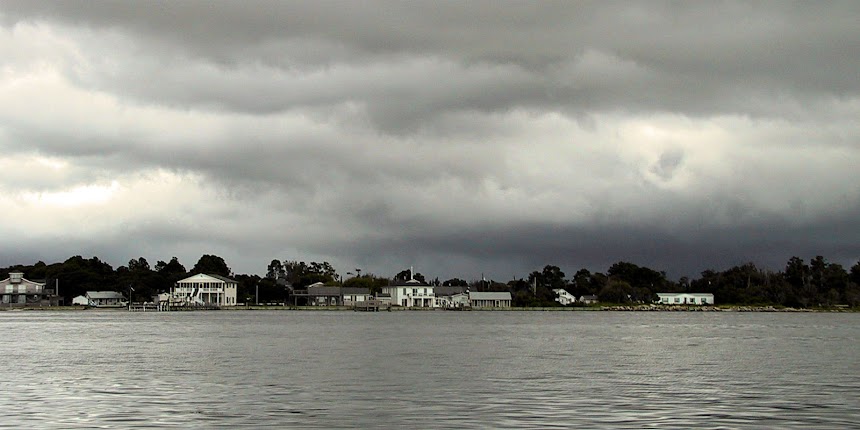 You can see how little land there is in Carteret County, on the N.C. coast, compared to the amount of sky and water surrounding everything. The photo above shows the shoreline of a place called Harkers Island, which is protected from ocean waves and surf by the barrier islands of which Cape Lookout is a part, and which are now a U.S. national park. The only way to get to Cape Lookout is by boat. Or I guess you could swim it...
Posted by Ken Broadhurst at 06:45