First views of the lighthouse

According to the properties I can view for each of my photos, my mother, sister, and I took a boat out to Cape Lookout on September 1, 2002. I wouldn't remember the exact date if the computer didn't. Today's world... In the photo below, notice all the pelicans on that dock. Back in the 1950s and '60s, there were no pelicans in this area. They made a comeback along the Carolina coast when the use of the insecticide known as DDT was banned. 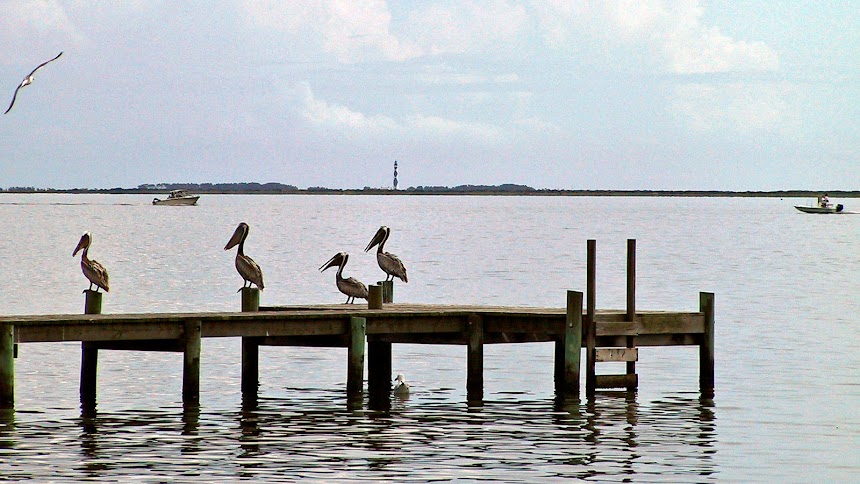 I do remember the day pretty well. We drove about 30 minutes to get to Harkers Island (two square miles of land, home now to about 1,200 people), which is as close to Cape Lookout as you can get by car. Cape Lookout is only about 12 miles from Morehead City as the pelican flies, but the drive is circuitous, over four bridges and around wide estuaries and salt marshes. It's the area we call "Back of Beaufort" and then "Down East." 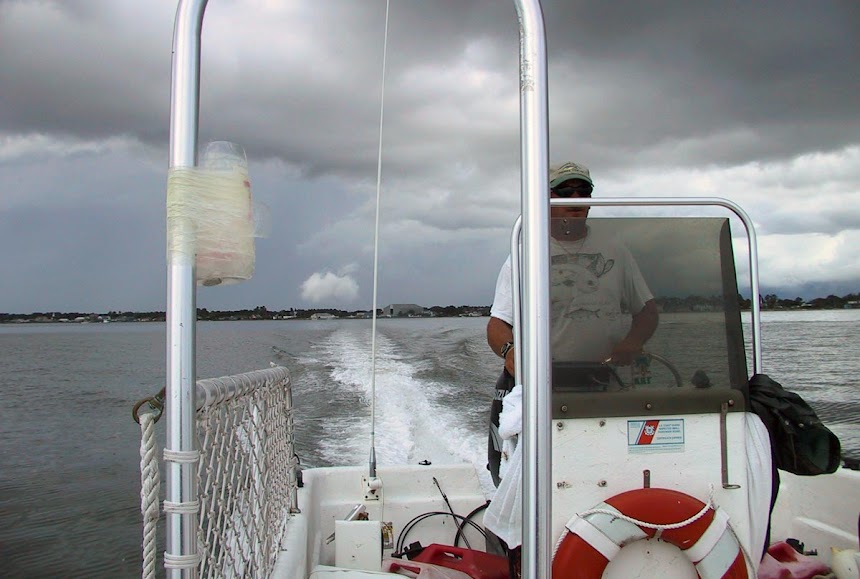 As you've been seeing, maybe, it was a day when thunderstorms were threatening to wash out our excursion — but the rains, thunder, and lightning never came. Above is a shot of the man who was driving the boat we took from Harkers Island out to the cape. You'll see that it wasn't a ferry but an motorboat with an outboard engine. 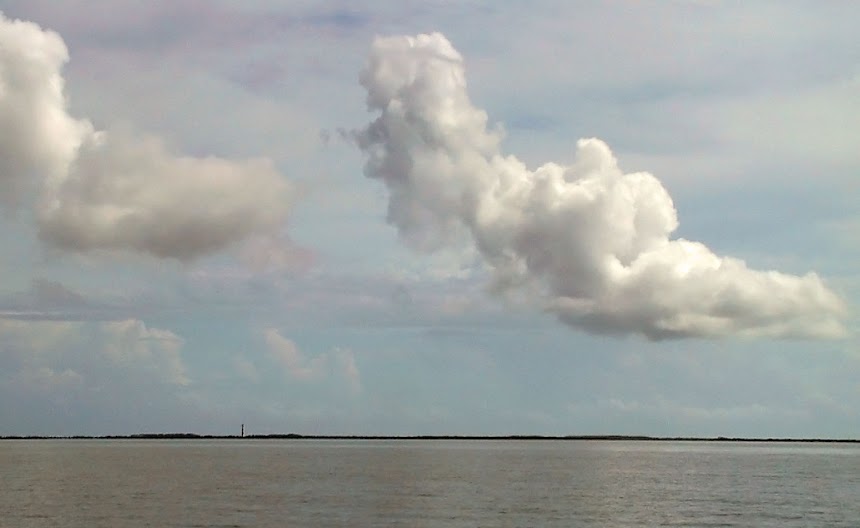 According to the timestamps on the photos, I snapped the shot above less than a minute after the one of the captain, so I know I took it during the boat ride. The lighthouse looks far, far away, but it's only 3½ miles (5 km) across the water from the eastern tip of Harkers Island. 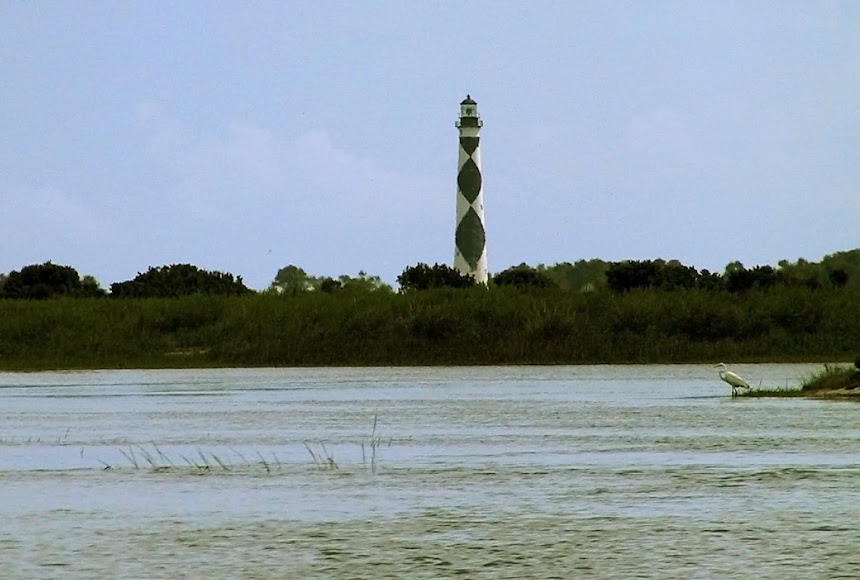 We pulled up on the shore at Cape Lookout and took a look around in the lighthouse visitors' center. A short walk across the sandy beach and then along a raised boardwalk put us at the old lighthouse keeper's house, which is open to tourists since the light was automated years ago. 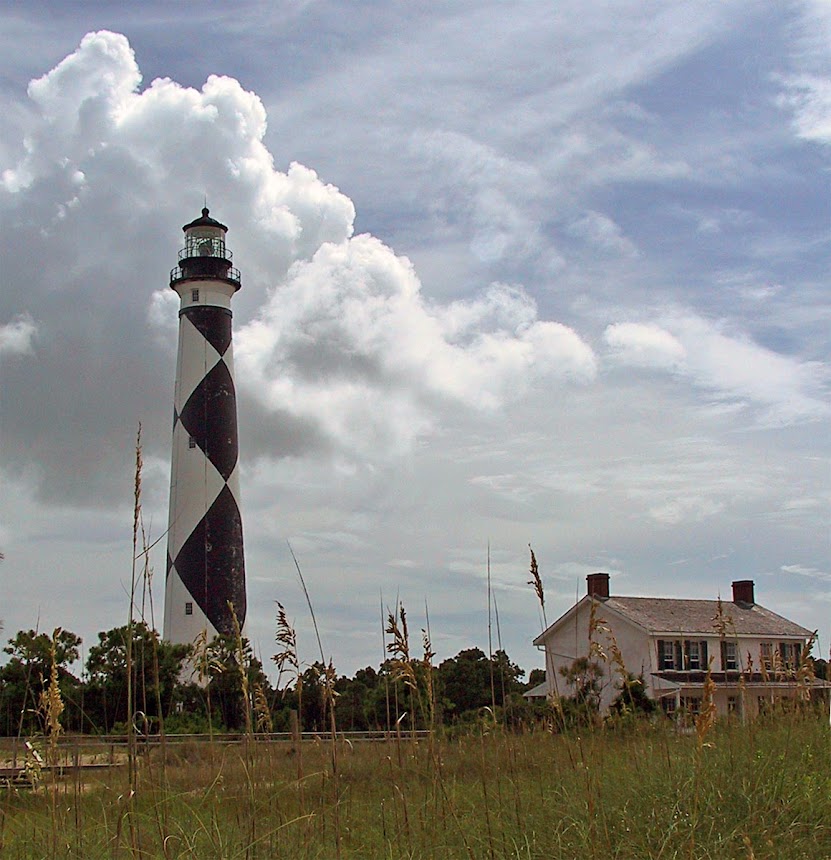 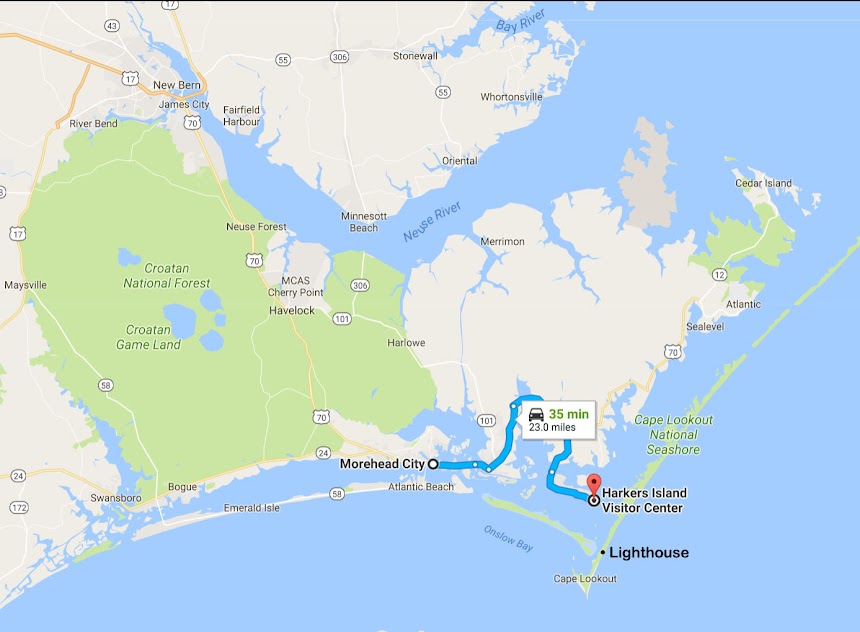 This is the central North Carolina coast, at the southern end of the Outer Banks. By car, Morehead City is 6 hours south of Washington DC, 8 hours east of Atlanta GA, and 13 hours north of Miami FL.
Posted by Ken Broadhurst at 06:30