Yesterday I talked to the woman who has been delivering our bread every week for a couple of years now. It was her last tournée (delivery run). I told her we were very disappointed with the baker's decision to end the service. We've been customers since 2004, but we're more likely to buy bread elsewhere now. The bakery is bound to lose a lot of customers. 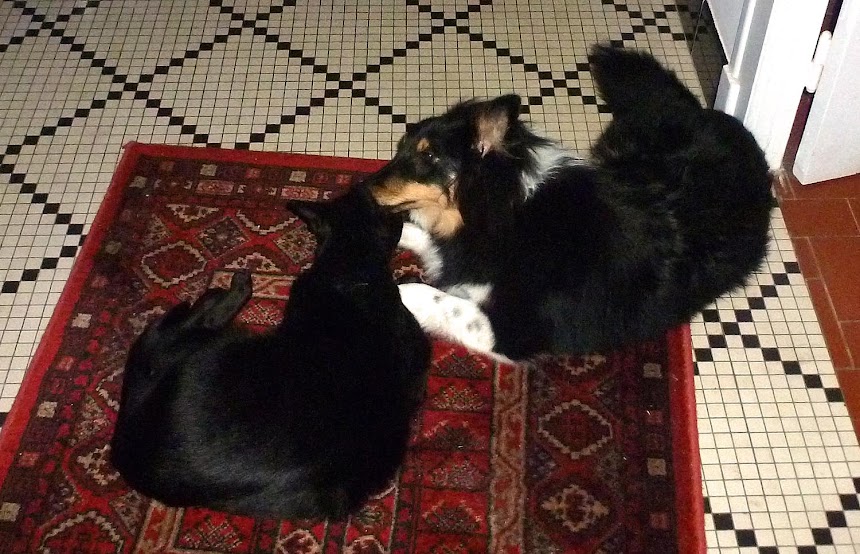 Bertie the cat and Tasha the puppy don't seem to understand what all the commotion is about.


"He didn't think this through," Véronique said, candidly, about the baker's decision. "Other customers have been telling me the same thing you're saying. They don't see themselves making a special trip down to the village center just for a loaf of bread. They'll buy bread at the supermarket in Saint-Aignan or Noyers, or at one of the other bakeries that they drive by when they go out to do their grocery shopping." I think that's what I'll end up doing too. The only other businesses in the village center are a café-newsstand-tabacco shop, a hair salon, and a post office.


Véronique said she has had 88 regular stops along her route this year, and that, like us, the people who live in those houses have mostly been buying a baguette or two — or some other bread — every time she comes by. It seems like that would be profitable for the boulanger. Maybe he's a proud man who thinks the bread he makes is so good that people will just drive to his shop every day for a fresh loaf. I'm afraid I won't. I'm too busy to take the car out that often just for a loaf of bread. 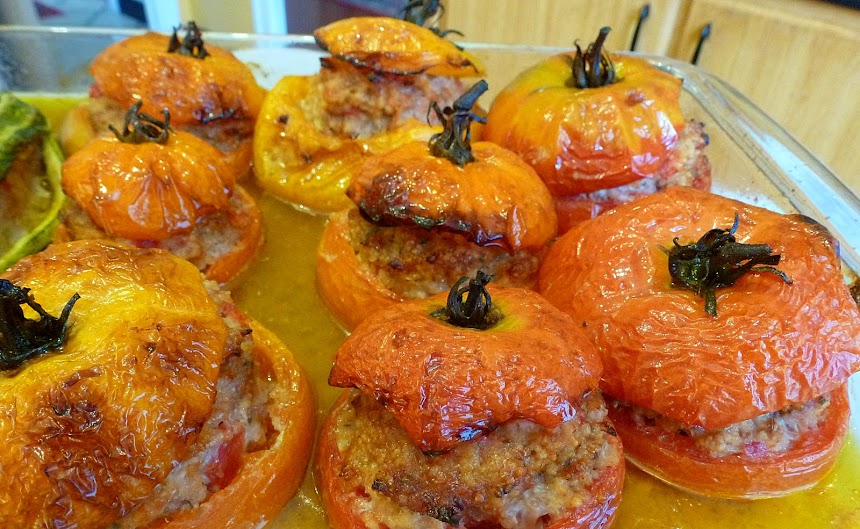 I made stuffed tomatoes yesterday.


The baker's letter makes it plain that he will still deliver bread and other baked goods to people who can't drive or walk to the bakery. He especially wants, his letter says, to continue the service for elderly people. But they will have to sign up and then phone in their orders. Until now, the "bread lady" drove up, blew her horn, and you went out and bought whatever you wanted out of her van. You could also place a special order for things like croissants or sweet pastries, and she'd bring them on her next visit. I hope people who depend on the service might be able to put in standing orders for deliveries on a regular basis and not have to telephone the bakery every few days. 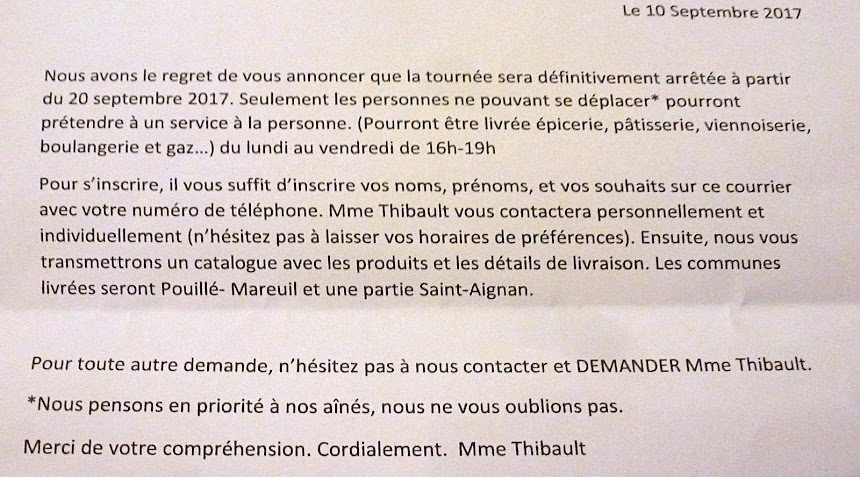 Here's the letter we got in our mailbox.

We have plenty of freezer space right now, so we can buy three or even six baguettes at a time, cut them up, and freeze them. We already do that on a smaller scale because our deliveries were cut back to just three times a week last year, and we often buy two or three baguettes at a time. We try to remember to take bread out a couple of hours before lunchtime every day so that it's thawed, and then we heat it up for four minutes in the oven. If we need to, we can thaw bread quickly in the microwave using a special setting for that purpose. It works really well.
Posted by Ken Broadhurst at 06:30