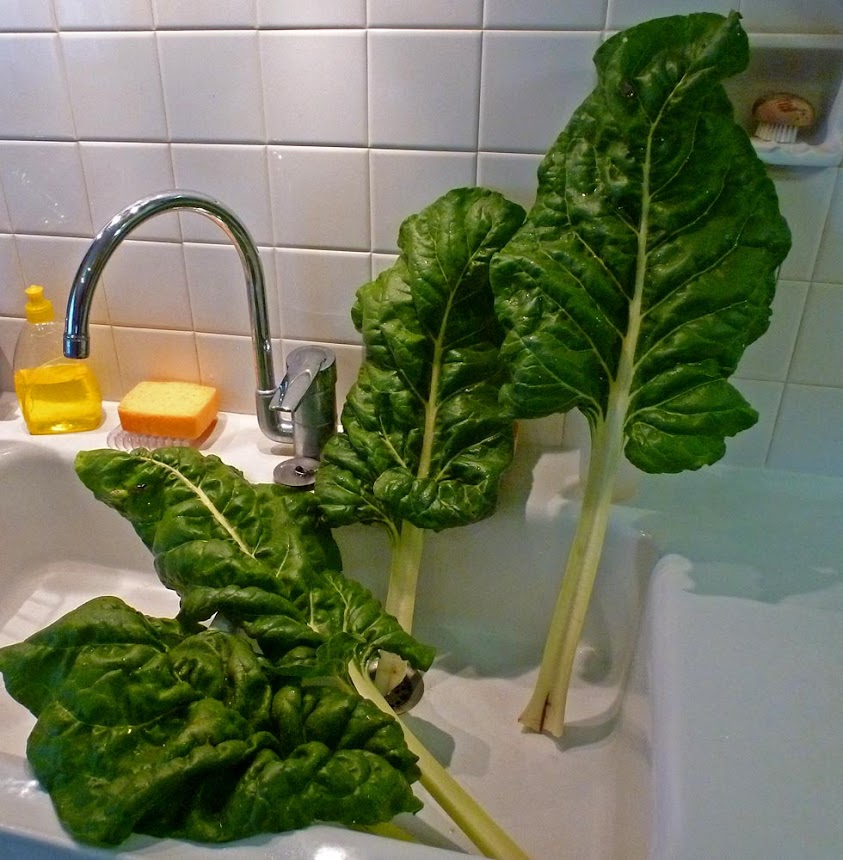 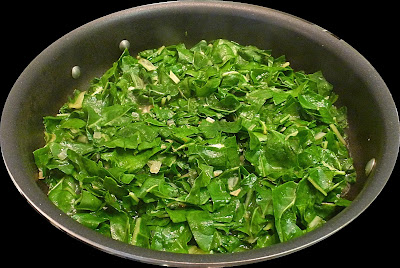 In this year's vegetable garden, we've noticed a few "volunteer" plants and decided to let them grow. In other words, we didn't plant them but they came up all by themselves. One is a beautiful Swiss chard plant. A couple of days ago, Walt went out and cut just four leaves off them plant and we made an Italian omelet that's called a frittata. I chopped and used only the green parts of the leaves, saving the thick white ribs for later. 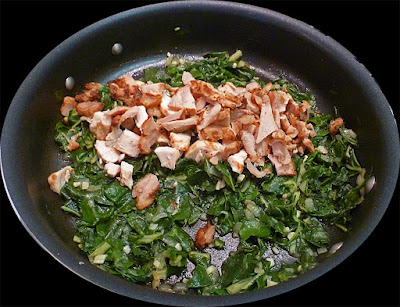 We had some cooked chicken in the refrigerator. In this case, it was actually a package of chicken that I bought at the supermarket, where it's sold the way the chunks of bacon called lardons are sold. After the chopped chard and some onions and garlic had cooked down in a little bit of olive oil in — and this is important — a pan that you can put in the oven, add the chicken and stir it all around with the chard. Then push the chard and chicken just slightly toward the center of the pan. 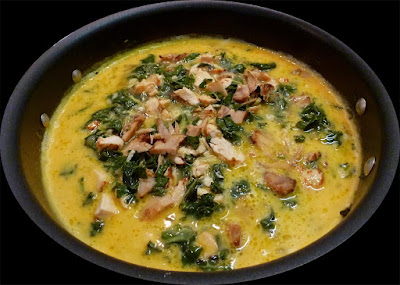 The next step was to beat six eggs with a couple of pinches of black pepper and a grating or pinch of nutmeg. Pour the eggs over the mixture of sauteed chard, chicken, onions, and garlic. Set the pan back over low to medium heat and let the eggs cook on the bottom. If you can carefully lift the edges of the omelet and let some more of the liquid egg run down under the cooked egg, do so, but it's not really required. 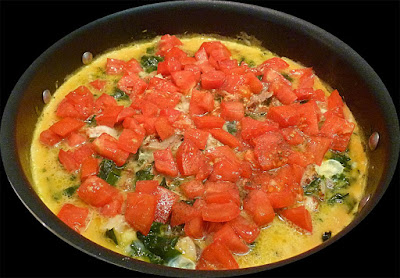 When the egg has set on the bottom (but not burned!), spread a good amount of coarsely chopped fresh tomato over the top of the frittata. Leave it just long enough for the tomato to get warm, and sprinkle grated cheese over all. To melt the cheese and cook the top of the omelet, put the pan under the broiler element in the oven at medium to high heat. Keep an eye on it and as soon as the cheese is melted and slightly browned, the frittata is ready. 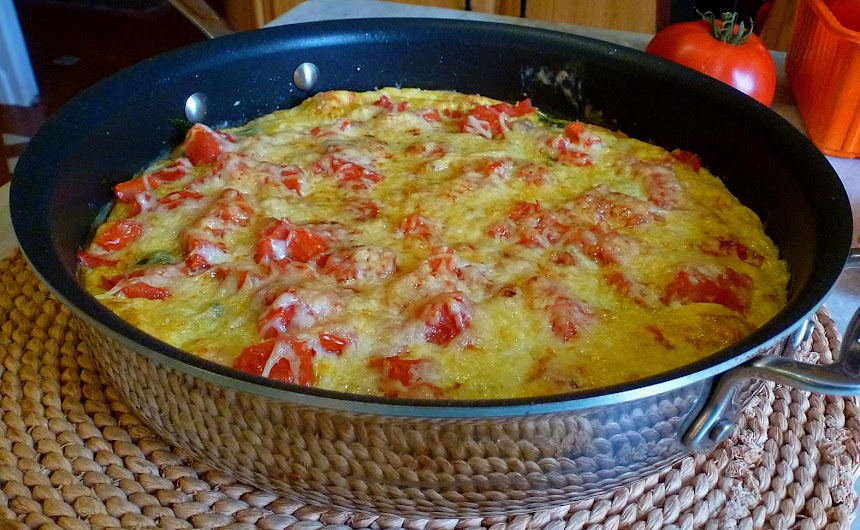 Let the frittata cool for a few minutes and then cut it into wedges and serve with some good French bread.
Posted by Ken Broadhurst at 06:35