It's not quite as cold this morning as it was yesterday morning. The thermometer reading right now is between 10 and 11 in ºC, but the temperature normally keeps dropping until 7 or 7: 30 a.m. (it's 6:30 right now). Despite the cold mornings, we're still harvesting tomatoes — I'll be making stuffed tomatoes today for lunch — and zucchini squashes. That's what this post is about. 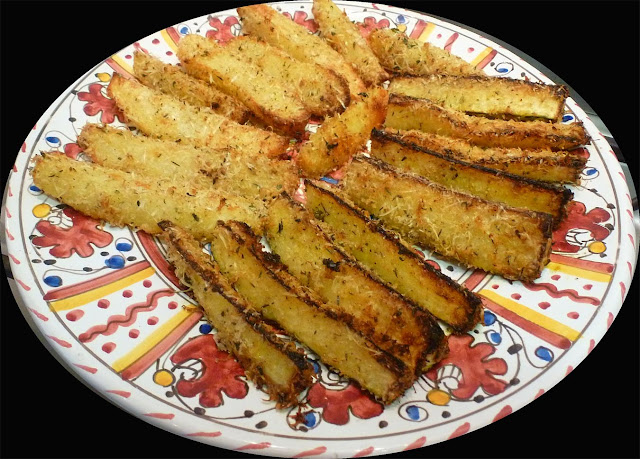 Oven-roasting is a really good way to cook zucchini spears. What I did was cut the squash in half across the middle, and then cut each half into six or eight spears, leaving on the green skin. The spears were about 5 inches long. (Those are potatoes on the left and zucchini spears on the right — in the photo below too.) 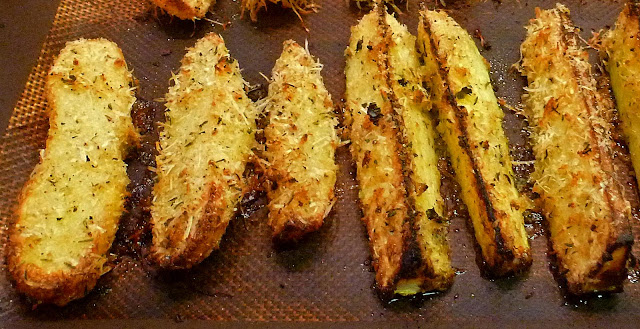 Next, make a mixture of bread crumbs (panko, in this case) and grated Parmesan cheese — half a cup or more of each, in equal quantities. Add some dried herbs including thyme, oregano, tarragon, or parsley and, finally, some black pepper, cayenne pepper, garlic and/or onion powder, and salt. You can vary the herbs and spices to your taste. 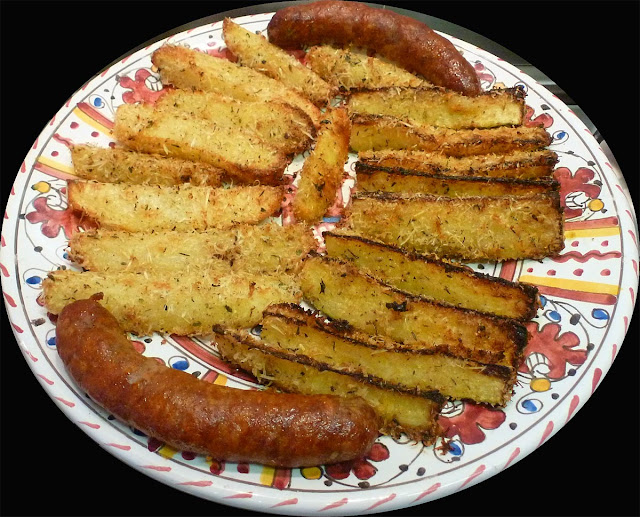 Pour a little olive oil in a wide, flat dish. Put in the zucchini spears and turn them to coat them with oil. Then dredge them in the crumb and cheese mixture and put them on a baking pan skin-side down. Set the pan in a hot oven and let the zucchini brown for 15 or 20 minutes. Cook them more or less time depending on whether you want them crunchier or softer. 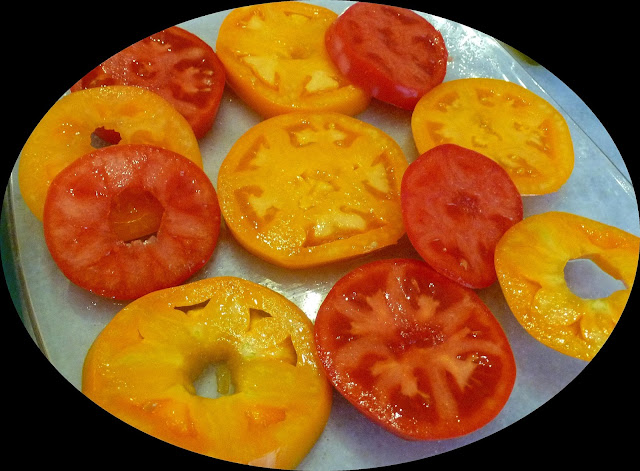 I added some potato spears made with potatoes that I had partially cooked in a steamer pot. I did them the same way as the zucchini spears. You can see them in the photos — their color is lighter. All the spears were delicious. We ate ours with a couple of chorizette sausages (beef, lamb, and pork) and a red and yellow tomato salad with feta cheese.
Posted by Ken Broadhurst at 06:30