A week or two ago, Susan and Simon mentioned the village of Villeloin-Coulangé on their blog, Days on the Claise, and it reminded me that I visited an old monastery near there more than 10 years ago, once with Walt and a friend of ours from California, and again with my friend CHM. It's less than 30 minutes southeast of Saint-Aignan.

Looking back through this blog, I found a mention of the monastery (called a "priory" or "hermitage") but very few photos. Then I read this 2012 article published in our regional newspaper, La Nouvelle République, and decided to translate (or adapt) and post it here, with some photos. I hope that the photos will give you an idea of what the place looks like, and that the translated text will give you the flavor of a French newspaper article.

A hermitage in a tranquil valley 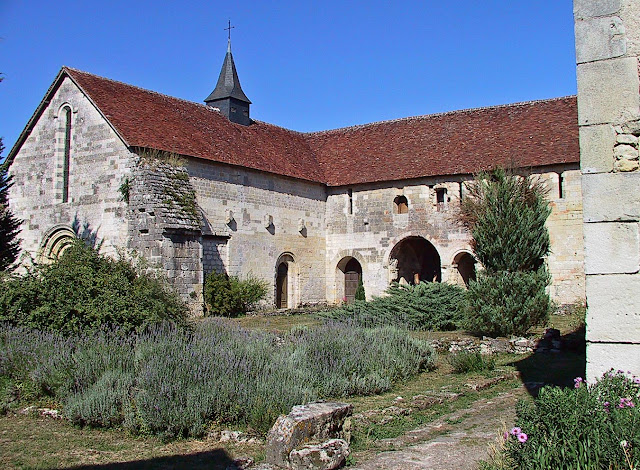 Hidden from view in a quiet valley in central France, not far from Loches, Montrésor, and Saint-Aignan, the priory of Grandmont-Villiers is home to three hermit monks who've lived there for more than 30 years. It is a place where time stands still. 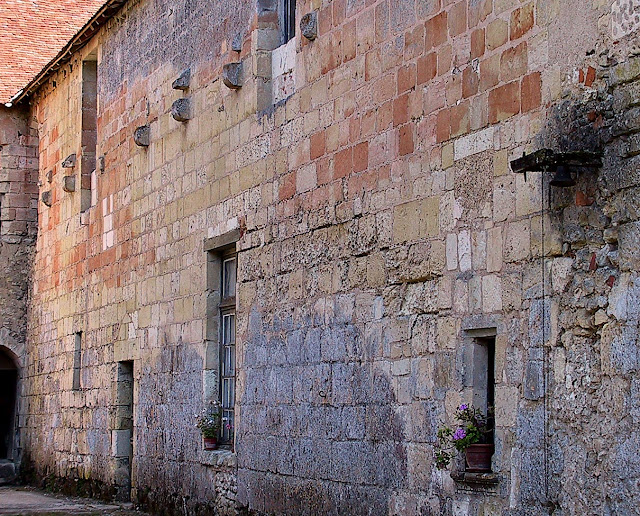 A fire crackles in the monumental fireplace, a silent witness to so many stories. On a stone wall, three feet thick, is a colorful representation of Christ. This is the ancient kitchen of the priory of Grandmont-Villiers, in Villeloin-Coulangé. Father Philippe-Étienne welcomes his visitors and invites them to sit down at a big dining-room table. 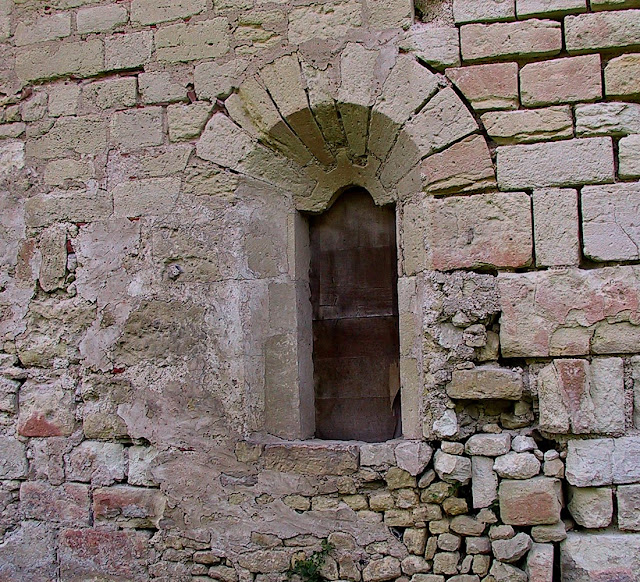 First, he wants to talk — to probe the soul of this stranger who wants to shine the harsh light of the surrounding world on his monastery. Nestled in a peaceful valley, at the end of a narrow paved lane that becomes a simple dirt road, the building is hidden by trees and hedges and reveals itself only after the visitor enters its walled courtyard. 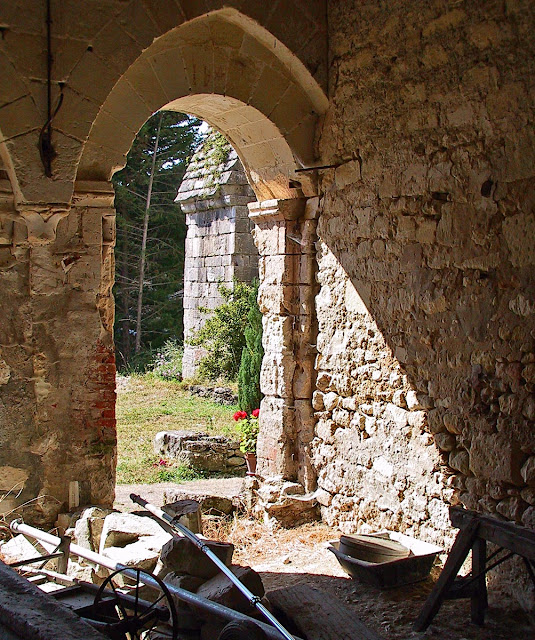 “We do not
play at
being
hermits.
We are
hermits.” 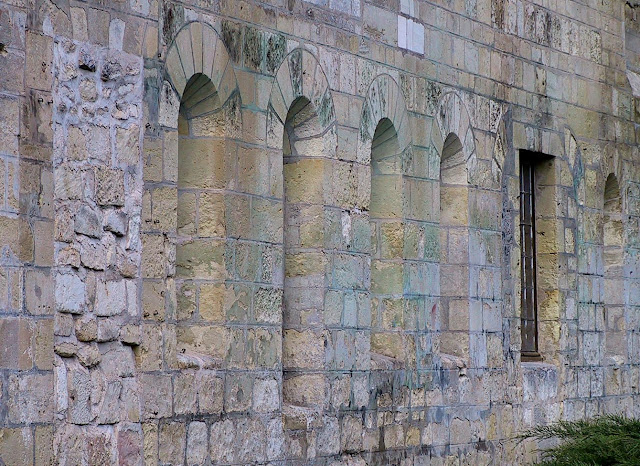 Father Philippe-Étienne begins the conversation. His love of history and, of course, religion doesn't prevent him from being well-versed in contemporary political life and its hypocrisies. He speaks, often with half-closed eyes, as if he is starting to understand the world view of his visitor more clearly. 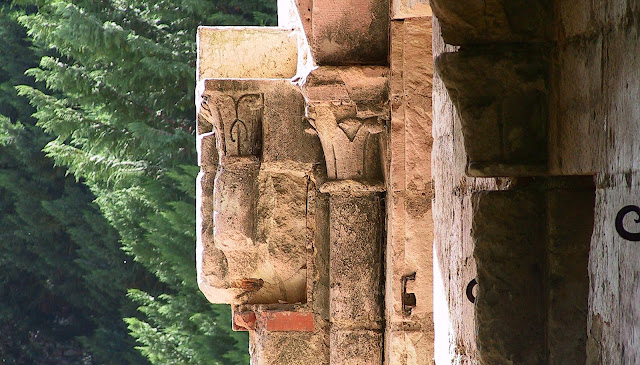 At 65, this man has lived several lives, working for ten years in industry before embracing the contemplative and laborious existence of the hermit. 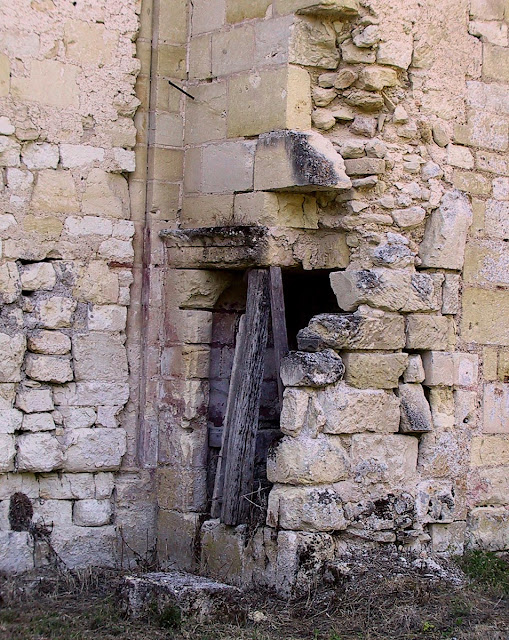 He says that he in fact lives in only "relative solitude" because he shares the hermitage, which he heads, with two other monks, and also because the priory is open to tourists and other visitors. "We enjoy greater solitude before the hunting season begins and after it closes," he adds, with a wry smile. 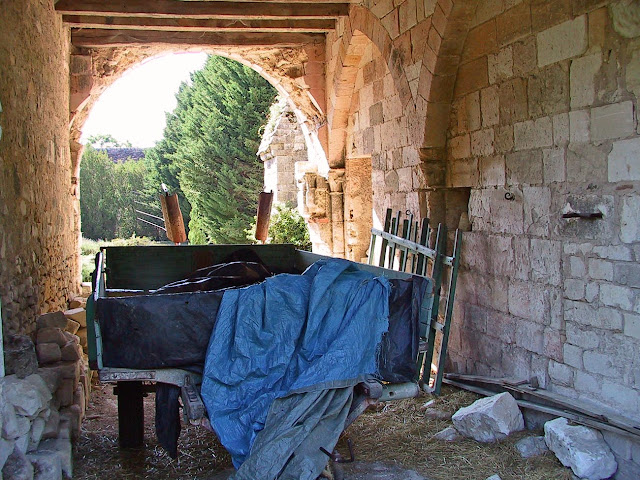 Father Philippe-Étienne donned the monastic robe for the first time in 1979. With the help of troops of boy scouts, he renovated the priory. Over time, all the roofs have been repaired. He spent his first few years here alone. 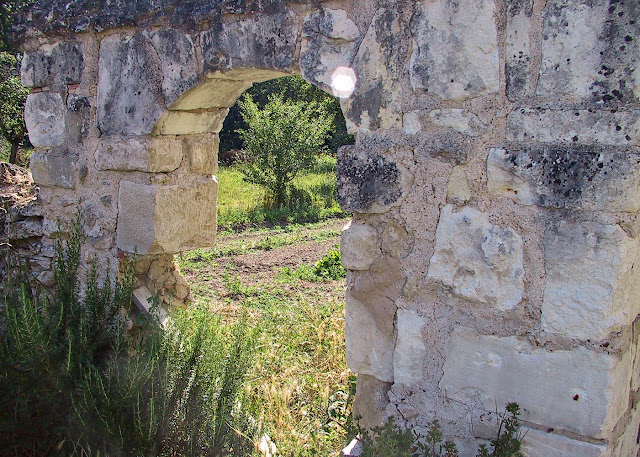 Then, in 1983, two other monks joined him. "We do not play at being hermits. We are hermits," he tells me. What are their days like? "We pray... seven times a day," he says, mentally counting the number of daily services they attend. "And we work. " 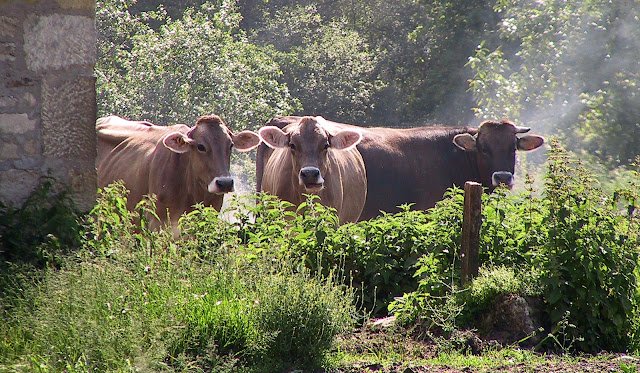 The priory sits on 15 acres of land, of which 10 acres are given over to agriculture. Two cows graze on the property, even though the monks no longer produce dairy products. Inside the building, not all parts of which are habitable, there remain four monk's "cells." 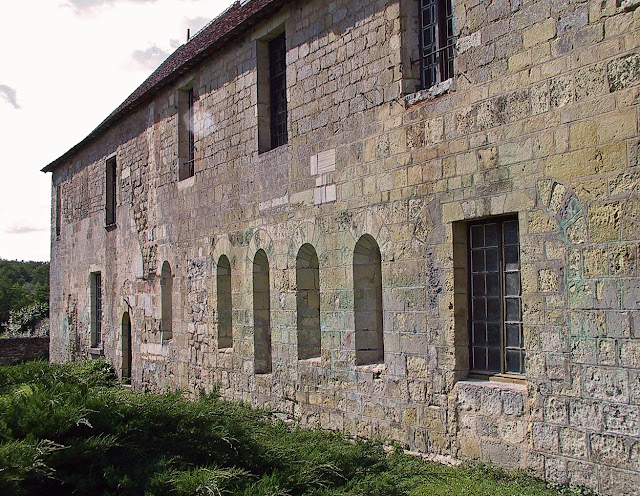 This allows the monks to welcome — once in a while and for just a few days at a time — a guest who's in need of a spiritual retreat. "We see life through sadness. People come to us when they have problems." Does that make these men feel pessimistic? "No, just realistic," Father Philippe-Étienne says. •
Posted by Ken Broadhurst at 07:20