I happened upon this article in the Nouvel Observateur about a baker in Brittany who has found a way to deal with the problem of having left-over baked goods in his shop at the end of the business day. It was published in 2016. Here's a link to the article in French. I also found some photos of the baker and his bakery at various places on the web to post with the article — thanks to all concerned. The bakery in Quimper is called Au Bon Vieux Temps.

I don't especially like the term "food waste" — in France it's called le gaspillage alimentaire. But I do know that I don't like to think about how much food the world wastes every day, month, and year.

I’m a baker, and I give my unsold baked goods to people in need
It’s the least I can do
By José Louiset, baker

"France will become the most proactive country in Europe". It was in such terms that the adoption of a set of legal measures designed to reduce food waste was announced recently. It was a step in the right direction that José Louiset, owner of two bakeries in the town of Quimper in Brittany, didn’t need to wait for. He had been donating his unsold bakery products since 2005. Students, young people with money problems, or “forty-somethings” who can’t manage to make ends meet at the end of the month are some of the many people who gather in front of José Louiset’s bakeries before they close up in the evening. Here’s this baker’s story. 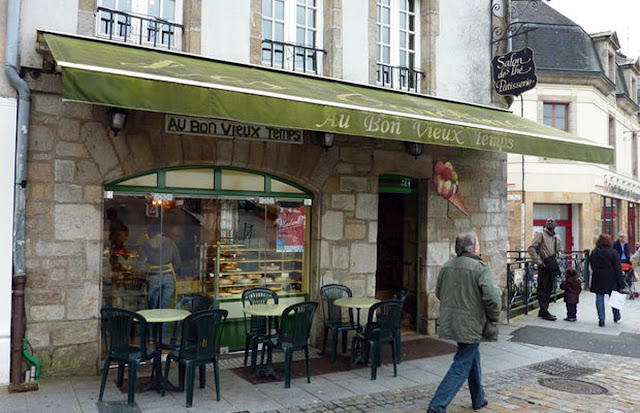 It all began with a remark my wife made to me one evening as we were closing up shop. She saw people rummaging through our trash cans looking for food.

She wondered out loud why we didn’t just separate our unsold products from our garbage so that people didn’t have to rummage through the trash to find something to eat. It was a small gesture, in our eyes.

So we began giving away sandwiches, pastries and fresh bread to people we now call "our regulars".


I give away my unsold products every night

As long as everyone does not have enough to eat, I will not throw away any more food that is still edible and I will condemn all those who do. As Coluche* said so well: "Today, we no longer have the right to allow people to be hungry or cold."

"Even before I opened my business in Quimper, I already donated food to the "little sisters of the poor" in Normandy, where I had a bakery. That was twenty years ago. I can only welcome the new legal measures adopted by the National Assembly, though I wish France had not waited so long to address the issue.

Since 2005, I’ve been gathering up all my surplus food products at the end of the business day, and packing everything in little bags that I can hand out to people in need. 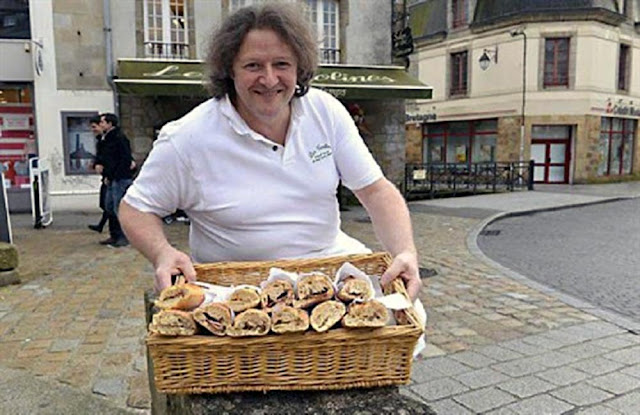 People’s preferences are fairly clear: first are the sandwiches, then the croissants and other pastries, and finally the baguettes. The sandwiches can be a full meal, while the other items are things that will do in a pinch when you are really hungry.

Despite all my efforts to have something to give to each person who comes to the bakery, sometimes the most asked-for items run out first and then our “regulars” end up quarreling among themselves. I try not to interfere too much but I pay more and more attention to make sure there is something everyone. It’s not always easy.

In 2012, I was happy to be able to describe my approach to the problem with the local press. It was a way to encourage my fellow merchants to join in.

Coverage by the media brought us a few more people than we had been used to seeing. One evening, I counted as many as 60 people in all and I said to myself, "Oh la la! What have I started?"

Every baker has a surplus

Since then, the crowds have thinned out some and we have about thirty people who come to the shop every night. Which is, as you can understand, already a lot. So sometimes, I make a few extra sandwiches over the course of the afternoon, knowing full well that they will not all be sold, but also that they will not go to waste.

Of course, I have to be careful not to lose sight of the fact that I have a business to run. I don’t make any more or less food more than I always have. The people in need that I donate food to can’t afford to buy my products, but I hope they will become customers one day.

Ending up with unsold baked goods at closing time is a fact of life in this business, which is based on offering fresh products every day. I prefer to make two or three extra loaves of bread rather than have to tell a customer who comes at the end of the work day that all I have left is one stale baguette. As any baker can tell you, it is impossible to end the business day having sold absolutely everything and not having a few items left unsold. 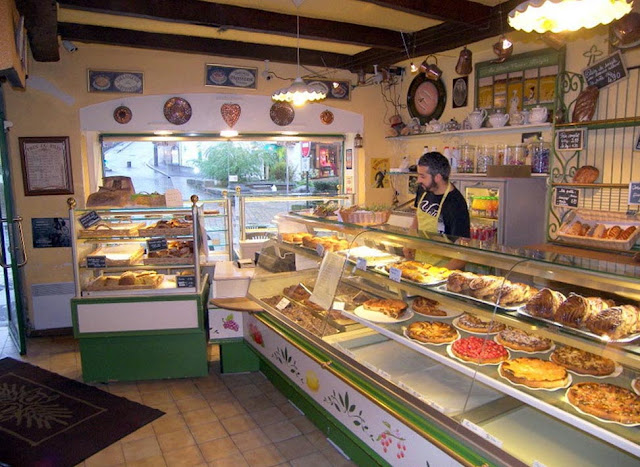 Word spread quickly in Quimper and art students became “regulars” alongside young, low-paid working people. I think that's a good thing. After all, when you're a student, the streets are not paved with gold and it's pretty clever to figure out ways to get a free meal.

We don’t see many people abusing the service. Some neighborhood people who are not really needy have come by once or twice, but they haven’t continued. They soon understood what we were all about. We are not a food bank or charity but we think it’s best to give priority to those who are really in need. Especially since they are so grateful.

Giving is very gratifying. Not only do we feel more useful to the world we live in, but we also get back expressions of affection and thanks that are very touching.

Some even write letters to thank us and encourage us to keep going. This note, for example, touched us greatly:

"Sir, I am a student and am living in Quimper for a year. A month ago I learned that your bakery gave out food in the evening at 7:30. I'm a little ashamed to say this, but one Saturday I was hungry and finding your shop was such a relief. I'm 22 years old and doing commercial studies. I work all week, but as a trainee my salary isn’t enough for me to live on. That's why I feel ashamed. So as not to feel like I was asking for charity, I talked to the young woman who works in your shop on Saturdays about helping her clean up in the evening. I hoped it would be a way I could repay you for your kindness. If you refuse I will wait politely outside the shop because I do not want to be hungry any more, but I won't feel good about myself. Thank you."

An act of solidarity that doesn’t really cost much

Our food donations have been seen favorably by our customers and the others in the neighborhood, and of course having a good image can’t be bad for business.

Our sales volume has not increased, and nor has the number of customers we serve, but our relationship with our customers has changed for the better. They congratulate us, encourage us, and ask themselves how they might get involved.

Even though she’s on the other side of the world, our daughter sends us links to articles about us that she finds on the internet. She is proud of her parents and it warms our hearts to be role models for her by doing what we are doing. It doesn’t really cost us much.

My only wish today is that all business people in France will join in. After all, it’s the least we can do.

*Coluche, who died in 1986, was a comedian and actor who founded the Restos du Coeur food bank in France.
Posted by Ken Broadhurst at 07:00