A few years ago, friends of CHM's and mine who live near Etampes gave me a kind of sage plant that I had never seen before. It's called Salvia sclarea — clary sage in English, or sauge sclarée in French. It produced huge pinkish-purple flower stalks in summertime. 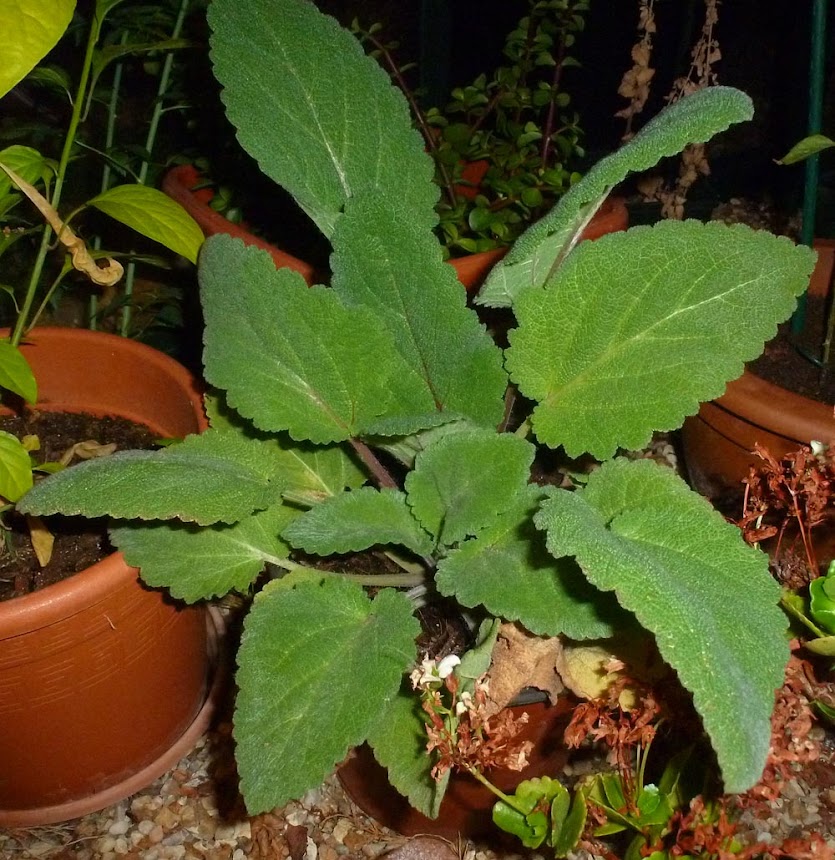 And it spreads by, I think, reseeding itself. Yesterday I went out to the spot where I had planted it and dug up a dozen or so small plants that were growing in the gravel that surrounds our house. Evidently, in its first season the plant produces leaves, and in its second summer it produces flowers and seeds. 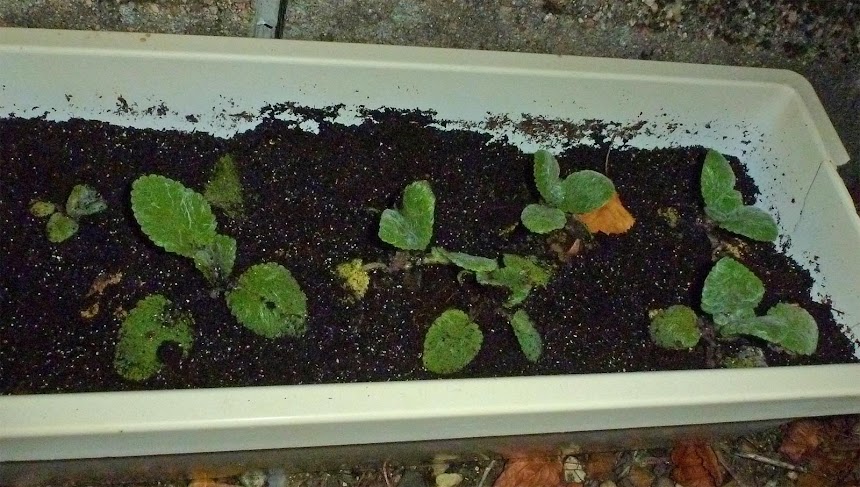 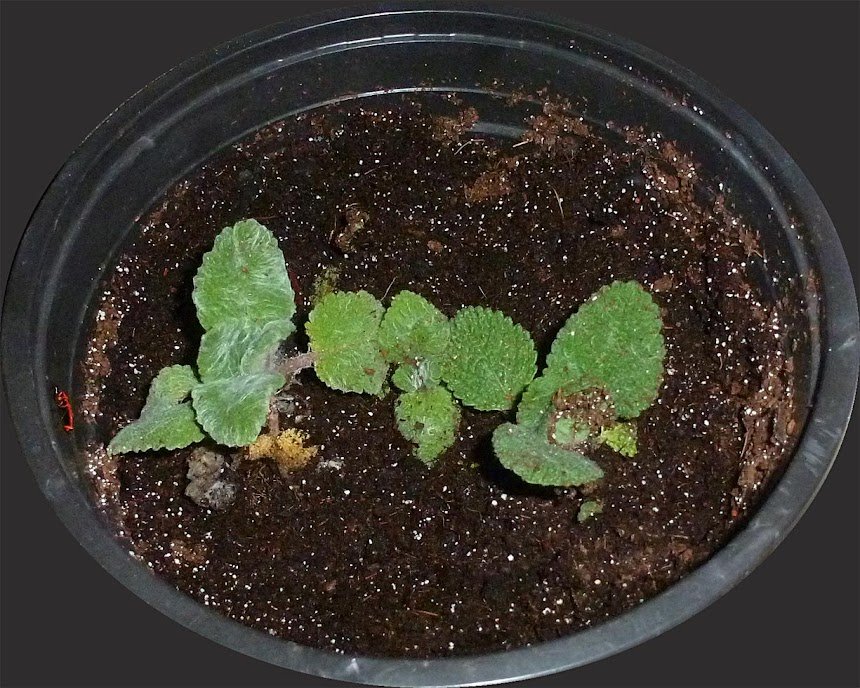 Our plan is to keep these plants in the greenhouse this winter and then plant them around the well out back next spring. Salvia sclarea is called a "short-lived" perennial. I'm not exactly sure what that means, but I do know that the plant spreads fairly quickly. Actually, Wikipedia says the plant is considered invasive in North America. 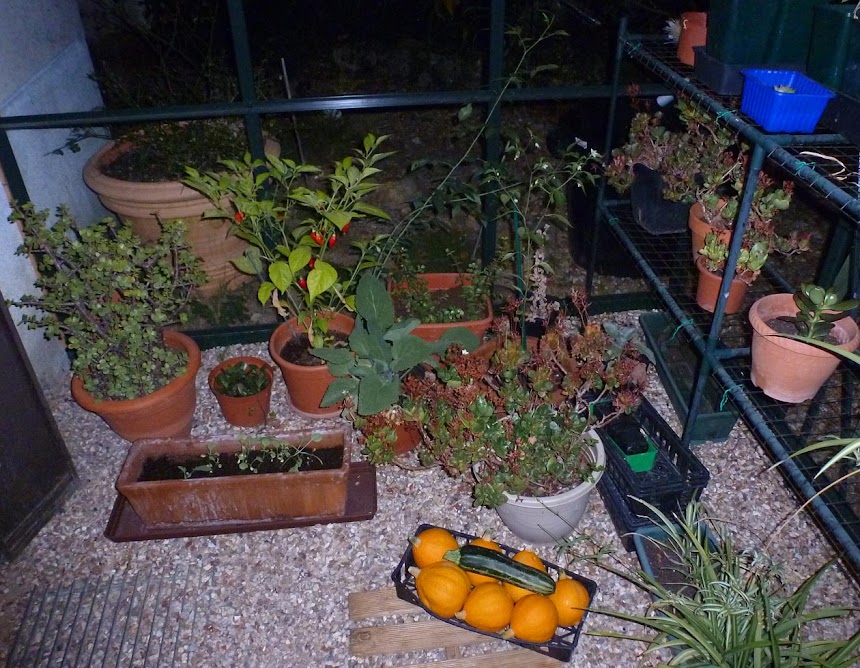 I thought I had posted a photo of the Salvia sclarea flower stalk on the blog in the past, but I can't find it right now. Meanwhile, here's a photo of some of the plants we have growing in one corner of the greenhouse at this point. I picked up the potted sage plant a few minutes ago and realized its roots had grown through the drainage holes in the bottom of the pot and the plant was rooted firmly in the sand and gravel floor of the greenhouse.