I'm in the air this morning, getting ready to arrive at Paris CDG airport (if all has gone well). I'll have to let my eyes adjust to the architecture and landscapes of France today, as I take the train from Paris down to Tours and then a car journey to Saint-Aignan. 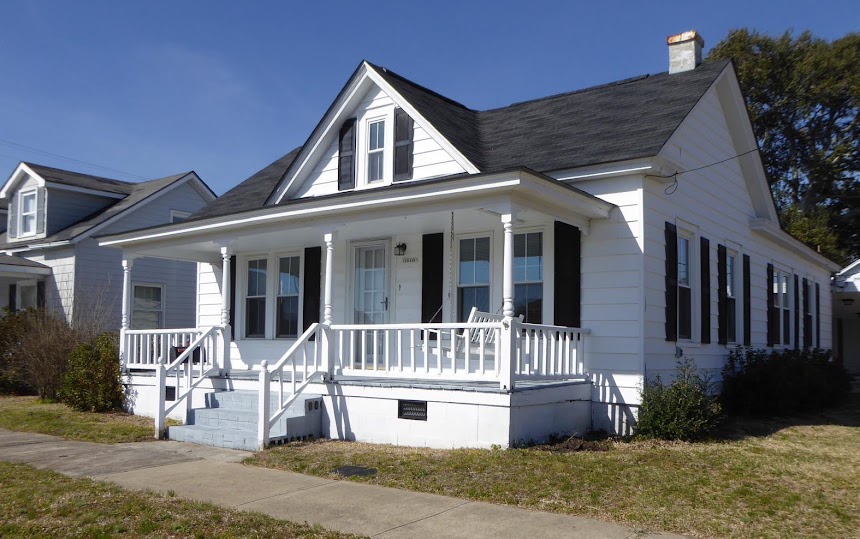 Meanwhile here are some photos of houses that I took in Morehead City, N.C., a couple of days ago. The one above is an especially pretty old-style house in the Promise Land section of the town. It's probably about 100 years old. 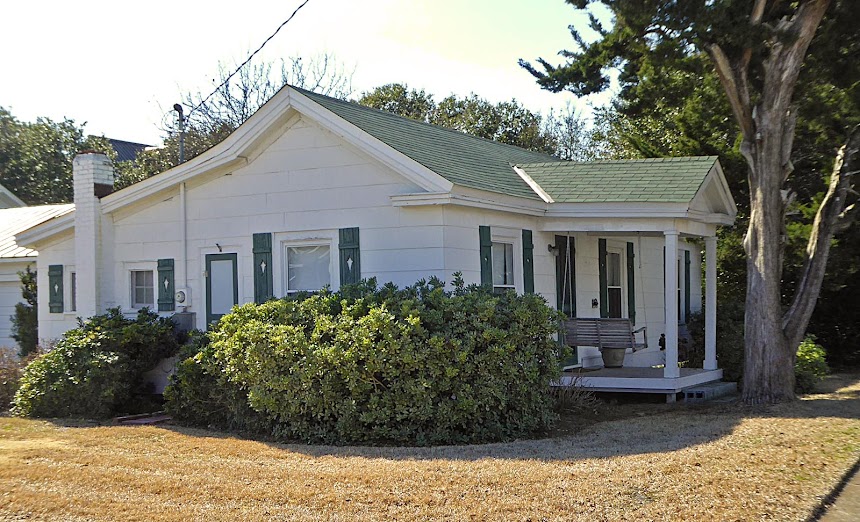 This second photo, above, is another place of about the same vintage as the first one, but slightly more modest. Actually, all these photos are ones that I took in the old Promise Land neighborhood, where fishermen and whalers and their families settled after a series of disastrous hurricanes between 1890 and 1905 rendered uninhabitable the coastal islands where they had lived for generations. Storm surges pushed waves of salt water over their land, killing their crops and gardens, making the land infertile, and spoiling their wells. 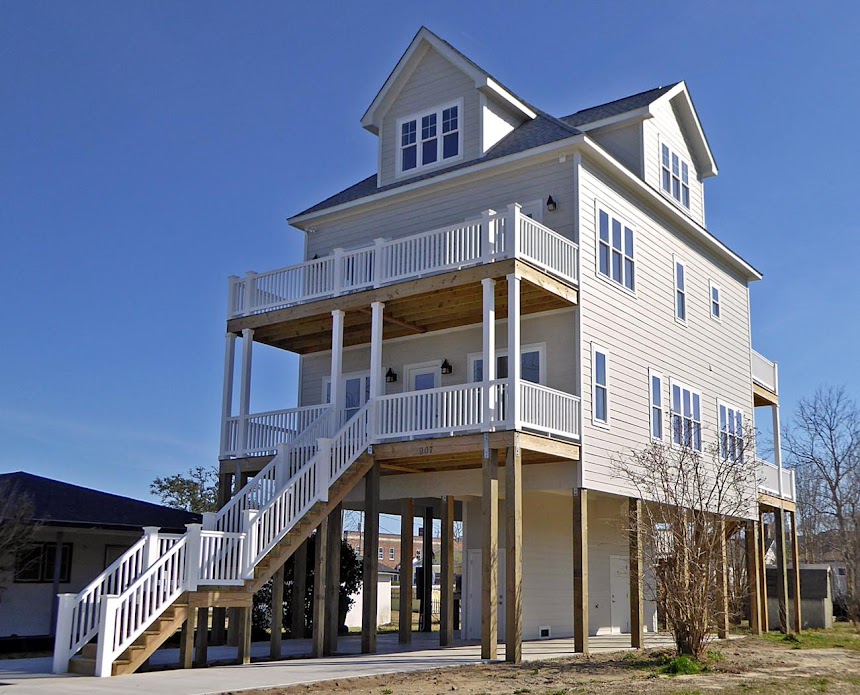 Nowadays, people are building houses like the one above in Morehead City. It's on stilts so that the living quarters won't be damaged if floods or storm surges roll over the area. 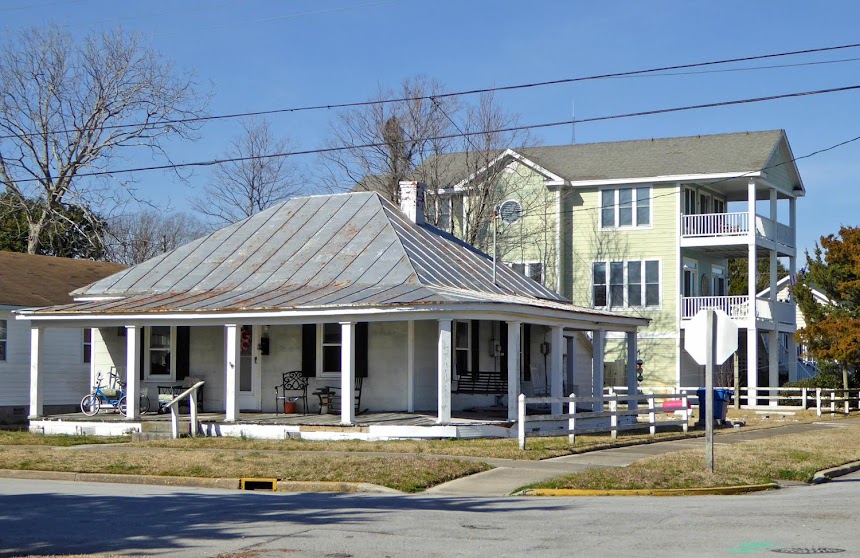 This last photo shows an old-style house with its wrap-around porch. It's seen better days. Behind it is one of the new houses on stilts. These are about 100 yards (meters) from the salty sound and its tides. You can see how low to the ground the old house is.
Posted by Ken Broadhurst at 06:00