I'll be leaving for a short trip to the U.S. in just a few days. I'm trying to convince myself that it will be a good idea to take my newest digital camera on the trip. It's a camera I've used very little since I bought it 18 months ago. It's a Panasonic Lumix TZ60 compact, long-zoom model that's called the ZS 40 in the U.S. I'm trying to figure out the camera's settings and taking some photos with it to see if I can succeed as well with it as with my 5-year-old Lumix TZ18/ZS8. 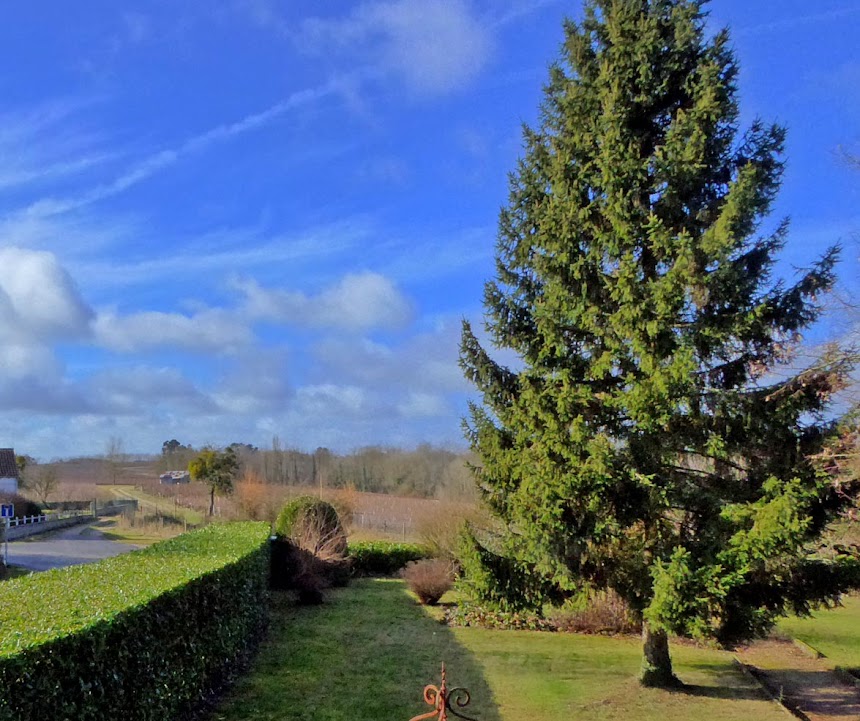 We had a pretty afternoon yesterday, and a nice sunset. 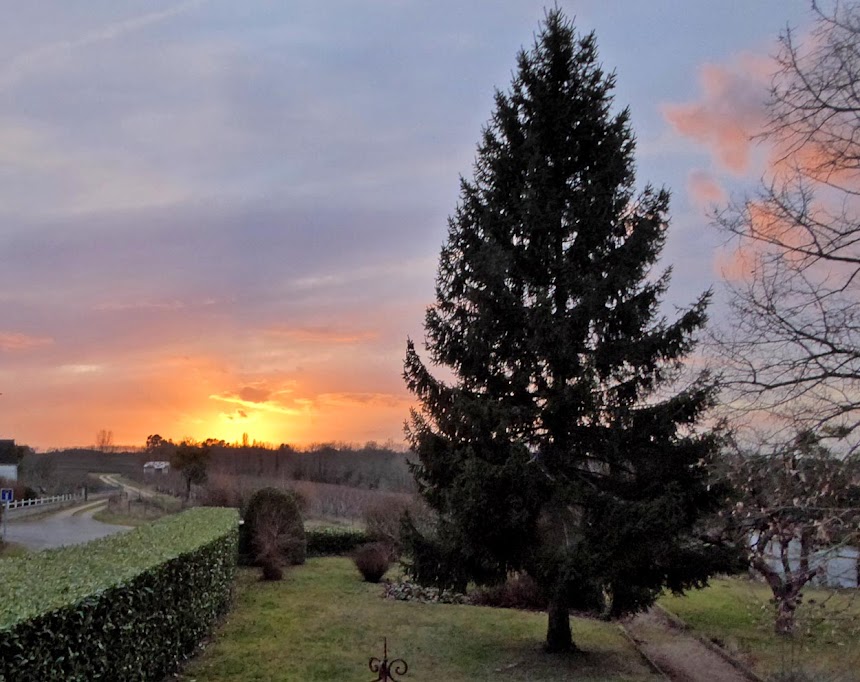 The sunset lasted only about five minutes. I rushed to get the camera and tried taking shots using different settings. 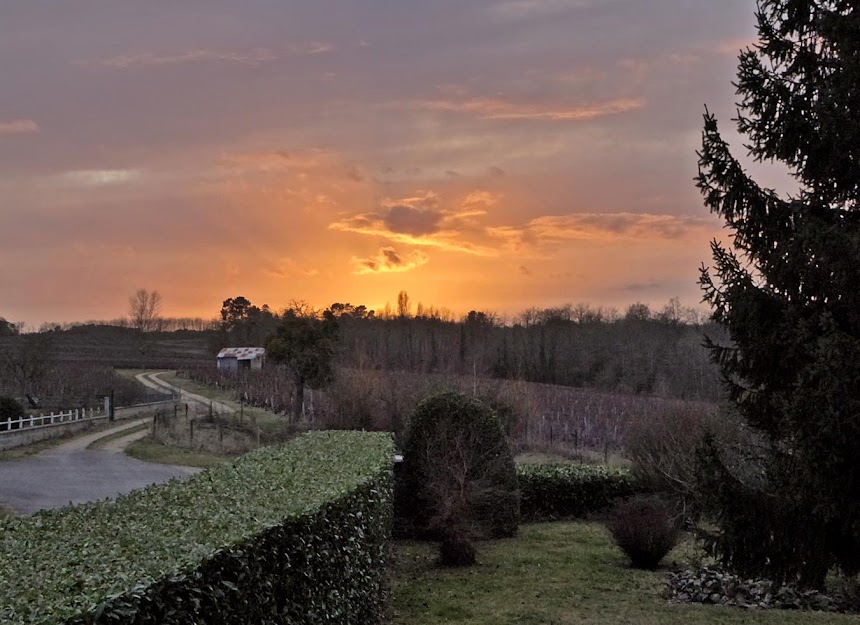 I've adjusted these in Photoshop, as usual, but I wish the images right out of the camera required less tweaking. 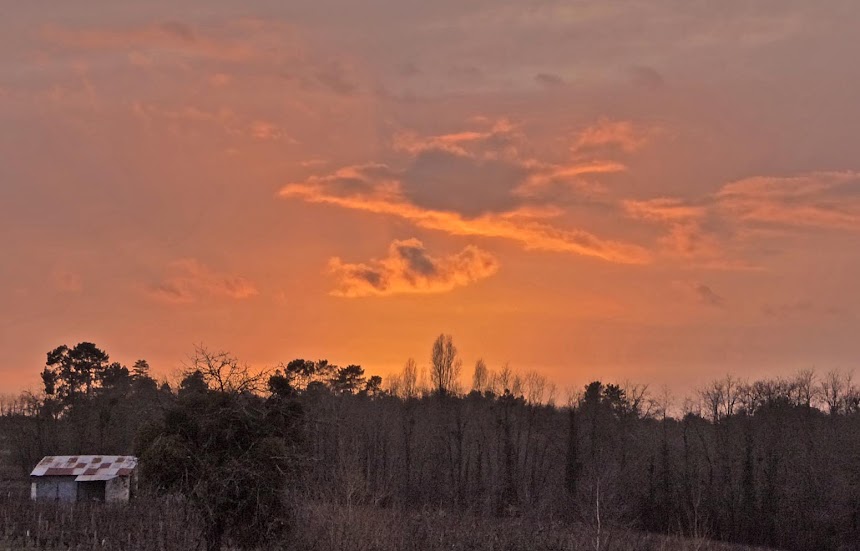 While I'm in the U.S., I'll be getting a new laptop computer. My current one is already 7 years old. I want to buy a new one in the U.S. because... well, it'll be less expensive than in France... and it will have an American keyboard.

The French computer keyboard has a different layout, with very commonly used keys like the M, the comma, the period, the A, the Q, the W, and the Z in different locations compared to the U.S. keyboard. It also requires you to hold down the shift key to type numbers.

It's just too confusing for an old blogger and typist like me. When I was younger and lived in Paris for three years, I learned and became comfortable with the French keyboard layout (on a tiny manual typewriter) and then had to relearn the U.S. keyboard when I returned to the states in 1982. But not now...
Posted by Ken Broadhurst at 07:00