We've found a new French product that is very good. New to us, that is, but not new to France. People have been growing rice in the Camargue area of southern France for a thousand years. For generations the rice was fed mainly to livestock, it seems, and it only took off as a product for human consumption after World War II. The Camargue is the delta of the Rhône River, west of Marseille and southwest of Provence, on the French Mediterranean coast. 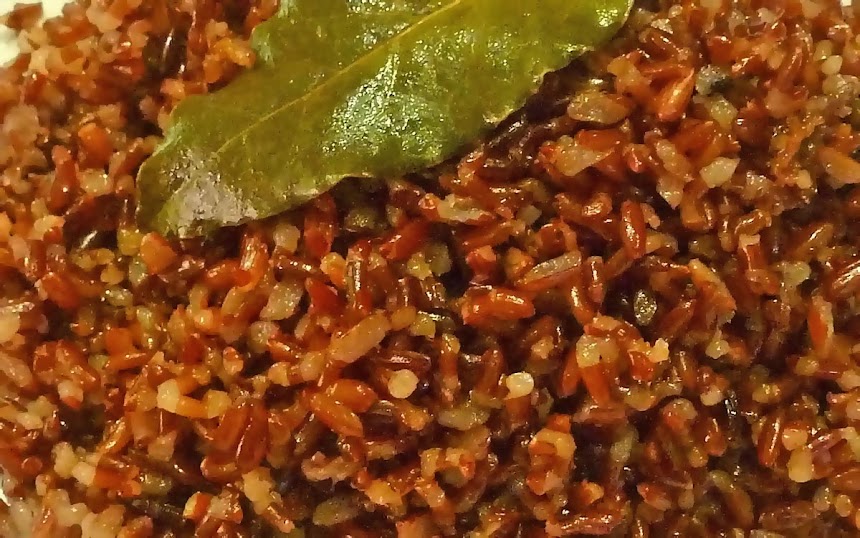 There are at least two varieties of Camargue rice. This one is the red variety, and there's also a brown Camargue rice. (I think there's a black rice variety too.) We've tried both brown and red, and we like both. Now I read in an article from last year that the production of Camargue rice has dropped from 120,000 tons per year to only 70,000 tons over the last few years, partly because of competition from Asian rice producers and importers, and because of reduced French government subsidies for rice growers.

The red Camargue rice takes 25 to 30 minutes to cook. Soaking it for an hour before cooking it seems to shorten the time required. The cooked rice has a pleasantly crunchy texture and a nice taste. We enjoyed eating some with the leftover stew of beef, carrots, onions, and red wine we had for lunch a couple of days ago. The label above says the rice is especially good served with duck (canard) and with game (gibier), seasoned with garlic and aromatic herbs. 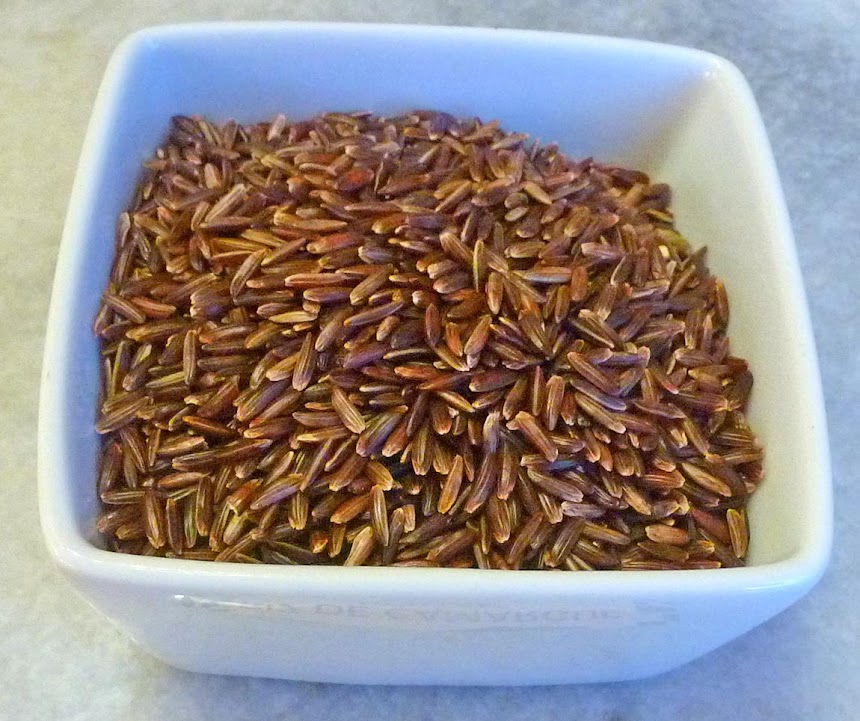 Camargue rice was granted an IGP — Indication Géographique Protégée — by European authorities in the year 2000, and French consumers re-discovered it. It's ironic that production has gone into such a steep decline now. One of the advantages of rice production in the Camargue, which basically a coastal salt marsh, is that the rice plants actually desalinate the ground they grow in and can turn it into fertile agricultural land.
Posted by Ken Broadhurst at 07:00