As usual, it's jet lag time. I left the U.S. Thursday evening, and arrived back in France yesterday. I say that about being lagged, but I managed to stay awake (well, mostly) until 10 p.m. yesterday and sleep until 7 a.m. this morning. There's a pattern in all this. I was awake for 34 hours straight during the trip back to France. It will take my mind and body a week to recover and get back on schedule.

Morehead City is a deep-water port, and one of the deepest harbors on the U.S. East Coast. 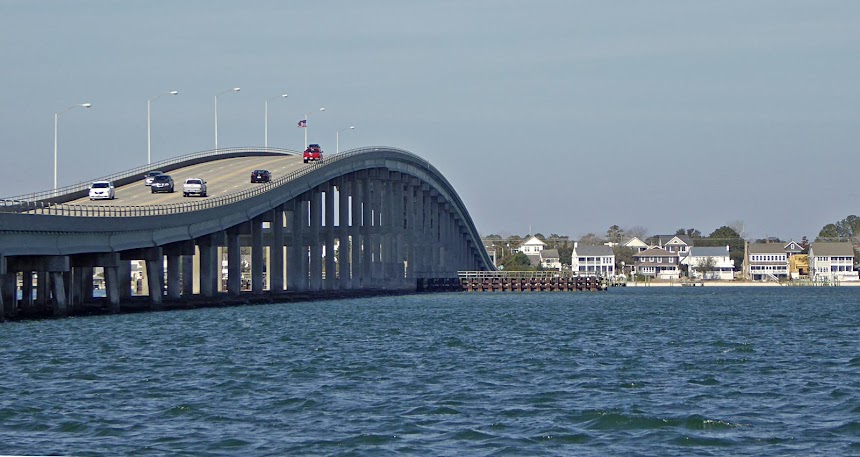 The high-rise bridge that connects Morehead City to the barrier island called Bogue Banks was built nearly 50 years ago to replace an older drawbridge. Sailboats can pass under it and car traffic can flow unimpeded.

The white sand shore of Bogue Sound is lined with wooden docks and there's the bridge in the background. 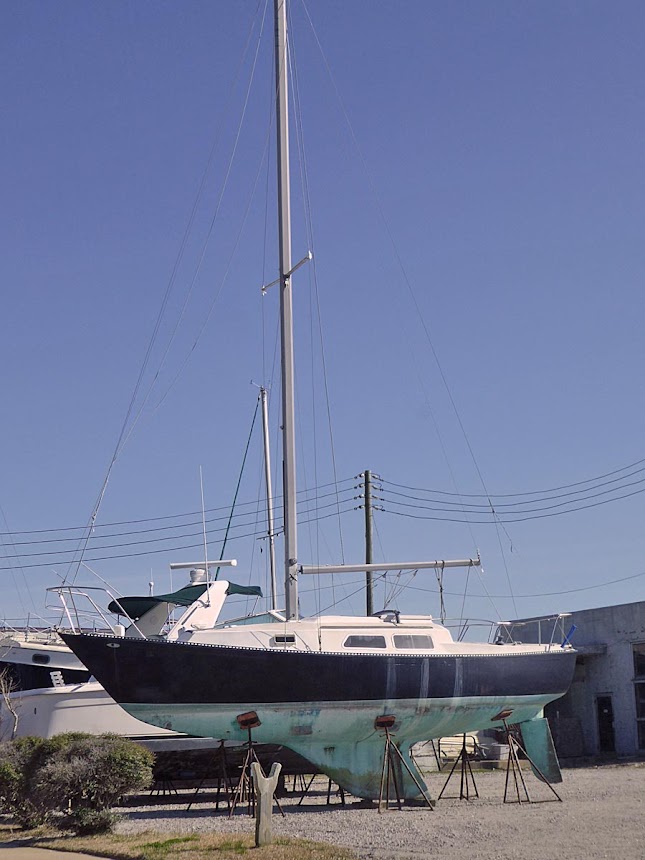 Here's a sailboat that could easily pass under the high-rise bridge. It's in dry dock right now for maintenance. 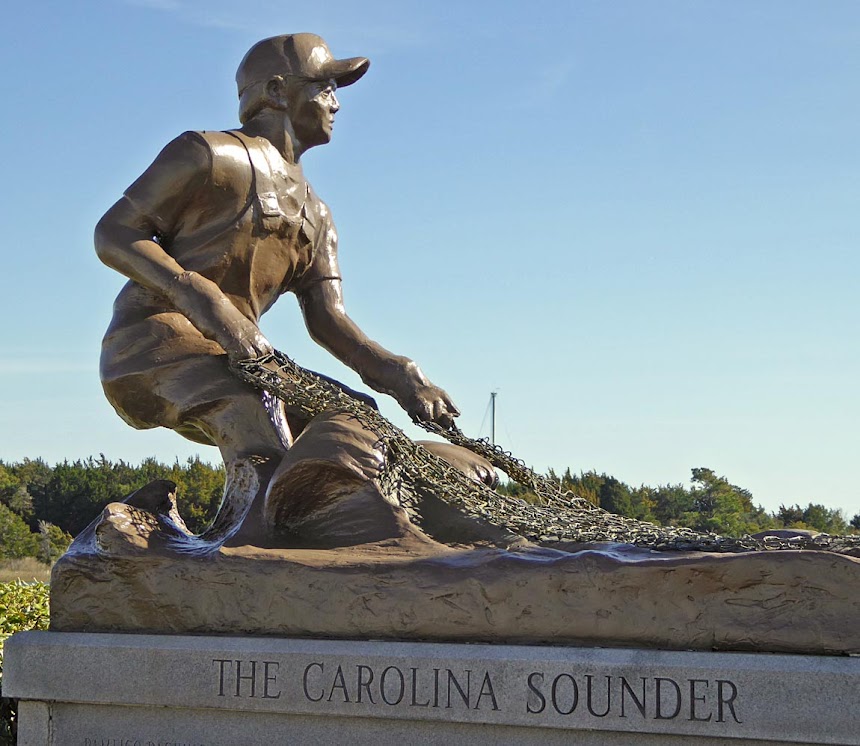 Above is a monument to the "sounder" — a waterman (fisherman) who works on the protected waters of the North Carolina sounds, bodies of salty water named Bogue, Core, Pamlico, Albemarle, and Currituck.
Meanwhile, here are some fairly random photos of Morehead City, N.C., scenes. I know, my blog is supposed to be about Saint-Aignan in the Loire Valley, but a big part of my life here has to do with my trips back to my American home on the Carolina coast. It's a place where there is more water than land.
Posted by Ken Broadhurst at 08:00