Three houses in the hamlet

The "hamlet" or neighborhood we live in is made up of nine houses and a few outbuildings. Four of the nine houses are occupied only seasonally or sporadically. I wish I knew more about the history of the hamlet, but nobody around here seems to be able to enlighten me. 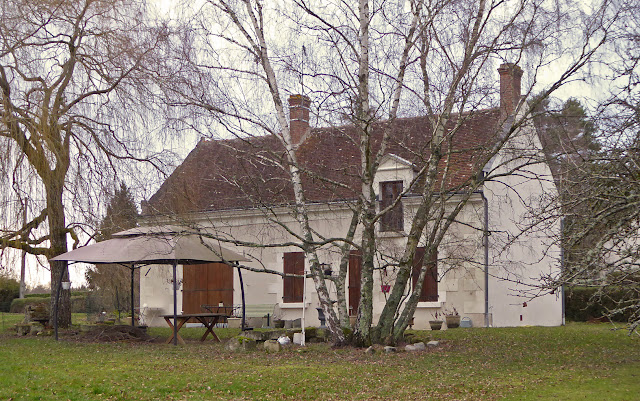 This house is a small longère, or long house, that was built, I imagine, in the 19th century. It's just one room deep. When the people who own it bought it back around 1970, half the house had a dirt floor, and half the roof tiles were missing. I think there were just two rooms — what is now a living/dining room and a big kitchen. The old barn space was converted into a bedroom suite. There is also a large finished space upstairs, under the roof, with eight or ten single beds for visiting family members or other guests. 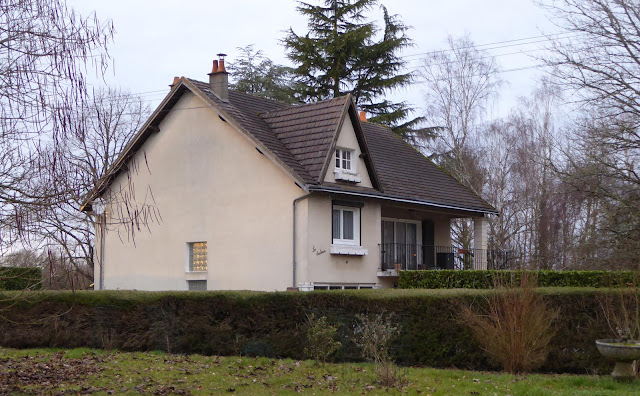 Our house was built in a "modern" style in the late 1960s. It originally had two bedrooms, a decent-size kitchen, and a large living room with a fireplace. The windows are large and let in a lot of light. The main living area is one floor above ground level, with a garage, utility room, cold pantry, and entry hall downstairs. Since we've lived here, we've had all new windows put in, including sliding glass doors in the living room and across the small front porch, and we've had the attic space finished as a big bedroom/family room. 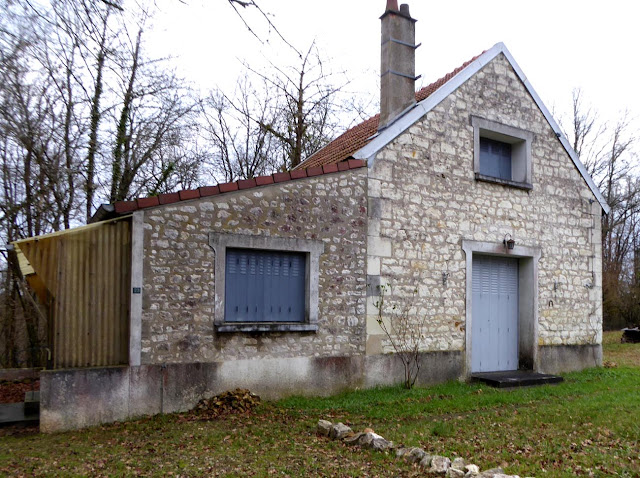 This house is mostly a mystery to me. I don't have any idea when it was built or who now owns it. All I know is that it is occupied only occasionally, in summertime, by young people who must all be the grandchildren of the owner(s). I've never been inside. There's something forbidding about the battleship-gray, heavy metal shutters on the windows and doorway. I imagine it is sparsely furnished, and I'm pretty sure it has a basement or cave, because there's an exterior stairway on one end of the building that leads down to it. It looks like the kitchen, on the left, was added on after the main part of the house was built.