The photo here was taken on March 21 in, I think, 1988. Walt and I had moved to California 18 months earlier. We were living in San Francisco, at Gough and Sutter streets near Japantown, but we had driven down to east San José that day to see old friends who lived there. At the time, I was working in SF as managing editor of a computer magazine. I think I had already started teaching evening French classes at SF City College. Walt was an architecture student at UC-Berkeley. 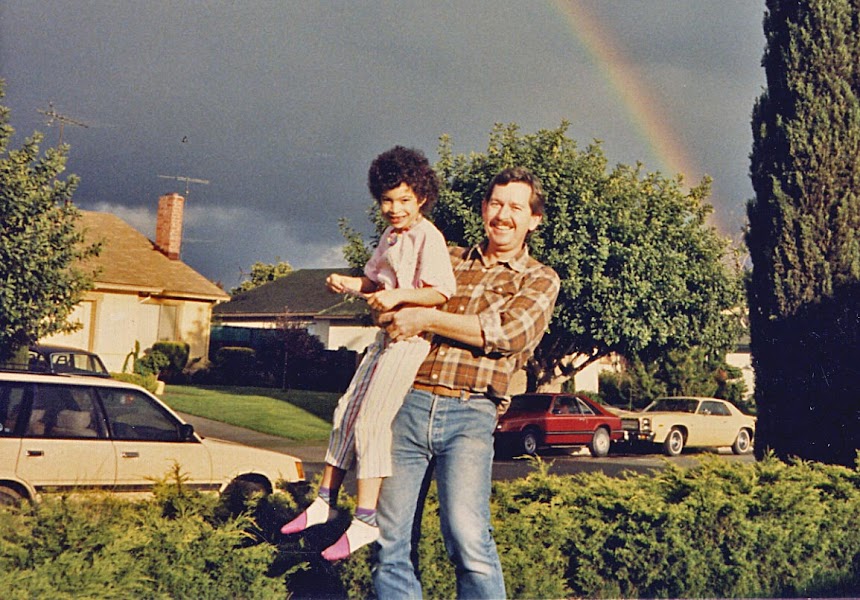 The little girl I'm holding in the photo is the daughter of one of our best friends. At some time in the past, I wrote on the back of the picture that she was 8 years old. She will turn 35 next spring — not quite as old as I was in 1988. How do you like that rainbow? In my memory, rainbows were a rare occurrence in northern California.
Posted by Ken Broadhurst at 07:15