When you cross the river at Sancerre or Pouilly-sur-Loire, you are officially in the Burgundy region. Pouilly is in the département called la Nièvre, which has Nevers [nuh-VEHR] as its main city. We were just going to drive through, because our destination was the Yonne département, whose main city is Auxerre [oh-SEHR].

Houses along the road as we arrived at Pouilly-sur-Loire
We had planned to have lunch in Pouilly. I had picked out a restaurant by looking at French TripAdvisor reviews. It was called Chez Mémère, which means something like "granny's place" — mémère is baby-talk. We crossed the bridge over the Loire and turned left up the town's main street. 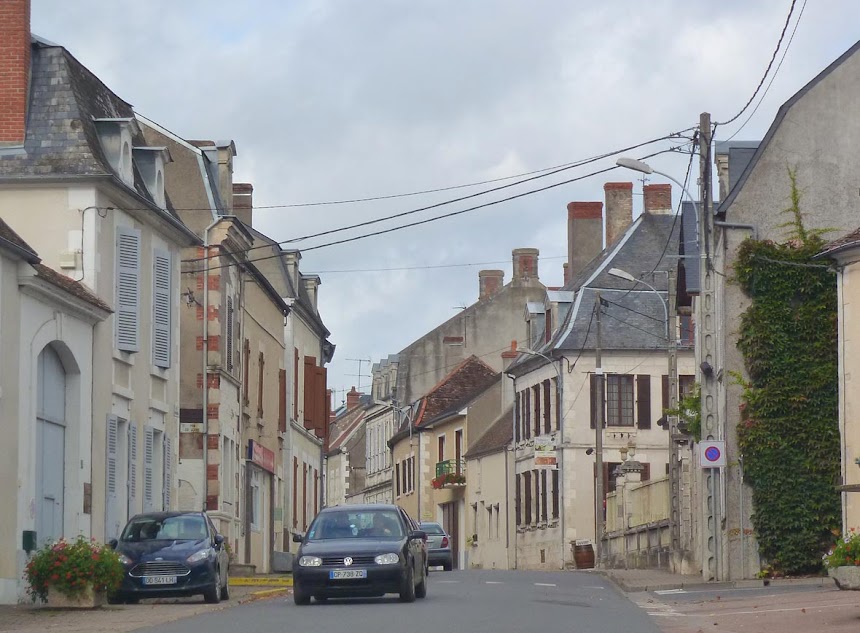 This street narrowed radically as we drove into the village center.
It turned out that the main street through the town (pop. 1,710) was very narrow and surprisingly busy. There were cars parked on one side of the street, which meant there wasn't enough room for two cars to pass each other. One had to wait. I think it was just the lunch-hour rush, since it was ten past noon. 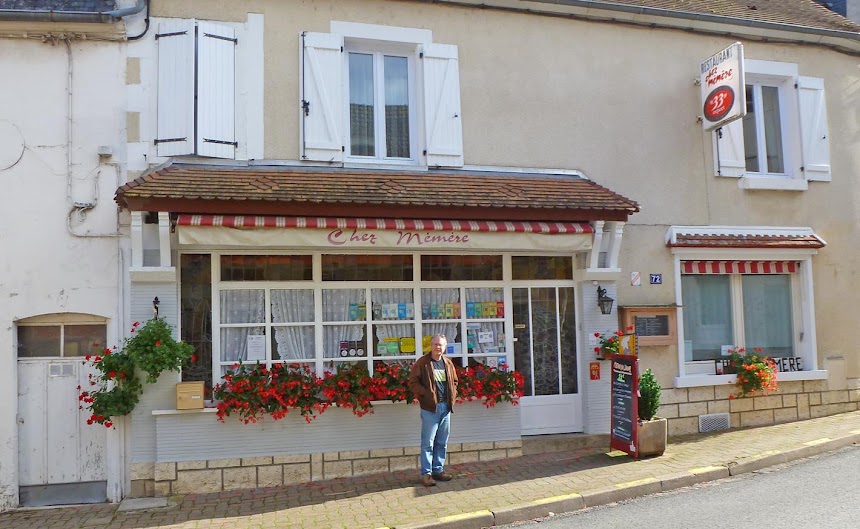 Walt had just read through the menu when I snapped this shot.
We easily found a place to park, told Callie to guard the car, and walked back to the restaurant. There was a chalkboard outside on the sidewalk advertising a 14-euro menu that looked excellent, with three courses (starter, main dish, and dessert). Fourteen euros is about $18 U.S. these days. Wine and coffee would  add a lot to the final check, so lunch would have cost close to $60 for the two of us. 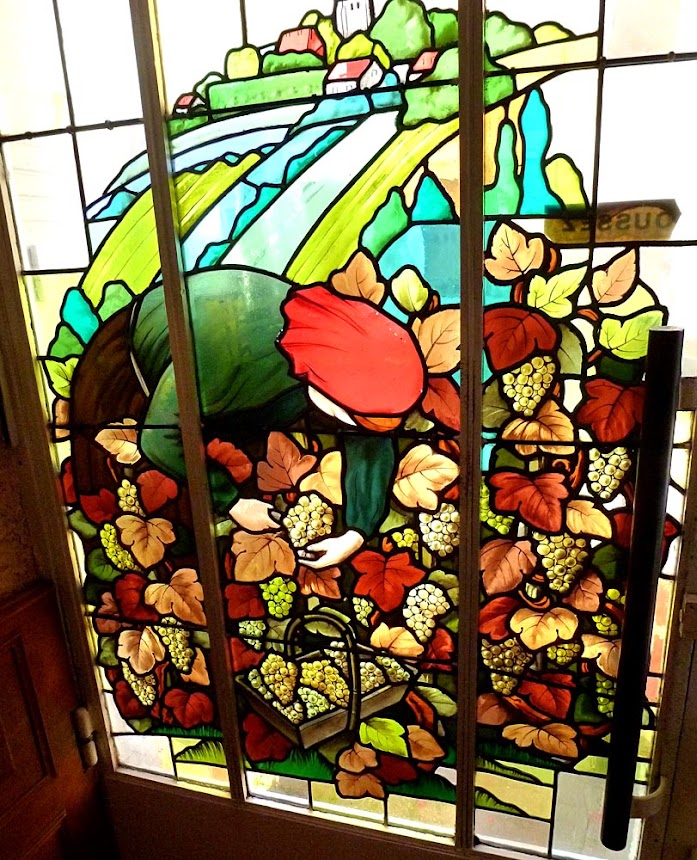 Chez Mémère's front door seen from inside the restaurant
We pushed open the door and found ourselves in a room crowded with 15 or 20 tables, of which two were already occupied, each by a group of four. Those people all turned and looked at us with curiosity, and I nodded and murmured Bonjour. There was a second room on the side, which had maybe as many tables and was empty. The hostess of the restaurant came out to greet us. I asked for a table for two. 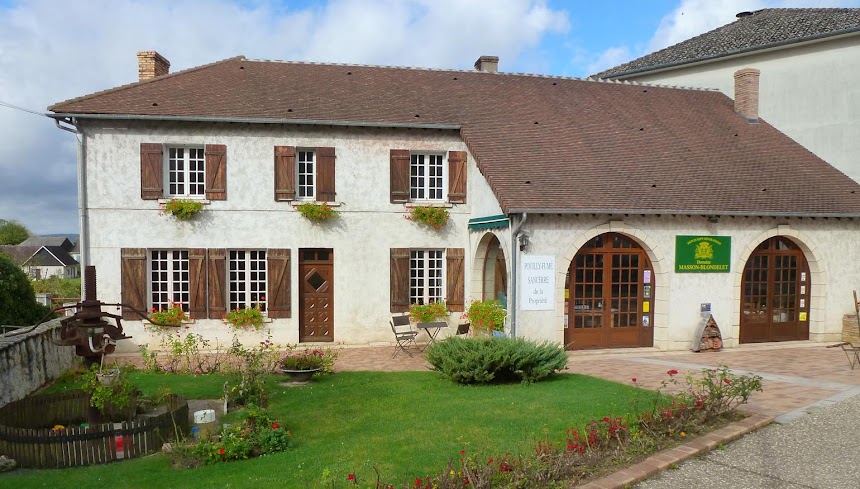 A winery across the street
« Vous avez réservé ? » No, I said. I don't know why I hadn't. It had been hard to imagine that a restaurant in a small town like Pouilly would be all booked up on a Tuesday at lunchtime. Well, we were turned away. No room at the inn. I wonder if all the tables were really reserved, or if it was the kind of restaurant that really cooks fresh food and makes only enough for customers who have reserved in advance.

A doorway near the booked-up Chez Mémère restaurant
And why did they put a signboard out on the sidewalk advertising their menu if they knew that they wouldn't be taking any walk-in customers? The woman — was she Mémère? — was nice enough to point us toward another restaurant, which she described as being « à l'autre bout du pays » — at the other end of the village. We moved on. It's funny how people in the French countryside use the word pays (which means "country") to describe a village.
Posted by Ken Broadhurst at 07:30