I love cooking chicken wings in all different ways — Buffalo-style with butter and tabasco sauce; with rice and vegetables braised in the oven; baked with yakitori sauce or with a lemon and honey marinade and basting sauce. Yesterday, cooked some in a wok, stir-fried with julienned vegetables and Asian wheat noodles. 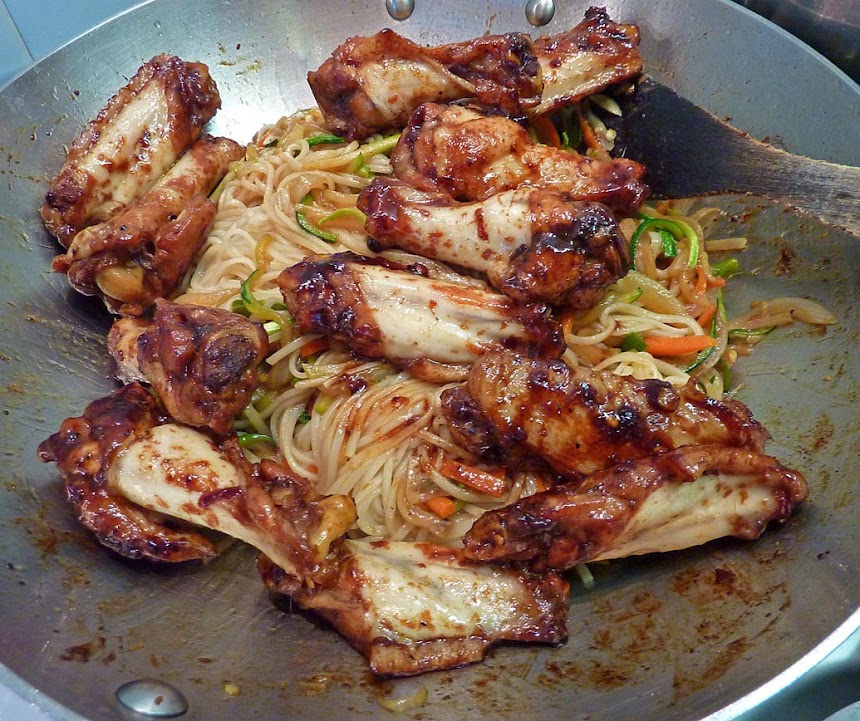 This wasn't a recipe but a spur of the moment idea. I like wings when they are well-cooked and moist, with the meat almost falling off the bone. That's what you get when you stir-fry them and then cover the pan and add some liquid for them to braise in for a few minutes.


In this case, I quickly stir-fried, in a good amount of canola oil, one small onion and two large cloves of garlic that I had sliced up. That gave the oil good flavor. I took the onion and garlic out of the wok and put in one large carrot that I had peeled and cut into julienne (matchsticks). That gave the stir-fry oil even more flavor, plus a nice golden color. After three or four minutes, I took the carrot sticks out of the oil and put in the six chicken wings (12 pieces) that I had and stir-fried them well, until browned. 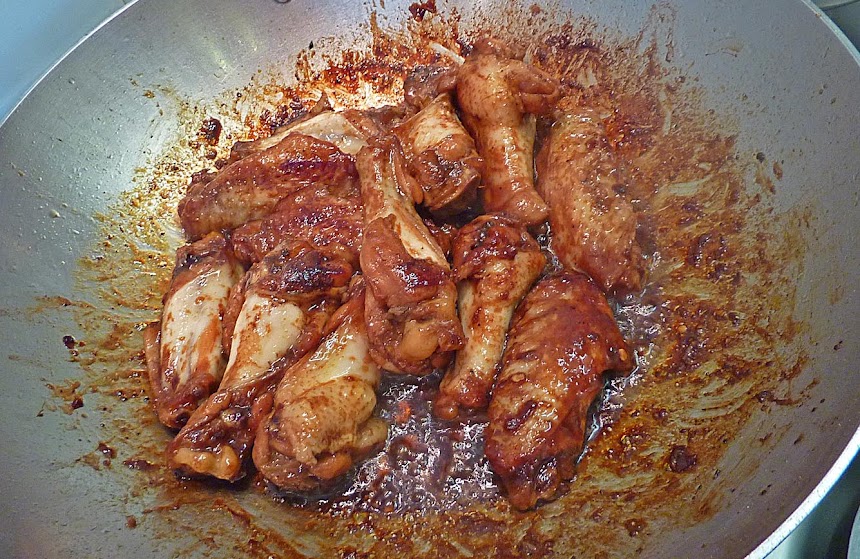 Once the wings were golden, I poured over them two or three tablespoons of soy sauce, the same amount of Japanese mirin (a sweet rice wine; any sweetish white wine like a sherry or Chardonnay would be good), and a quarter-cup (60 ml) of chicken broth. I covered the wok and let the wings braise in the liquid for 15 or 20 minutes, adding a little water as needed to keep it moist. The wine helps caramelize the wings, as you can see. 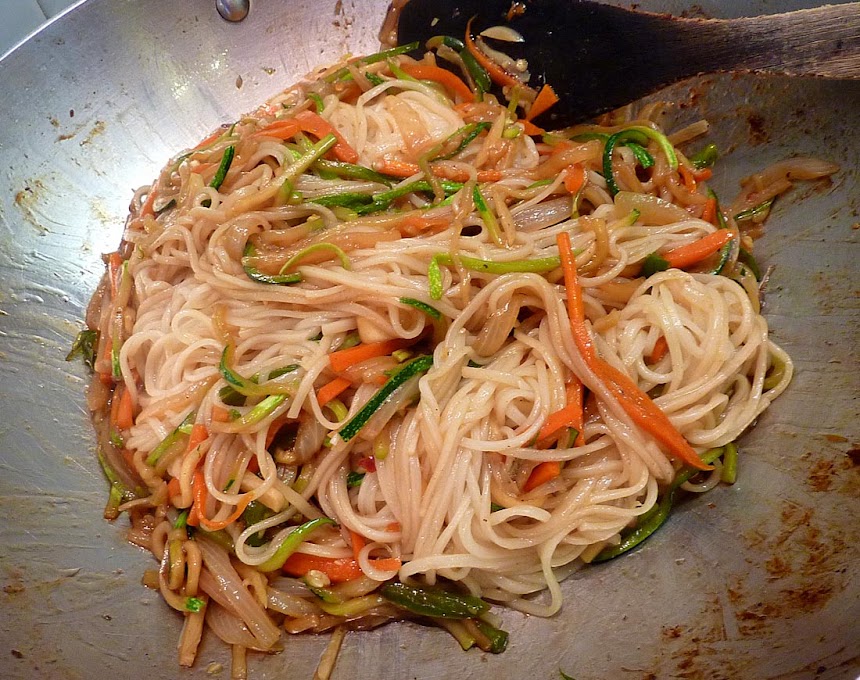 When Walt was coming back from his walk with Callie earlier in the morning, he had looked around in the vegetable garden and found two more... guess what... zucchinis. So he julienned one of those on the mandolin. It went into the wok when the wings came out and, after two or three minutes of stir-frying, back in went the other vegetables and 200 grams of cooked wheat noodles (could be spaghetti or angel-hair pasta).

When the vegetables and noodles were well mixed and heated through, we served everything right out of the wok with the chicken wings on top and some spicy hot peanut butter sauce on the side.
Posted by Ken Broadhurst at 07:30