A lot of people who live in the Loire and Cher river valleys buy their wine in boxes. It's less expensive packaged that way than in bottles. It's better for the environment. Bottles are expensive to transport because they're so heavy. The wine box, called une fontaine à vin or un BIB — pronounced [beeb] — aren't meant for long-term wine storage, but they'll keep the wine fresh for many months if they haven't been opened, and for three or four months after you open them and start serving  the wine. At home, people fill bottles that they re-use, or they serve the wine in pitchers. This is how we buy and serve wine most of the time. 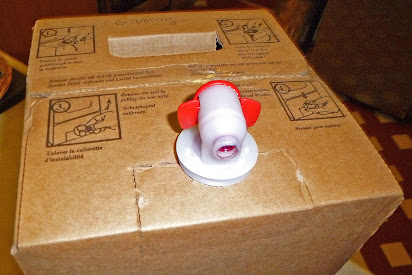 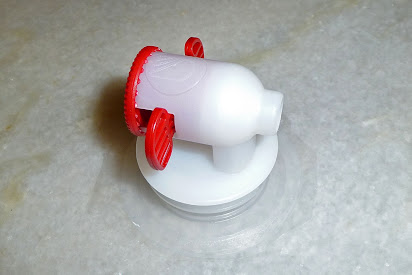 For the first 10 or 12 years after we came to live here, we often bought wine en vrac (in bulk. The winery people would pump wine from their vats to fill 10-liter jugs that we bought for that purpose. The wine in the jugs would start oxidizing, slowly turning into vinegar, once the the jugs were open. To keep it fresh longer, we would put it into bottles that we saved and re-used. We bought corks and a corking machine (which cost about 25 euros). But then a lot of the local wineries stopped selling wine in bulk. They sell it mostly in BIBs and bottles now. Bottling wine was fun for a while, but over the years we got tired of doing it. Now we buy BIBs most of the time. We've been recycling the bottles that we saved for the first few years we lived here. 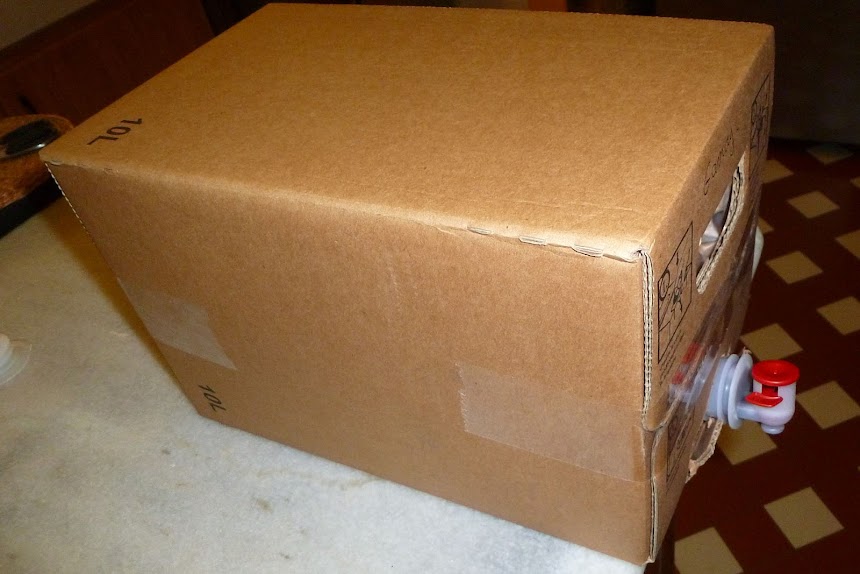 As you can see, the BIB "bladder" is fitted with a little spigot that makes it easy to put the wine into a bottle or pitcher that you take to the table or store in the refrigerator. In France, wine is an everyday product, not a luxury item. Just because a wine is not bottled and aged doesn't mean it's not good wine. It's vin de soif, not vin de garde. Above is a BIB of Gamay red wine, which is definitely a vin de soif. I bought it at a winery in  the nearby village called Châteauvieux. 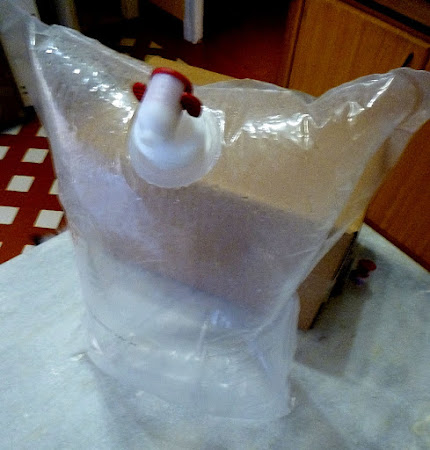 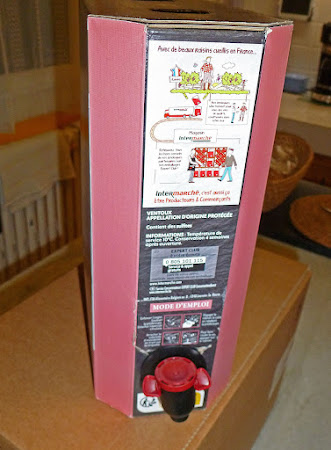 Because the wine in a BIB is actually in a plastic bag that shrinks as you empty it, the wine is not much exposed to oxygen. It's contact with oxygen that turns wine into vinegar. When the BIB is empty, we recycle both the cardboard box and the plastic bag. Above right is a BIB of rosé that we bought at the supermarket. It's sold that way in supermarkets as well as at wineries.
Posted by Ken Broadhurst at 07:08